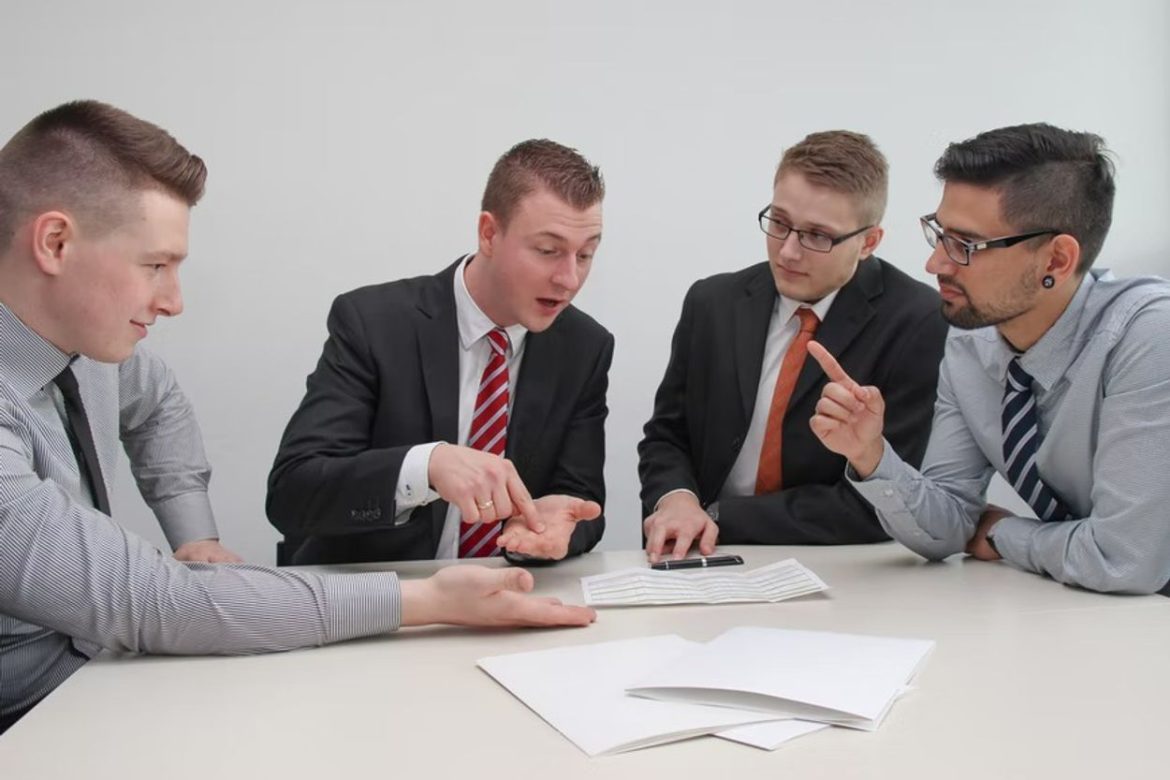 An argument or opinion that’s formed based on anything other than logic and reasoning is a fallacy. Argumentation theory signifies the types of arguments that can result from such fallacies.

Two of the most commonly occurring fallacious arguments are Ad hominem and Ad populum.

Ad hominem and ad populum lack logical reasoning and factual understanding. Ad Hominem means using personal attacks to overthrow or form an argument, while Ad Populum is based on forming an opinion that’s accepted or followed by the majority.

Let’s get into further details.

What Does Ad Hominem Mean?

Ad hominem is a Latin phrase that literally means “to the person”. Ad hominem, therefore, translates to an argument to the person. However, based on the modern understanding of the concept, a more relevant interpretation would be an “argument against the person”.

It’s used for arguments that are based on personal attacks rather than logical reasoning or standpoint.

Ad hominem arguments cause the argument to deviate from the main topic toward the character judgment of the person making an argument.

The speaker devalues the opinion or claim of the other person either because of his beliefs, race, or attributes. Instead of putting forth an argument that reasons with the opponent’s opinions with facts, evidence, and logic, the arguments boil down to the characteristics of that person, which leads to no conclusion.

Arguments based on the race, religion, political views, gender, or character of a person are all part of ad hominem fallacies. Any leading or counterargument that doesn’t impact the concerned topic or claim precludes any constructive debate or analysis.

Often, when put compellingly, people tend to sway towards emotion rather than logic. Making arguments about someone’s character or any other attribute can tend to influence the audience in an argument.

When this happens, opponents out of emotional rage and offense, usually use the same technique, this leads to a debate on the individuals themselves rather than the main argument.

When faced with an ad hominem fallacy, the first step to encountering it is to recognize it. Ad hominem arguments are of the following types:

An example of ad personam is:

Person A: Hey, I think if you have an open conversation with your wife, you guys can sort this out.

Person B: What do you know? You’re divorced.

Or using someone’s age as a reason to dismiss their argument.

A similar type of ad hominem fallacy is called ad feminam, where the characteristics or circumstances of a woman are used as a counterargument.

Tu Quoque literally means “you also”. Often when a personal attack is made during an argument, the opponent counters it with an attack of similar nature.

In an argument where person A and B share contradicting political views, person A claims that Person B is an immigrant and therefore, his political views are irrelevant.

Instead of addressing that this claim has no impact on his political knowledge and understanding, person B retorts with a personal attack.

Ex concessis fallacy means that the arguments of a person are dismissed because of his previous action or claim that’s inconsistent with his present argument.

For example, saying person A is guilty of theft because he has stolen before. This argument acts as a pre-emptive and overshadows the veracity of the situation.

Abusive ad hominem is pretty common in politics and everyday life. It includes name-calling and verbal abuse instead of making arguments that hold any factual or logical truth.

Politician A claims that politician B is a crook instead of making an effective argument about his political discourse.

Poisoning the well is a type of ad hominem fallacy that occurs when an audience or a third person is present as the arbiter of an argument.

The speaker makes an argument against the adversary that isn’t related to the matter at hand but creates a negative notion about the opponent. This somewhat influences the decision and final verdict of the audience.

The urge to fit in or the lack of logical reasoning often leads to the notion that since an opinion is considered by many, it’s most likely true. But truth has nothing to do with the majority. A claim that’s inexact, even if accepted by many, is still false.

A counter fallacy of the argument is that since an argument is accepted by a certain group of people it must be false. This is based on likes or dislikes for that group instead of logic and facts.

Ad Populum can be divided into the following categories:

Bandwagon argument is based on the desire to blend in or the lack of motivation to look for facts. Agreeing with the majority often seems like the easy way to avoid logical reasoning or rational arguments.

It’s used commonly used in advertisements, whether it’s for a product, a movie, or a scheme. Making statements like, we are the bestselling brand of product X can influence the opinion of the public.

Many cultures respect the opinions of the elderly or their religious advisors. If an opinion is considered true by them, the public is likely to develop a coherent opinion out of respect or admiration. The lack of analysis or logical reasoning makes this approach a fallacy.

Appeal to the Elite or Snob Appeal

A snob appeal is when the truth of an argument is judged based on the opinion of the influential majority of the community, whether that’s based on social or financial status.

A product used by the majority of celebrities doesn’t necessarily mean there’s not a better option available.

Ad hominem is a fallacious argument that’s based on a personal attack or a criticism about an individual’s past rather than on any logical evidence.

It’s based on dismissing opinions and arguments because of someone’s character, political views, ethnicity, or religion.

Ad populum fallacy is based on the acceptance or disapproval of an argument because that’s how the majority reacts to it.

It lacks the insight and logic of the individual and is simply influenced by what others think. Popular opinions, despite being popular can be wrong, using them as a premise can take away from the factuality of your argument.

When faced with an ad hominem fallacy, instead of using the same approach, acknowledge the fact that the said argument is baseless as it doesn’t influence the matter at hand.

Using the same approach will lead to a positive or constructive outcome.

The majority can be convincing but before accepting an opinion, do your research. Having a different opinion doesn’t make it wrong, nor does a popular opinion necessarily always have to be right.

When a group of scientists published a book against Einstein’s take on pacifism titled, “One Hundred Scientists against Einstein”, he retorted “If I were wrong, then one would have been enough!”

Poor or Just Simply Broke: When & How To Identify

Falchion vs. Scimitar (Is There a Difference?)