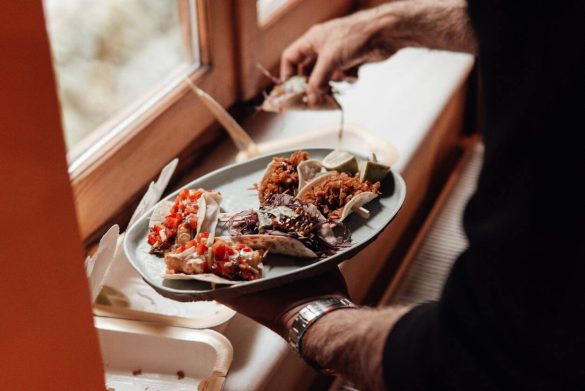 Birria and Barbacoa are both mouthwatering dishes from Mexican cuisine. The difference between them lies in their specific origins and the way they’re cooked.

Mexico has a rich food culture and is known for its variety of powerful flavors. The variety of Mexican meat and dishes is as diverse as the country itself.

When it comes to the most flavorful meat in Mexico, it’s really hard to beat birria and barbacoa. They’re both very delicious items that are cooked in similar ways. However, they’re usually made using different kinds of meat.

Both the dishes originated in Mexico and tend to look really similar. Therefore, it’s no surprise that some people confuse the two dishes. Even though they have a lot of similarities, there are many other things that help set these dishes apart.

In this article, I’ll be highlighting all the differences you need to know between the dishes birria and barbacoa. Let’s also learn more about where they come from.

What is Birria Called in English?

The word “birria” translates to an exquisite savory dish that is full of culture and tradition. It’s basically stewed meat that is seasoned with chili peppers.

As you know, birria is an amazing traditional dish from Mexico. It was originally made with goat meat, but now it can also be made with beef, veal, lamb, or pork.

There are multiple different ways in which you can consume this meat. For instance, it can be served as a stew or as a taco filling.

This dish is well seasoned with a mixture of chiles. The most common ones include guajillo, pasilla, cascabel, and morita. However, it can also include cinnamon, thyme, bay leaf, and cumin.

If you want to cook this meat traditionally, the first step is to salt it. Then, let it marinate with the sauce for approximately 12 hours.

Later, the meat is wrapped in maguey stalks with more of the marinade mixture. It’s placed in a sealed pot and is cooked directly over the fire. It can also be baked.

Once the meat is soft enough that it falls off the bone easily, then the juice is separated. Pre-roasted and ground tomatoes are added to it and kept for boiling.

The broth is seasoned and the meat is added again. Now, it’s ready to be served with any garnishes that one may like. The common ones are chopped onions, oregano, limes, tortillas, and hot sauce.

This dish has become one of the favorite food for not only the people of Guadalajara but for all Mexicans. The combination of many ingredients and powerful flavors make this dish stand out.

In Guadalajara, this dish is found almost everywhere. You’ll find it in restaurants as well as street stands. Usually, it’s served with broth, but it’s also eaten as dry meat in tacos.

Why is it called barbacoa?

Barbacoa is basically a form of cooking meat which originated in Mexico. Although many people call the dish itself barbacoa, originally this word referred to a cooking method.

Ultimately, the word was barbecue. This term can also be used to refer to the meat itself.

Traditionally, to make barbacoa, a lamb or a goat is slow-roasted for several hours in a pit. This pit is covered with maguey leaves.

It’s currently unknown exactly which part of Mexico barbacoa comes from. It varies a lot between some states. For instance, in Chiapas, barbacoa is made with pork and cooked with raisins.

However, this style of cooking is said to have originated from the Taino people of the Caribbean before it became popular in Mexico. It’s popular in central Mexico, mainly in the state of Hidalgo. There are many different ways of eating barbacoa and these differences vary from region to region.

In Mexico, the traditional way of cooking this meat is by digging a big hole in the ground. Then they heat the stones to high temperatures and put them at the bottom of the hole.

The meat is wrapped in banana leaves or pencas de maguey. The wrapped meat is then lowered into the hole.

The most common meat used in this dish is either a lamb or a goat. However, it can also be prepared using pork, ram, fish, or chicken. For instance, in the south of Mexico using seafood as barbacoa is very common.

Moreover, this dish is often consumed along with a soup which is known as consomme. This soup is prepared with different special leaves and the juice of the meat which is being cooked.

After seasoning it, it’s also introduced into the hole to be cooked at the same time as the barbacoa. The hole is covered with even more banana leaves and the dish is left to cook for about eight hours until it’s served.

What is the Difference Between Birria and Barbacoa?

The main reason why most people tend to confuse birria and barbacoa is that birria is technically a product of barbacoa. Birria is made by submerging barbacoa, which is meat, in a sauce that prepares it. Birria has a lot of variety and it depends on which part of Mexico you’re in.

Barbacoa is from central Mexico and its name comes from the cooking process. The meat is placed in a pot on a rack with water and herbs to allow for it to steam. It’s not completely submerged in the liquid.

It’s made using lamb or goat meat and is eaten with consomme, a type of soup. The meat is dipped and soaked in consomme. Barbacoa can be eaten in many different ways, depending on the specific region. It can be eaten as meat in tortas or tacos known as maciza.

On the other hand, birria originates from Jalisco and is said to be the juicier version of the dish barbacoa. A notable difference is that the meat in birria is completely submerged in the sauce when cooked. This is different from barbacoa where the meat sits above the sauce on a rack.

As the birria is done cooking in the juice, a blend of herbs, tomatoes, and onions is added to it. Birria is mostly eaten as a soup, but birria tacos have also managed to take the world by storm. These tacos are filled with this meat and cheese in a tortilla.

Both delicacies are quite similar, however, their flavors are very different. It should be noted that both the dishes are made with beef in many Mexican regions where there isn’t easy access to goat or lamb meat.

Here’s a video explaining the difference between birria and barbacoa in more detail:

What is Similar to Birria?

To be clear, birria comes from barbacoa meat, and this meat is soaked in a special sauce which is basically known as the birria sauce. This creates a unique type of barbecue. Barbacoa and birria, however, are very similar. The difference mainly lies in the flavors.

In short, birria is actually shredded meat from the barbacoa which has been submerged in a sauce. It can be eaten in many different ways.

It can be made using different types of meat, but the style of cooking will remain similar. The only thing that’s changing is the flavor and extra things which are added to birria.

Birria can be eaten as tacos as well. However, these tacos differ depending on the regions and traditions in which they’re made. For instance, birria tacos of Guadalajara are usually made with sheep or goat meat.

Take a look at this table summarizing the different meats used to make birria based on different regions:

What is the Difference Between Barbacoa and Carnitas?

The main difference between carnitas and barbacoa is that pork cuts are used to make carnitas. Whereas, barbacoa can be made using different meats, such as beef, lamb, or goat meat.

Another notable difference is that after hours of slow cooking, the shredded meat used for carnitas is roasted or pan-fried. This makes it crispy.

In Mexican cuisine, there’s confusion around many pairs of dishes. For instance, people tend to get confused between tacos and fajitas, burritos and enchiladas, and many more.

Carnitas and barbacoa are just another pair of dishes in Mexico that are constantly thought by people to be the same.

However, there are many differences between them. The meat which is traditionally used for carnitas is pork. The heavy marble parts are chosen for this dish.

It can also be made using chicken. The breasts and thighs of the chicken work well for this dish.

On the other hand, barbacoa is made using many different types of meat depending on the region. For instance, in northern Mexico, the meat for barbacoa includes beef head and goat meat. Lamb is also a popular choice.

Many people tend to confuse them also because of the way that both dishes look. When they’re fully cooked, the end product is always shredded meat. However, if you look closely, you can see that carnitas look more crispy and crunchy because they’re roasted.

Furthermore, in terms of texture, barbacoa may seem heartier and juicier as compared to carnitas. While carnitas is lighter in flavor, barbacoa can be much bolder because of the flavor of beef.

In conclusion, the main difference between barbacoa and birria is the way they’re cooked and the meat used. Barbacoa is more popular in Central Mexico. Whereas, birria originated from the Jalisco state of Mexico.

The term barbacoa is derived from the style of cooking, which is in a big pot or in a deep hole in the ground. Barbacoa is often eaten with a soup called the consomme.

On the other hand, birria can be eaten both as a stew as well as dry meat in tacos. Many different kinds of meat can be used to make birria, such as lamb, ram, pork, beef, or goat meat. It’s prepared in multiple ways depending on the region.

People often tend to confuse birria and barbacoa because of how similar the dishes are. In reality, barbacoa is a type of meat, while birria is made using this barbacoa meat in a special sauce.

WHAT IS THE DIFFERENCE BETWEEN HAMBURGER AND CHEESEBURGER?  (IDENTIFIED)

WHAT’S THE DIFFERENCE BETWEEN SALSA AND GUACAMOLE?

Brown Rice vs. Hand-pounded Rice—What’s the Difference? (Know Your...