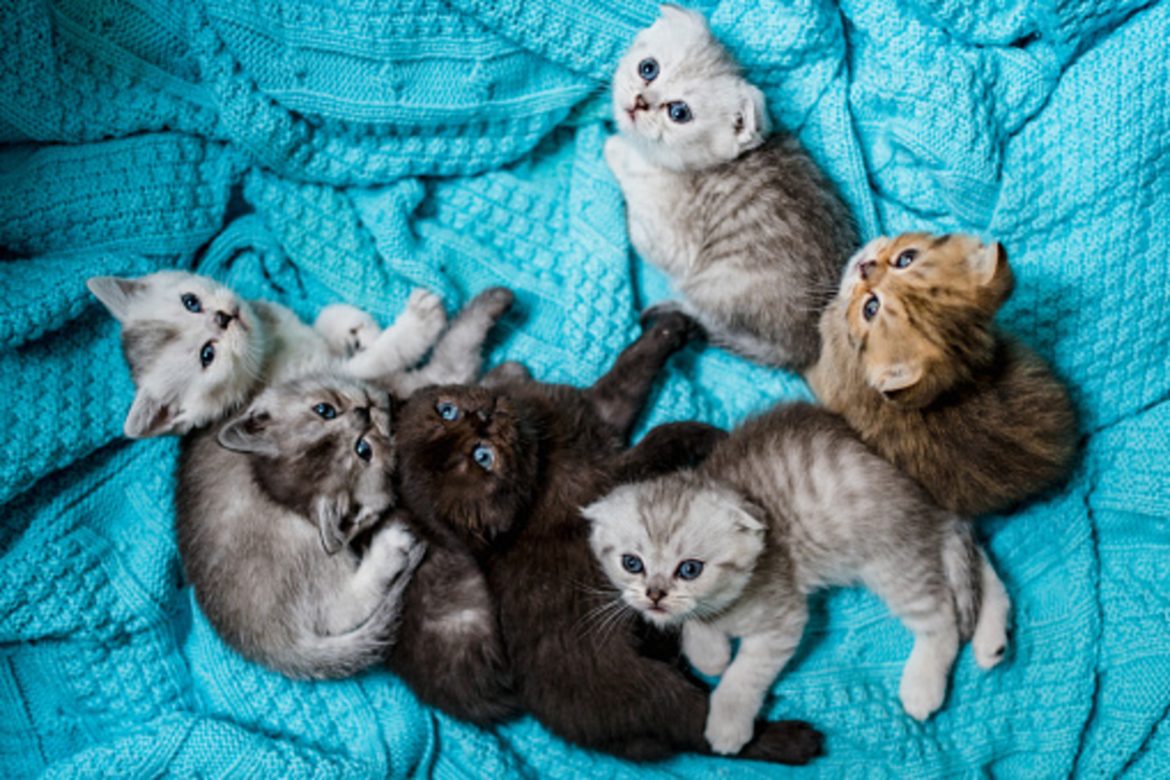 It’s better to bring kittens at home when they’re of 8 weeks. They shouldn’t be separated from their mothers until the eight-week period is covered.

To begin with, many kittens aren’t totally weaned by the age of six weeks, in which case they shouldn’t be separated from their mother.

Kittens who leave while they’re younger are more likely to suffer from emotional and developmental issues.

The kitten, for example, may suckle on both people and inanimate items. The ideal age for adoption is 12 weeks, but 8 weeks is acceptable.

It’s a significant change. Kittens should stay with their mothers for 8-12 weeks. At six weeks, they’re still reliant on mom cat, learning to use litter boxes and eat food.

People love to keep kittens as pets. They’re so cute and innocent, it feels like a delight to support them.

In this article, I’ll be talking about the comparison between the ages of the kittens to be brought home. I’ll also address several other FAQs too.

What Happens If You Bring Home A Kitten At 6 Weeks Instead Of 8 weeks? Is There Much Of A Difference?

At 8–12 weeks, unless the kitten is in danger of dying, it’ll be physically and socially healthy.

Foster kittens are placed in new homes at the age of 12 weeks, and they’re programmed to explore and adapt to their new surroundings.

Litter box issues, poor health from not drinking enough, and inability to empty the bladder or intestines without assistance can all occur after 6 weeks.

They haven’t learned how to play well with silky paws at six weeks, which leads to kittens being abandoned because they’re too much trouble.

Are Kittens Like Human Beings? Is it Too Early To Keep Them At 6 Weeks?

Yes, it’s too early to get a kitten at 6 weeks.

Cats grow at a different rate than humans, which might be difficult to comprehend. However, the kittens’ ages are as follows:

However, if you don’t look after them, they can easily harm themselves; they still benefit immensely from milk, and many wear diapers.

It’s like a 7-year-old human child at 8 weeks old. If food and protection are supplied, they can take care of themselves and grow up decently.

They’re still young, however, and would benefit from being with their mother. At 17 weeks, kittens go out like we teenagers do.

They’re ready to explore the world. They can look out for themselves.

Kittens just like us humans, probably quarrel with their mother and want to leave the house. They still require a safe atmosphere for a few weeks, as they’re risk-takers and inexperienced, as are most teenagers.

Mom would start chasing them away from her domain in the wild. As a result, pay attention to all of the other helpful tips and take good care of the toddler.

What Happens If You Adopt A Kitten At The Age Of Six Weeks?

The kitten’s mother teaches him how to urinate and defecate in the proper places. So, a 6-week-old kitten hasn’t learned everything he needs to know.

To your kittens, everything must be introduced gradually and in little increments.

All in all, when kittens are six weeks old, their carers have a lot less work to do.

The kittens should be able to clean themselves (as well as brush each other to strengthen their sibling relationships) and use the litter box.

Kittens at this age are capable of running and are energetic and lively.

6 Or 8 Weeks; When To Bring Kittens Home?

That two-week period has a significant effect.

The kitten will live and be physically healthy, but she may not be totally litter trained. My cat didn’t start litter training until its mother taught him to do so.

If a kitten is taken from its mother before the age of six weeks, it’s at risk of emotional trauma, and the mother may be emotionally affected as well.

Kittens continue to be nursed for 6 weeks, but it’s no longer for sustenance. Their mothers do it for the sake of their mental wellness.

Plus, it’s illegal to get rid of kittens before they’ve reached the age of eight weeks where I live because it’s considered cruel.

Is It Possible For A 6-Week-Old Kitten To Survive On Its Own?

No, a six-week-old kitten’s ability to survive on its own is extremely limited. It’s not only about eating and going to the bathroom.

Humans are lousy substitutes when it comes to social development.

A kitten that’s too young to be socialized will nonetheless grow up without the queen’s help but will have different quirks than a fully socialized cat.

Even at eight weeks, it’s too early.

At twelve weeks, when they’re old enough to be separated from the queen and littermates, kittens are still ridiculously cute.

To address your question, separating a six-week-old kitten from the litter and queen is a significant matter. Separating an eight-week-old kit is also a major issue, though marginally better.

If you already have a kid, work closely with your veterinarian to ensure a healthy and happy start to your new life together.

Overall, I’d say that you’ll be harming a cat if you keep them at 6 weeks. It’s the equivalent of informing a four-year-old that they’re on their own.

Nothing you can do will ever be able to replace what they should be receiving from their mother.

Is It Possible For A 6-week-Old Kitten To Thrive Without Its Mother?

It’s recommended to keep the kittens with their mother until they’re at least eight weeks old if not twelve. They’re close to the bare minimum at six weeks.

However, other feeding guidelines are sound. The first year of a kitten’s life should be spent feeding it kitten chow.

If the kitten has been abandoned and the mother isn’t around, the timeline is less important.

At the age of four weeks, our youngest cat was abandoned in a dumpster.

He was found by a young girl, who “fostered” him for a while until we were able to have him at about 7 weeks. He was delighted to join our family, which included two “elder brothers.”

He was well acquainted with others. He enjoys playing and cuddling with the older cats, as well as socializing with “the people.”

Does It Make A Difference If A Kitten Is Brought Home At 6 Weeks Or 8 Weeks?

Yes, there is a distinction.

Kittens should be kept with their mothers until they reach the age of three months. Mother cats teach their kittens how to use the litter box and basic survival tips and tricks.

They’ve grown up and are ready to separate from their mothers. Many kittens, however, are adopted at the age of two months.

People prefer the appearance of little kittens, and they’re more likely to be adopted than a more grown cat.

At six weeks, the kitten is too frail to have in a house. If it ventures outside, it may be killed or have a paw broken.

You’ll have to keep it inside till it’s a little older. At that age, it just demands more compassion and care than at two months.

If the kitten is litter box trained, it can look after itself for two months.

When Is The Optimum Time To Spay A Kitten?

At five to six months. Each cat is different, therefore you might be advised by the vet to spay or neuter your cat.

It’s recommended to spay or neuter kittens around the age of five to six months.

Spaying and neutering are not for kittens only, adult cats can also be spayed.

The greatest method to help reduce the number of unwanted cats in the Baltimore area is to spay or neuter your cat.

However, the advantages of spaying and neutering your pet goes beyond population control.

Fixing your kitten can assist in preventing your cat from engaging in various unpleasant behaviors and acquiring a variety of major health problems.

When May A Kitten Be Separated From Its Mother For The First time?

When a kitten stops suckling on its mother, he’s usually ready to leave before the age of six weeks. Although a cat can live if fed kitten replacer milk from a young age, it’s not suggested if the mother is present.

It’s a little early for a 3-week-old baby. I prefer 6 weeks, but I’ve also bottle-fed kittens whose mother passed away during delivery.

You may need to bottle-feed formula every 2-3 hours until they can lap it out of a bowl if you don’t have a mother. You can switch them to softer cat food once they can eat out of a bowl.

Because they don’t have as many maternal antibodies from nursing, they should be dewormed and immunized a little early (6 weeks for vaccinations).

If you’d want to consult, I’d be delighted to do so. It’s a difficult age to care for, but with the correct care and attention, they can develop into healthy kittens.

In conclusion, I’d say that,

There are a lot of guidelines for how to neuter and spay kittens that might help you with the caretaking of small innocent kittens.

Want to find out more about Ox and Bull? Take a look at this article: Ox VS Bull: Similarities & Differences (Facts)

The Difference Between %c & %s in C Programming

Being A Lifestyler Vs. Being A Polyamorous (Detailed Comparison)

‘Búho’ Vs. ‘Lechuza’; English And Spanish

The Difference Between A Movie Director And A Producer (Explained)

What Are The Differences Between A Cheetah, A...