Carnage VS Venom: A Detailed Comparison 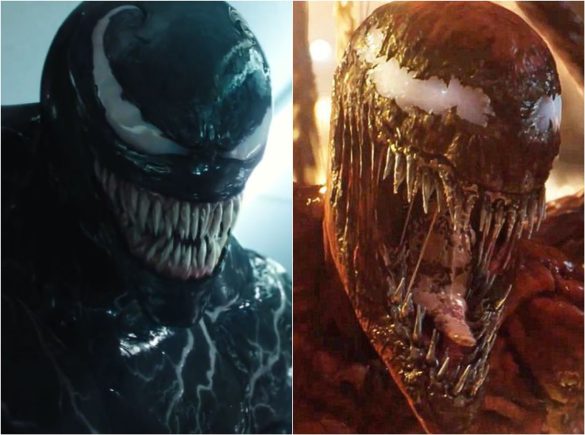 Marvel is home to many iconic villains, supervillains, heroes, and antiheroes. Why there is Loki, Thanos, The Abomination, and many more.

In this article, I’ll be comparing the differences between two particular Marvel characters. A supervillain and an antihero: Carnage and Venom.

Carnage and Venom are two characters belonging to the fictional ever-expanding universe of Marvel. They’re both alien parasites that require a host in order to survive. So what are their differences?

Venom appears as a black symbiote whose main host is Eddie Brock, a failed journalist. Although he can be violent and brutal at times, he’s much tamer than Carnage, his offspring. Carnage takes the form of a red symbiote who’s loyal to his main host Cletus Kassady a mentally ill serial killer. He’s a much more brutal version of Venom and a lot less merciful.

Keep reading as I dive deeper into these two characters’ differences.

Venom is the name of the symbiote attached to the ex-journalist Eddie Brock. He relies on his host, Eddie, to survive. He appears as this sentient slime-like black goo until he attaches himself to Eddie.

He was introduced in The Marvel Universe from the Battleworld and was created to host a war between good and evil. It’s Spiderman who brings this symbiote back down to earth when he makes the mistake of believing it to be a black outfit.

Currently, Venom’s host is Eddie Brock, however, he’s had many hosts prior to Eddie. Them being Spider-man, Angelo Fortunato, Mac Gargan, Red Hulk, and Flash Thompson.

Venom bears the ability to be able to change shape and sizes as well as create spikes or replicate human appearance. He can also speed up his wounded host’s healing, faster than if his host were healing on their own.

Although the character Venom was originally a villain, he is now widely regarded as an anti-hero that sometimes fights criminals.

Carnage is one of Spider-Man’s deadliest foes. Carnage is the offspring of Venom whose host is the mad serial killer, Cletus Kasady. He is known to be more violent and brutal than Venom.

Carnage was created by David Michelinie and Mark Bagley and was first introduced in the Amazing Spider-Man issue 361. Unlike Venom and Eddie, Cletus Kasady and Carnage are more internally linked with each other as host and symbiote because Carnage dwells in Kasady’s bloodstream.

Because of Kasady’s more violent and mentally unstable nature, Carnage is known to be more brutal and bloodthirsty than Venom. In fact, it was because of Carnage that Spider-man and Venom eventually teamed up to beat him.

Carnage has many special abilities, one of which is the ability to regenerate power through bleeding.

The Difference between Carnage and Venom

Venom is one of, if not the most, iconic Spider-Man villains of all. But villain or not, he has his own fair share of enemies, one of which is Carnage, his own offspring.

Have a quick look at this table to find out the difference between the two:

To learn more about this subject, take the time to watch this video.

Who does Venom team up with?

Venom is known to be a member of Sinister Six, but he has also teamed up with many superheroes, one of which is, surprisingly, Spider-Man.

Surprisingly, Venom, despite starting out as a villain, has actually joined noble groups like S.H.I.E.L.D and The Avengers. He’s even managed to find himself as a Guardian as well in Guardians of the Galaxy (2013) #14.

However, just because he’s found himself in a team of good guys, that doesn’t necessarily mean he hasn’t had his time in a team of bad guys. One of his most iconic villain team-ups is probably the Sinister Six where he goes up against Spider-Man along with Doctor Octopus, Vulture, Electro, Rhino, and Sandman.

Who are Venom and Carnage’s hosts?

Both Venom and Carnage went through several different hosts but their most known ones are Eddie Brock (Venom) and Cletus Kassady (Carnage).

Although it was previously established that Carnage has a strong sense of loyalty towards his main host Kassady, he’s had several other hosts that weren’t Kassady. Some of his hosts were John Jameson, the son of J Jonah, Ben Reily, and even The Silver Surfer.

He’s also managed to possess the body of Dr. Karl Malus who eventually became The Superior Carnage and the body of Norman Osborn, which from their combination resulted in Red Goblin.

Venom, on the other hand, also has a slew of hosts. I’ve already mentioned Spider-Man when Spider-Man mistook him for a black suit, but he’s also had a ton of other well-known hosts, one of which is the antihero Deadpool.

In Deadpool’s Secret Wars, it was revealed that one of Venom’s first human hosts was actually Deadpool. Although they parted ways, Venom eventually returned to Deadpool in Deadpool: Back in Black.

Some of Venom’s hosts were also:

What is their relationship with Spider-Man?

Venom is considered one of Spider-Man’s greatest archnemesis, however, somewhere along the lines, he ends up teaming with Spider-Man, especially when the lives of the innocent are at risk. Carnage is also an enemy of Spider-Man but he is more of a villain to Venom than he is to Spider-Man himself.

Initially, Spider-Man and Venom began as friends. Back when Spider-Man held the assumption that Venom was just some black suit, they worked together pretty well. But when Spider-Man discovered that his “black suit” was actually a sentient being that wanted to attach itself to him forever, he ends up rejecting Venom.

This caused Venom to hold deep resentments toward Spider-Man so he makes it one of his life’s goals to kill him.

Meanwhile, Carnage’s relationship with Spider-Man is much simpler. Carnage is a violent being that causes a lot of death and destruction and Spider-Man, as a hero, opposes it, which in turn causes Carnage to go against him.

Unlike Venom, Carnage holds no personal grudge against Spider-Man and fights him simply because he’s in the way. His personal grudge, however, is directed towards Venom.

Powers and Weakness: Venom VS Carnage

Symbiotes are naturally gifted with powerful abilities, some are quite similar while others are unique to each other.

Venom has the power of super-strength, shape-shifting, healing, and creating weapons out of nothing. Carnage shares a similar power to Spider-Man but he can also regenerate himself at a much faster rate. He also heavily relies on claws, fangs, and tentacles.

As for their weaknesses, Venom can’t stand incredibly loud sounds. This is shown in Spider-Man 3 when Venom was surrounded by metal tubes. In order to free Eddie from Venom, Spider-Man began banging on the metal tubes which caused Venom to writhe in pain and slowly remove himself from Eddie.

According to the Marvel Symbiote Wiki, symbiotes like Venom (and we have to assume Carnage also) are also weakened by intense heat and magnesium.

Which one is more morally corrupt?

Between Venom and Carnage, there’s no contest that Carnage is the more morally corrupt one.

Let me preface this by saying Venom isn’t inherently evil. Had he gone through much better hosts at first, he would probably be a full-fledged hero than an anti-hero. But because of his beginnings, Venom’s moral compass changed, but by his nature, Venom is actually more good than he is evil.

Carnage, on the other hand, is much more brutal and violent. However, much of this is owed to the fact that his host is a serial killer.

Carnage has done a lot of messed-up things. So much that we can’t possibly talk about all of them. A few notable ones are the ones where he infected an entire town and forced its residents to take part in Kassidy’s crimes and the one where he went “Maximum Carnage” and terrorized the city of Manhattan.

I mean, Carnage is literally synonymous with “massacre”.

To sum it all up, both Venom and Carnage are symbiotes in the Marvel Universe. Venom’s main host is Eddie Brock, an ex-journalist meanwhile Carnage’s main host is the psychopathic killer Cletus Kassady.

Venom began as a villain but ended up being an anti-hero due to his inherent goodness. Carnage, true to his name, is a morally corrupt symbiote owing to the fact that his host is a serial killer.

In the end, Venom and Carnage are both different characters with different roles in the Marvel Universe. Venom acts as the archnemesis to Spider-Man due to a personal grudge meanwhile Carnage is Venom’s own villain.

Want to check out something more? Check out my article What is the Difference Between Batgirl & Batwoman?

What’s the Difference Between “Anata” & “Kimi”?