Home LanguageGrammar Creme Or Cream- Which One Is Correct?
Grammar

Creme Or Cream- Which One Is Correct? 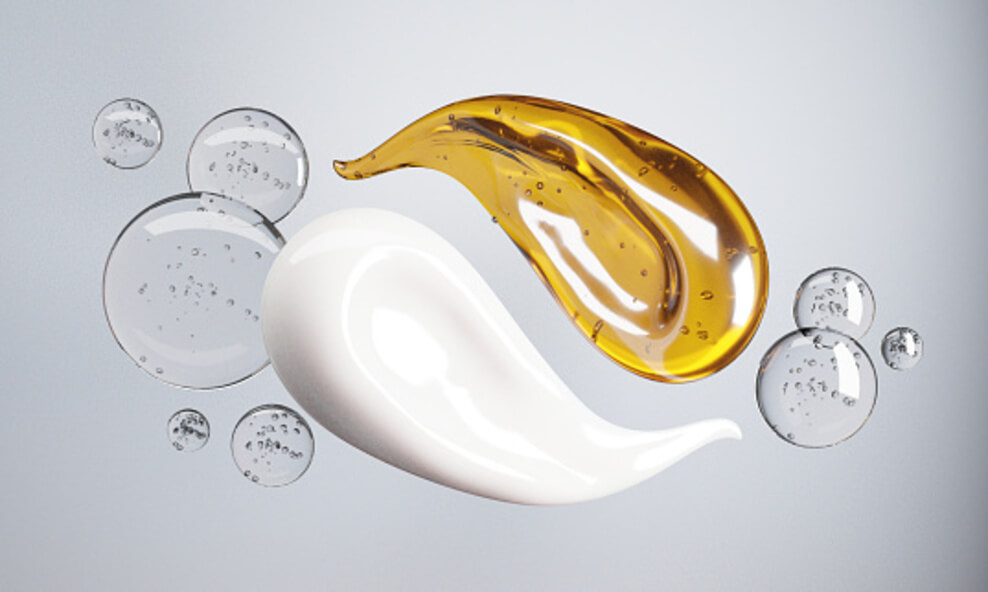 The spellings of a single word vary from language to language. One word may have more than one spelling that may differ in American English, French, and other languages.

English is quite vast when we look at grammar, spelling, and usage. Similarly, creme and cream are the same words, with different spellings.

The difference is that “e” is replaced by “a.” But that’s not all. Here is a lot more. It has distinctive theories in American English and French.

“Cream” is the English word for a wide variety of English and North American dairy products, whereas “creme” is a French word that is frequently used in conjunction with elements of French cuisine.

In this blog, we’ll look forward to the contrast between these words, their differences and similarities, and which language contains these spellings.

Both Cream and Creme refer to the same thing. The fatty extract of unhomogenized milk is known as “cream.” The term “cream” is frequently used to refer to the best type or part of something—the cream of the crop, for example.

Some liqueurs, such as creme de menthe, have the word creme in their name.

“Cream” with mint liqueur is the name of a color that resembles it. It can refer to stirring or heating a mixed liquid until it has a “creamy” consistency in cooking. They both refer to a thick liquid milk product that is commonly used in coffee or the preparation of many desserts and ice cream.

On the other hand, Crème is the French spelling and pronunciation of the English word “cream”. It loses its accent whenever we pronounce it in English. In a food context, it usually means that the manufacturer is getting a little posh and bouncing the French for an attempt at class, or that the product is devoid of cream.

It can become complicated because “cream” or “creme” can legitimately be used to describe texture.

Is Creme The Same As Cream?

Creme is the French word for cream. “Cream” is the fatty extract of unhomogenized milk. The term “cream” is frequently used to refer to the best type or part of something—the cream of the crop, for example.

Some liqueurs, such as creme de menthe, have the word creme in their name. A color that resembles it is called “Cream” with mint liqueur. It can refer to stirring or heating a mixed liquid until it has a “creamy” consistency in cooking.

The cream is the fatty portion of milk that is frequently used in cooking. It’s a sweet, white, gooey substance used in pastries as a substitute for whipped cream.

It also contains artificial sweeteners and thickening agents that help creams maintain their consistency. So we can say that creme and cream are the same words but creme is in French while the cream is in English.

What Exactly Is “Double Cream”?

The cream separates from whole raw milk and floats to the surface; this cream is then skimmed and sold in Europe and the United States as double or full cream. It’ll contain at least 48 percent fat. Mixing a small amount of milk with full cream yields single cream.

There are many types of creams, condensed creams, double creams, vanishing creams, cold creams, etc. Thus, all of them refer to creams with creme being the French spelling.

Therefore, the creme is a French spelling but it is spoken with an English accent. It’s a term used for French cosmetics. One can know the difference between the two if you study them deeply.

How Can You Differentiate Between Creme And Cream?

The distinction between creme and cream as nouns is that creme (in cooking) is a very sugary, fluffy white cream derivative. On the other hand, the cream is the butterfat/milkfat portion of milk that rises to the top and is separated from the remainder. The cream is an adjective.

The cream is a verb,

I always assumed that “creme” simply meant “cream” in French.

However, according to the dictionary:

A sweet liqueur or a cooking preparation made with or resembling cream.

What Is The Definition Of Cream?

The cream has the following definition:

It’s the yellowish portion of milk containing between 18 and 40% butterfat. When we say it is made of cream, we mean a dish that includes cream.

It’s something with a cream-like consistency; especially: a typically emulsified medicinal or cosmetic preparation. A white-yellowish-colored preparation. The thick substance used in the preparation of food and a part of the cosmetic industry is what cream is termed as.

It has several uses. It is used in the pharmaceutical industry, cosmetic industry, food industry as condiments, and even for preparing delicious sweet dishes.

What Is The Distinction Between “Cream” And “Creme” in American English?

In both British and American English, the cream is a dairy product. Creme is a word from France. It’s used in thick, creamy preparations either in culinary or cosmetics.

The cream is the thick white or pale yellow fatty liquid that rises to the top of milk when left to stand and can be eaten as a dessert accompaniment or used in cooking.

Another type of cream is one that is applied to the skin.

In other words, Cremé, also known as cream, is a French word that means cream. The term “crème” is frequently used to describe French-style creams, such as crème fraîche, or creamy French foods, such as cremé brûlée.

Is Cream A Dairy Product?

“Cream.” is a dairy product, consisting of a component of cow’s milk or (very rarely) sheep’s or goat’s milk. “Crème” is the name given by US law to a nondairy product that resembles cream. Your chocolate sandwich cookie is marked with a “creme filling” because what’s inside isn’t considered a cream filling.

It’s similar to “chocolate” as well as “chocolaty.” If you buy a packaged dessert labeled “full of chocolaty goodness,” you should know that the manufacturer does not have the legal right to call it chocolate.

Although US law is strict and effective in requiring truthful labels, it is the consumer’s responsibility to carefully read the labels. Creme, pronounced “cream,” is an incorrectly spelled and mispronounced Americanization of the French word for cream, “creme.” The food processing industry uses the term “crime” to refer to artificial cream.

What Is The British Spelling Of Cream?

In British English, “creme” is pronounced differently than “cream”. It is analogous to a short vowel sound of creme.

In addition to that, Cream has a medical definition that refers to a drug’s topical dose form:

In an emulsion or semisolid dose form, the vehicle is typical> 20% water and volatiles and/or 50% hydrocarbons, waxes, or polyols. This dose type is typically used for cutaneous or mucous membrane application.

On the other hand, “Sweet cream” is a term used to differentiate milk cream from whey cream, which is a by-product of cheese production. Whey cream is lower in fat and has a saltier, tangier, and “cheesy” flavor. Sour cream, crème Fraiche, and other partially fermented creams are common in many countries.

What Do You Know About Cream Fraiche?

Creme Fraiche is a creamy delicacy found in several cuisines. However, you may need a crème Fraiche substitute from time to time, and this guide will go through all of your possibilities.

Rich and creamy dinners and desserts can be made with creme fraiche. But you can still prepare creamy foods if you don’t have any on hand or can’t find any in your local shop.

Numerous items can be substituted for crème Fraiche. The crème Fraiche substitute you use will be determined by the recipe and elements like heat, texture, and flavor. It’s a french product that is in demand in America and other areas of the US too.

What Is Mascarpone And Greek Yogurt?

Mascarpone is a rich, creamy cheese with a hint of sweetness and high-fat content. It’s essentially interchangeable with creme fraiche. So, for baking, frying, and topping, use the same serving size as in the recipe.

Plain Greek yogurt is acidic and doesn’t have the same thickness or nutty flavor as crème Fraiche. It does, however, work nicely in baking as a substitute for cream Fraiche.

To get moist and wonderful results, substitute the same amount. If at all feasible, choose full-fat Greek yogurt.

A dollop of sweetened Greek yogurt on top of breakfast items like waffles and pancakes is also delicious. Finish with fresh fruit for the ideal breakfast or brunch.

In conclusion, cream and crème are two different words based on the language. Crème Fraiche is a French word, while cream is used in the English language.

There are many differences between the two. They are used for naming dishes. We’ve already given a broader look at their definitions.

The cream is the rich, oily, and yellowish component of milk that rises to the surface when the milk is left undisturbed. It’s the fat component of the milk that is used to make butter. The butterfat-containing portion of milk.

As a noun, “cream” is a fluffy white cream derivative with a lot of sugar. It’s a misspelled and mispronounced Americanization of the French word crème, which means cream (pronounced KREHM). “Cream is a term used in cooking, liqueur names, and other places.

It’s a term used in the United States to make chocolates and sweets appear more unique; it’s French, but without the accent mark. We believe that spelling chocolates “creme” but pronouncing them “cream” is incorrect, given that “cream” is a fully appropriate term.

Find out the difference between Happyness and happiness with the help of this article: Happyness VS Happiness: What’s The Difference? (Explored)

What Is The Difference Between Wakaranai And Shiranai In Japanese? (Facts)

The Chemistry Between NH3 And HNO3