Crossdressers VS Drag Queens VS Cosplayers 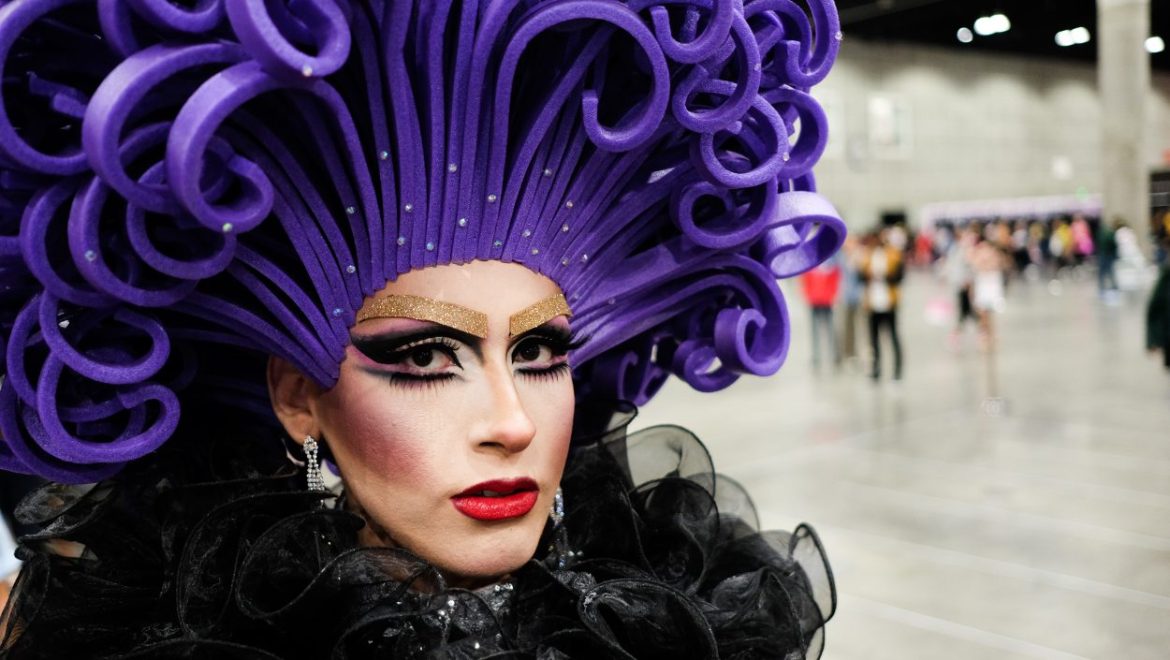 Crossdressers, Drag queens, and Cosplayers have one thing in common, all three of them dress differently than the dressing that is considered normal and socially acceptable for them.

Crossdressers wear items of clothing that aren’t associated with their sex, Cross-dressing can be done for different purposes, for instance, comedy, disguise, or self-expression, moreover it’s used to this day and throughout history.

Drag queens are usually male and use drag clothing and bold makeup for the imitation or exaggeration of female gender signifiers and gender roles for the purposes of entertainment, moreover drag queens are associated with gay men and gay culture, however other genders and people of different sexualities perform as Drag too.

Cosplay, is a portmanteau (a word that blends the sounds and combines the meanings of two others, for instance, motel or brunch) of “costume play”. It’s an act or performance in which people participate, such people are called Cosplayers, these participants will wear costumes and different kinds of fashion accessories to represent a specific character.

The difference between Crossdressers, Drag queens, and Cosplayers is Crossdressers wear clothing that has no association with their sex, they do identify as the gender of their birth, but act like the opposite gender by clothing themselves as the opposite gender. Drag Queens are often gay men, who wear drag-styled clothing with bold makeup. Cosplay is a costume play, where people participate and wear costumes with fashion accessories to enact a specific character, Cosplayers can be of any sexuality.

What do you mean by Cross-dressing?

Cross-dressing is the act of clothing oneself as the opposite gender. Cross-dressing can be used to feel comfort, for disguise, for comedy, or for self-expression. The term “cross-dressing” refers to an action or behavior, but without implying specific causes for such behavior. Moreover, Cross-dressing isn’t synonymous with being transgender.

As men cross-dressers wear clothes like the opposite gender, with that, they create a feminine figure, thus, most male cross-dressers will use various types or styles of breast forms. Such forms are silicone prostheses which are used by women who have undergone mastectomies.

What are Drag Queens?

A drag queen is a male, mostly, who uses drag clothing and bold makeup to enact female gender signifiers and gender roles to entertain people. Most people have misconceptions about Drag Queens that, only gay men can be drag queens, but in fact, people of many other genders and sexual identities can be called and perform as drag queens.

The first person who referred to himself as “the queen of drag” was William Dorsey Swann, who was a slave in Hancock, Maryland.

He started hosting drag balls in Washington DC in 1880 which were attended by other enslaved men, the place used to get raided by the police very often as well as get documented in the newspapers. Unfortunately, people weren’t as aware as they’re now, thus it was difficult to host such balls without raising an issue. In 1896, Swann was sentenced to 10 months of jail on the false charge which was for “keeping a disorderly house” (euphemism for running a brothel), and was requested a pardon from the president for hosting a drag ball, but the request was denied.

RuPaul is one of the most famous drag queens, his series called RuPaul’s Drag Race is enjoyed by people all over the world.

Here is a video where the cast of RuPaul’s Drag Race talks about the history of Drag Queens.

What do cosplayers do?

Cosplay is described as a portmanteau of “costume play”, which is a performance in which participants are called Cosplayers. They dress in costumes and fashion accessories to perform a specific character.

“Cosplay” is a Japanese portmanteau of the English terms costume and play. The term was coined by Nobuyuki Takahashi of Studio Hard when he attended the 1984 World Science Fiction Convention (Worldcon) in Los Angeles. There he witnessed costumed fans and later wrote about them in an article for the Japanese magazine My Anime.

Cosplaying has become a hobby since the 1990s. It has made a significance in the culture of Japan as well as many other parts of the world. Cosplay can be called fan conventions, today there’re innumerable conventions, competitions, social networks, and websites on cosplay activities. Cosplay is quite popular among all genders, and it isn’t unusual to see such cosplays. Moreover, it’s referred to as gender-bending.

What’s the difference between a drag queen and a cross-dresser?

Crossdressers are primarily male and female, while Drag Queens mostly are gay men. A crossdresser is a person who clothes in the clothing of the opposite gender, this act can be done to feel comfortable, for disguise, for comedy, or for self-expression, whereas Drag Queens clothe in drag-styled clothing and do bold makeup to imitate gender roles to entertain people.

Here is a table to differentiate between Drag Queens and Crossdressers.

Yes, you can cross-dress as a Cosplayer. There’re many cosplayers that represent a character of an opposite gender better than the same gender, thus a cosplayer can cross-dress.

Cosplayers are the participants of a fan convention, where they represent a specific character. People all over the world enjoy such conventions. As people dress as the character they are playing, there’s no limitation on playing a character that is of the opposite gender, because they will be dressing in costumes.

People come to the cosplays to watch the characters and not the cosplayer, meaning a cosplayer should represent a character that he/she can perform well, even if it means cross-dressing.

Decades ago, people weren’t as aware as they’re today about their sexualities or preferences. The world is filled with many types of people with different sexualities and preferences, for instance, Drag Queens and Crossdressers. Most people mix up terms as they’re not as aware, Cosplayer is the term that is mostly mixed up with Crossdresser, but if explained simply, there won’t be any mix-ups.

Decades ago, people had a hard time accepting Drag Queens, it was so bad that the first person who referred to himself as a Drag Queen and hosted Drag balls was sentenced to jail for 10 months, but today people love to see their performances.