What’s the Difference Between America and ‘Murica’? (Comparison) 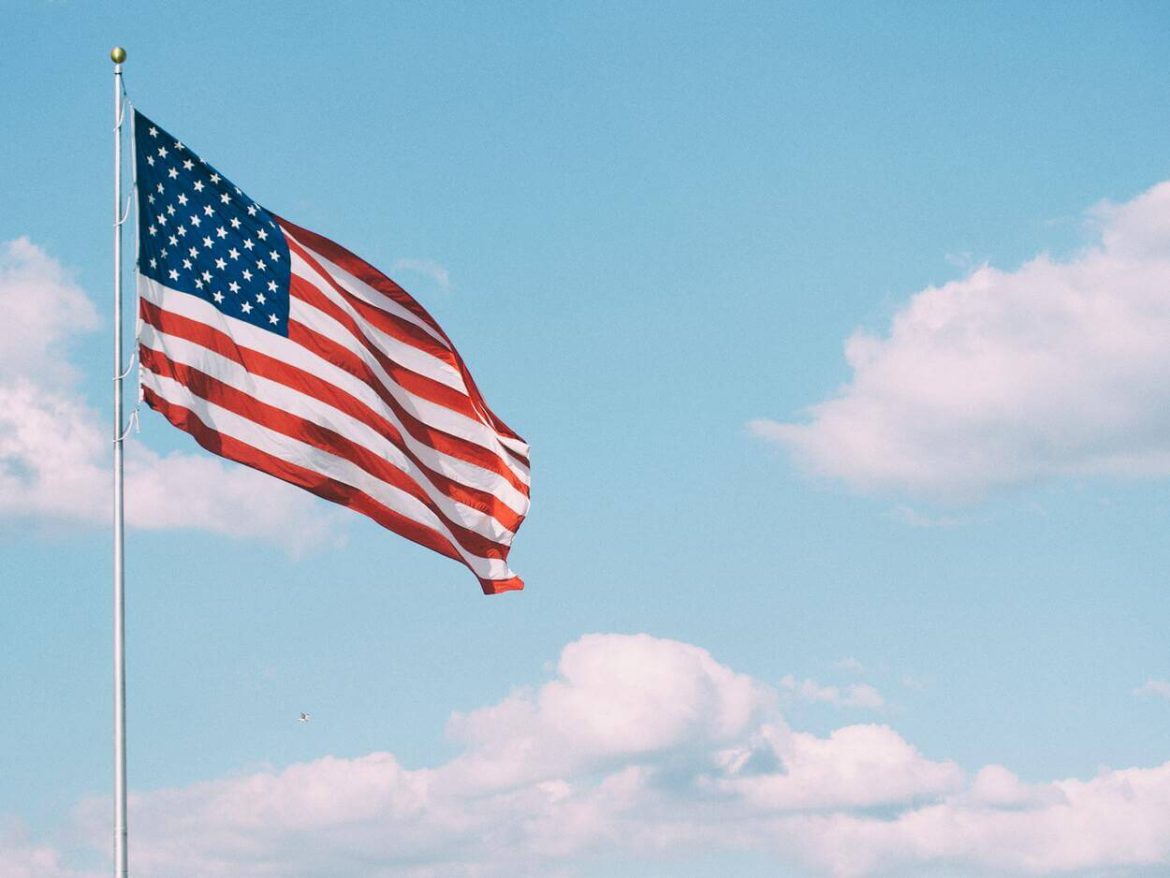 The main difference between the two terms is that one is somewhat official while the other is slang. “America” is an abbreviation for the official name, commonly known as The United States of America. In contrast, “Murica” is a term that describes the part of America where stereotypes are.

Those who live in “murica” are also called Muricans, an impolite way of saying “American.” It’s used to project a sense of dislike towards the country and its inhabitants. A conservative may say, “Those muricans think they’re better than everybody else, so arrogant!”

Murican is a sarcastic exaggeration used for redneck Americans. If you don’t know who Rednecks are, specifically, they’re a sort of stereotypical cowboy Americans.

Let’s dig deeper into how it happened.

How America Got its Name?

It’s named after Amerigo Vespucci. He is an Italian explorer who went to the lands where Christopher Columbus sailed in 1492.

America is the landmass that divides the Atlantic and Pacific oceans. It’s considered two continents by the English speakers, North America and South America. However, it’s only viewed as one for the Spanish and Portuguese speakers.

While America is an official nickname for the United States of America, “Murica” is a slang term for the same country. It’s considered a pejorative term that supposedly refers to rural, uneducated Americans and their culture.

What does Merica Mean In English?

Many people have been using the term Murica long before it became ironic. In the early 1800s, America was written as “‘Merica.” This is because some parts of the southern part of America pronounce America as such.

For some Americans, “Murica” expresses their patriotism and American pride. While others use it to insult and mock those they think of as Muricans.

If you’re a “freedom-loving,” “flag-waving,” red-blooded person from the USA, others may mock you as living in Murica.

It’s a common perception that Muricans emphasize the symbols of their country, but in reality, they don’t really understand its values. They’re also regarded as blind patriots by some. Many believe that “Murica” is a snarky and dismissive slang term for the United States of America.

Where Did the Term “Murica” Originate?

As mentioned, it originated with people mocking imaginary “red-necks.” For example, those who used to participate in parades on the main street played baseball, ate apple pie, and waved flags around.

In addition, the term Murica is used to emphasize qualities that are stereotypically American. For instance, materialism or fervent patriotism. It’s a phonetic spelling of a non-standard pronunciation of America and is written with an apostrophe before the “m.”

The earliest known reference to the term Murica was made in a novel from the World War II era. Many people believe that it’s more of a recent invention, but it’s been part of the old culture for a long time.

Its earlier usage reflected the general speech pattern, which affected the pronunciation of many words in the US. In simple terms, it’s part of the history and traditional culture of the country.

Moreover, the variant “Merica ” has been used in the U.S. since the 1800s. It’s believed that Murica was derived based on the wordplay of this term.

In the 2000s, The Murica jab took off due to political commentary. A comment in 2003 on a website ironically described the US government’s foreign interference as ”lil old murica.” This term went further into the mainstream in 2012 when it started being used on social media pages like Facebook and Twitter.

What’s the Full Meaning of Murica?

It started as just a simple name for Southerners, but later on, it has that rude, prejudicial, or condescending meaning.

Murica is a humorous, derogatory term for the United States of America. It’s viewed this way by the stereotypical Southerner or Conservatives.

It’s considered a slang way of referring to America. It implies extreme patriotism and stereotypes of how white southerners might pronounce it.

Sometimes, it’s still spelled as Merica just like the old times. The term was derived from the way an uneducated American would pronounce America. So basically, Murica came into existence as Americans started to mock the thick accents of others, those who they thought of as uneducated.

Although, others use this term who believes it signifies extreme or absurd patriotism. It’s the epitome of freedom. However, it’s taken to a point where it has become nearly ironic or worse.

They believe that this term is for those who have no idea what goes on in the United States and its value but call themselves patriots. It’s claimed that many conservatives or southerners see America this way.

Who are the Muricans?

It’s someone who lives out in the hills. Redneck is also considered a mildly offensive term for a lower class, white person from the south-eastern states of the USA. They’re also known as hillbillies and Bogans.

This term is derived from someone who spends a lot of time doing manual labor outside and, therefore, received a “redneck” due to the heat and sun. It’s considered an insult and a racial slur against white people who live in the country.

Tan is for those who have money to enjoy, while a red neck is for someone who works all day to survive. Because of this insult, ethnicity is far from realized for some who experience bullying because of this.

Moreover, the term Murican is based on how some Americans (usually rednecks) say the phrase “I’m American.” When they pronounce this phrase, it basically comes off as if they’re saying, “I’m Murican.”

Are USA and America The Same?

As shocking as it may sound, they’re not the same!

This is a surprise to many as they’re unaware of this fact. Whenever people use the singular term America, they almost always refer to the USA.

The difference is that the term “America” represents all the lands in the Western Hemisphere. These comprise the continent of North America as well as South America. On the other hand, the United States of America, commonly abbreviated as the U.S.A, is a country in North America.

They’re commonly used interchangeably. However, what they represent is different from each other.

The word America refers to the part of the world which includes many countries. At the same time, the USA refers to a federation of only 50 states which have united to form a nation within one regulation or distinct government.

In short, America refers to the part of the landmass that consists of North, Central, and South America, along with their adjoining islands. The USA, however, is a specific country.

Here’s a table comparing both America and USA:

What are Nicknames for America?

Americans tend to have many different nicknames for their country. To avoid confusion and sound more fluent, one must know some of them.

Here’s a list of the most famous names for America:

Why Do People from the USA Call the America “Murica”?

While it has a bad meaning, it’s just a simple term for some.

However, some people use it as an insult to make fun of the Americans they consider unenlightened. Aside from rednecks, it’s even meant to describe gun supporters and Bible thumpers.

Basically, it describes the worst stereotypes people have of America. Many people believe it’s an overused and a “dumb” word.

This term had become a way of distinguishing between different social classes and a way to profile someone racially. It led to a superiority complex. And although the use of this word is just okay for some, it’s disapproved by many today.

Is it Disrespectful to Call America- “Murica”?

As described above, calling America “Murica” is super disrespectful! But some believe that it depends on whether it’s meant to be rude. They say it’s more conversational and not about respect.

They justify using this word by saying that people jokingly use it with their friends and only do so because they’re comfortable enough. Not only in America, but many people worldwide use such terms. They believe that this term is only used for people they’ve known better and is not brazenly insulting if done in humor.

I understand why people disapprove of its use because of its history. You can’t deny that it’s been associated with a liberal insult against rednecks. They believe that it’s a term used to disparage America, and any term used as a disparage is disrespectful.

The point is that Murica is slang for American Southerners. But using it’s seen as derogatory, and many believe that those who use it are ignorant. It stereotypes white people living in the country and is used as a form of disapproval towards them.

Besides, the USA and America aren’t the same. The former is a part of the land within a country. The latter is a landmass that consists of the Western Hemisphere. Furthermore, insults on Muricans are made by those in the USA and not the entire landmass of America.

I hope that this article clarified all your questions about the differences between America and Murica! Be careful what word you use next time!

“COPY THAT” VS “ROGER THAT” (WHAT’S THE DIFFERENCE?)

A WIFE AND A LOVER: ARE THEY DIFFERENT?

THE DIFFERENCE BETWEEN MY LIEGE AND MY LORD

Click here to learn more about America and Murica.