Home EntertainmentMovies What is the Difference Between Batgirl & Batwoman?
Movies

What is the Difference Between Batgirl & Batwoman? 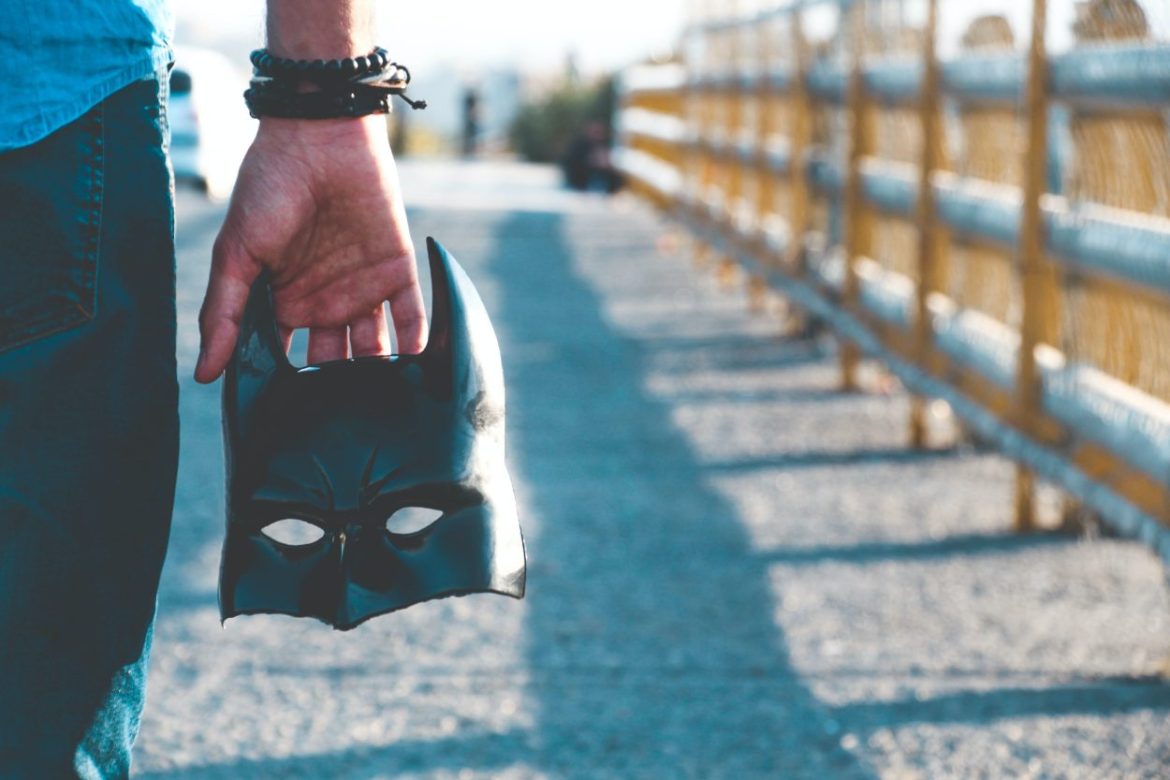 Movies are a huge part of people’s lives, there’re thousands of movie industries and every one of them creates different materials. Each individual has their own preference for instance some like Marvel movies and some like DC movies. Both of these industries are incredible and have been flourishing for years, they both give viewers different and new material each time which we all enjoy. However, we will dive into DC movies to understand some of their characters more.

DC Universe is an American entertainment company that was founded in 2009. It’s based in Burbank and California, moreover, It’s a subsidiary of Warner Bros and it manages all of its units like DC comics. DC Comics, Inc is an American comic book publisher, it is one of the most renowned, largest, and oldest companies. Its first comic was published under the DC banner in the year 1937, Moreover, most of its publications happen in the fictional DC Universe featuring many iconic and heroic characters, for instance, Superman and Batman.

Here is a video that explains the history of the DC universe.

However, the characters, Batwoman and Batgirl can mix up as most people haven’t heard of Batgirl as much as they have heard of Batwoman. Most people think that Batgirl is the daughter of Batwoman which is not true.

Both Batgirl and Batwoman are two different characters, but Batwoman was introduced as a hero inspired by Batman, and Batgirl is considered a female counterpart to the superhero you know by the name Batman. Batgirl is more of a Robin to Batman, sidekick if you will. Moreover, Batwoman is a protagonist, a woman version of Batman. Both of them were introduced to help fight crime with Batman so the difference between Batwoman and Batgirl can be, that Batgirl first appeared in detective comics in January 1961, Batwoman, on the other hand, started appearing in Detective Comics in the year of 1956.

Here’s a list of things that can help you identify the differences between Batwoman and Batgirl.

Batgirl is a fictional character in the DC Comics, and there are many Batgirls, Betty Kane was the first Batgirl introduced by Bill Finger and Sheldon Moldoff in 1961, however, she has replaced by Barbara Gordon in 1967 and she was introduced by the writer Gardner Fox and an artist named Carmine Infantino. She is the daughter of police commissioner James Gordon.

Batgirl operates with Batman, Robin, and other vigilantes in Gotham City, she has made an appearance in Detective Comics, Batman Family, and other DC books until the year 1988. When Barbara Gordan appeared in the comic Barbara Kesel’s Batgirl Special #1, she retired from crime-fighting, furthermore, she also made an appearance in Alan Moore’s graphic novel Batman: The killing, as a civilian, where she was shot by Joker which resulted in paraplegic.

After getting shot, she was reimagined as an expert in computers and an information broker Oracle, however the following year, her paralysis started a debate which was about the way women are portrayed in comics, primarily the violence towards the female characters.

In the 1999 storyline “No Man’s Land”, a character named Helena Bertinelli who is known as Huntress, took the role of Batgirl briefly, however, Batman took out that identity for violating his codes. Furthermore, in the same storyline, Cassandra Cain, a new character was introduced, she is the daughter of assassins named David Cain and Lady Shive and under the guidance of Batman and the Oracle, she plays the role of Batgirl.

She was considered one of the most prominent characters of Asian descent to be in American comics, however, in 2006 the series got canceled, and in the duration of the company-wide storyline “One Year Later,” she was made a villain as well as the head of the League of Assassins. As she received a huge amount of harsh feedback, Cain was brought back as her original conception.

Furthermore, a character named Stephanie Brown who is known as Spoiler and later Robin takes the role of Batgirl after Cassandra Cain abandons it. She was a featured character in the series Batgirl from the year 2009 to 2011 which was before the DC’s The New 52 relaunch, where Barbara Gordon was shown to be recovering from her paralysis, thus Barbara returned later as the Oracle in 2020 and she is currently operating as the Oracle as well as Batgirl with her other Batgirls, Cassandra and Stephanie.

Co-publisher of DC Comics, Dan DiDio said that Barbara is the best-known version of the character.

Batwoman is a character in the DC comics, she was created to help fight crime with other characters like Batman. Kathy Kane is the original Batwoman, she made her debut in July 1956 in Detective Comics #233.

Primarily, she was created for the romantic interest of Batman as Batman and his sidekick Robin were promoting a gay lifestyle. Such actions were taken in the book Seduction of the Innocent written by Frederic Wertham in 1954.

Kathy Kane is a rich heiress which is hard to believe as she was a circus performer. With her athletic skills, she decided to become a crime fighter and later she becomes an ally of Batman and Robin. Moreover, Betty Kane who is the niece of Kathy Kane becomes Batgirl, basically a sidekick of Batwoman. Being Batgirl, she became a romantic interest for Robin as well.

In 1964, Julius Schwartz, editor of DC Comics became in charge of Batman and Detective Comics and he dropped Batwoman as well as Batgirl, however, in 1919, Batwoman made an appearance only to be murdered by the enemies of Batman known as the League of Assassins.

After decades, Kate Kane was introduced as the new Batwoman by the DC Comics, she appeared in issue #7 of the yearlong series 52 in July 2006. As the first Batwoman was created to show that Batman wasn’t gay, however, the new Batwoman, Kate Kane was presented to be a lesbian and also was shown as being in a long-term relationship with a police detective named Renee Montoya of Gotham City.

Are Batwoman and Batgirl the same?

Batwoman and Batgirl can’t be the same as both of them were introduced in different years by the DC Comics. The first Batwoman was created to be a romantic interest for Batman as Batman and his sidekick Robin were portraying a gay lifestyle, however, when a new Batwoman was created in 2006, she was presented as a lesbian. Batgirl named Betty Kane, niece of the original Batwoman, was created to be a sidekick of Batwoman and with that, a romantic interest was shown between Batgirl and Robin.

There are a few Batwomen and many Batgirls, but the original Batwoman is Kathy Kane and the first Batgirl is Betty Kane, however, Barbara Gordon is said to be the best-known version of Batgirl.

There’re many Batgirls, however, none of them are the daughter of Batman. The first Batgirl, Betty Kane is the niece of Kathy Kane, the original Batwoman. Barbara Gordon is considered the best-known Batgirl and is the daughter of Commissioner James Gordon.

There’re two more characters that played the role of Batgirl briefly when Barbara was going through paralysis, Helena Bertinelli, who is a huntress, but she played Batgirl for a short time as she broke Batman’s codes. Helena is the daughter of Santo Casamento, who is in the don mafia family.

Cassandra Cain also played the role of Batgirl briefly, she is the daughter of assassins named David Cain and Lady Shive.

What is Batman and Batwoman’s relationship?

The first Batwoman was introduced as a romantic interest for Batman because Batman and Robin who is his sidekick were portraying a gay lifestyle. However, the second Batwoman was created as a lesbian and just an ally of Batman.

Kathy Kane was the first Batwoman who was a love interest of Batman, Bruce Wayne, however, Kate Kane, who is the modern version of Batwoman and a lesbian is said to be related to Bruce. Kate Kane and Bruce Wayne are first cousins because the mother of Bruce Wayne was Martha Kane before marrying Bruce’s father Thomas Wayne.

DC is a huge company, thus keeping track of every character can be challenging. However, the only thing you need to know is that every character is introduced for a purpose.

There’re many characters that played Batgirl, here is a list of them:

What Is the Difference Between Sent and Delivered on Facebook? (Let’s See)