Home Technology What Is the Difference Between CUDA Cores and Tensor Cores? (Explained)
TechnologyTools

What Is the Difference Between CUDA Cores and Tensor Cores? (Explained) 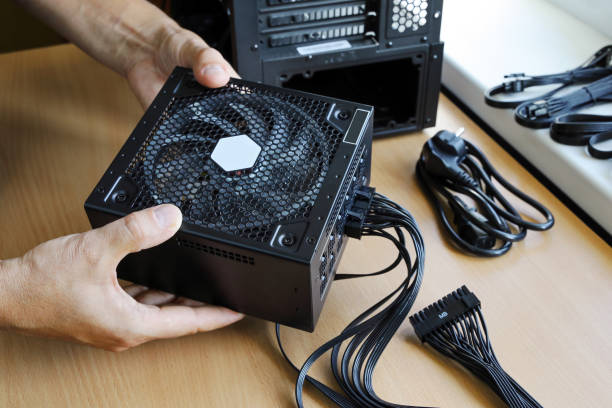 CUDA cores are a parallel computing platform and application programming interface (API) that enables software to make use of specific types of graphics processing units (GPUs) for general-purpose processing.

In simple words, these cores are an important part of the GPUs in your pc to do certain calculations. CUDA cores are used to multiply two numbers and add them to another number.

Whereas Tensor core is the same but with 4×4 matrices. These calculations are basically rendering graphics faster for you.

CUDA is a software layer that provides direct access to the GPU’s virtual instruction set and parallel computational elements for the execution of compute kernels. CUDA was developed to work with different programming languages including C, C++, and Fortran.

The ability to work with different programming languages makes it easier for specialists in parallel programming to make use of GPU resources if we differentiate it from prior APIs such as Direct3D or OpenGL, which would require you to have a more advanced skill base in graphical programming.

GPU with CUDA also supports programming frameworks, such as OpenMP, OpenACC, OpenCL, and also HIP which can compile such code to CUDA. The first name used for CUDA was an acronym for Compute Unified Device Architecture. However, Nvidia later dropped the commonly used acronym.

When processing huge blocks of data in parallel, this design is superior to general-purpose central processing units (CPUs) for algorithms, such as:

Uses of the CUDA Architecture Now and in the Future

What Is a Tensor Core?

Specialized cores called Tensor Cores allow for mixed-precision training. These specialized cores’ initial generation does this with a fused multiply-add algorithm. This makes it possible to multiply and add two 4 x 4 FP16 matrices to a 4 x 4 FP16 or FP32 matrix.

The ultimate result will be FP32 with only a slight loss of precision, mixed precision computing is designated as such even though the input matrices may be low-precision FP16.

In practice, this significantly speeds up the calculations with little influence on the model’s final effectiveness. This capacity has been expanded by later microarchitectures to even less precise computer number representations.

We’ll talk about how Tensor Cores’ capacity and functionality have changed and improved with each microarchitecture generation in the section that follows.

How do Tensor Cores Work?

The Volta GPU microarchitecture was included with the first generation of Tensor Cores. These cores made it possible to train with mixed precision and the FP16 number format.

This could have up to a 12x boost in teraFLOP throughput for certain GPUs. The 640 cores of the top-tier V100 give up to a 5x increase in performance speed over the Pascal GPUs of the previous generation.

With the introduction of Turing GPUs, the second generation of Tensor Cores was introduced. Int8, Int4, and Int1 were added to the list of supported Tensor Core precisions, which were previously limited to FP16.

Due to mixed precision training procedures, the GPU’s performance throughput was increased by up to 32 times compared to Pascal GPUs.

The architecture in an Ampere GPU expands on the Volta and Turing microarchitectures’ earlier advancements by adding support for FP64, TF32, and bfloat16 precisions.

Deep learning training and inference activities are accelerated much more by these extra precision formats. For instance, the TF32 format functions similarly to FP32 while also guaranteeing up to 20x speedups without altering any code.

Then, with just a few lines of code, automatic mixed precision implementation will speed up training by an additional 2x.

which is expected to be released in March 2022, will be able to handle FP8 precision formats and, according to NVIDIA, will accelerate huge language models “by an astonishing 30X over the previous generation.”

The Difference Between CUDA Cores and Tensor Cores

Tensor cores are currently limited to Titan V and Tesla V100. The 5120 CUDA cores on both GPUs have a maximum capacity of one single precision multiply-accumulate operation (for example, in fp32: x += y * z) per GPU clock (e.g. Tesla V100 PCIe frequency is 1.38Gz).

Because the input matrices are fp16 while the multiplication results and accumulator are fp32, the algorithm is known as mixed precision.

The correct term would likely be just “4×4 matrix cores,” but the NVIDIA marketing team chose to use “tensor cores.”

What Is the Difference Between Zip and Postal Codes in Different Countries? (Explained)

What Is the Difference Between a German President And a Chancellor? (Explained)