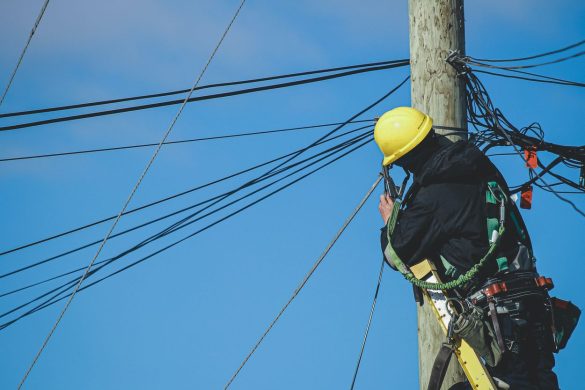 Electricity is one of the major subjects in scientific interest since the 17th century. William Gilbert was a prominent electrical engineer, and he was the first one who drew an evident distinction between magnetism and static electricity. He was given credit for establishing the term “electricity”, and he’s the designer of a device known as Versorium, which detects if there’s a statically charged object. Electrical engineers have been there from the start, just like William Gilbert, there were others too, who invented devices that we use today, for instance, in 1762 a Swedish professor named Johan Wickle inventor of electrophorus which produces a static electrical charge.

In early times, there weren’t huge and complicated devices, thus we needed different people for different jobs. Electricians and electrical engineers who have expertise in the same department, however, both have different jobs.

An electrician is a skilled worker and specializes in electrical wiring of buildings, transmission lines, and stationary machines, as well as other related equipment. The job of electricians is to install new electrical components or maintenance and repairment an existing electrical infrastructure. Furthermore, electricians are also specialized in the wiring of ships, airplanes, and many other similar things, as well as data and cable lines.

What do electrical engineers do?

The main job of electrical engineers is that they are responsible for designing as well as manufacturing software or any kind of machines because electrical engineering is related to the discipline of engineering which is concerned with the study, design, manufacture, and the application of equipment, devices and it’s systems which utilize electricity, electronics, and electromagnetism.

Electrical engineers toil in a wide range of industries and the skills that are required vary according to the types of industries. The jobs from them range from circuit theory to the supervising skills of a manager who’s given a project. The tools that they mostly need range from a voltmeter to designing and manufacturing equipment for software.

Here is a list of job responsibilities of electrical engineers.

Here is a video that explains electrical engineering in depth.

Electrical engineer primarily works in multidisciplinary teams, meaning they have a major involvement in the designing, implementation, testing, and maintenance of the electrical systems.

Many people think that electricians and electrical engineers are the same people, however, they’re some differences between them, the differences are mostly in educational backgrounds as they’re two different careers.

Both electricians and electrical engineers work with electricity, but they both have different job roles.

An average pay rate of an electrician in the United States is around $26 an hour and $57k annually. As I said pay rate varies with the region, the median salary is around $44k, but it varies by state.

The pay scale of an electrician is different in every region, however, there’s a study that said, “between 2019 and 2029, electricians employment is supposed to grow faster than most of the other professions”, with that the pay can increase or decrease it basically depends on how good an electrician is.

Here is the list of the top-paying states for electricians:

Electricians are considered versed tradespeople who work in different kinds of settings which includes, including residential homes, business buildings, and factories. The work of an electrician is of installation, maintenance, and testing, as well as repairment of the electrical systems, and these jobs can include different wirings, electrical control systems, electrical equipment, and machinery.

In the life of an electrician, traveling can be a big part, as they’re needed, where there is electricity. They also work side by side with other engineers.

Let’s have a look at the responsibilities of an electrician:

Electricians who work in industries earn slightly more because of their demand and location.

However, here is the list of the highest paying electrical job:

Avionics technicians are responsible for the installation and maintenance of electrical systems on an aircraft.

Marine technicians are responsible for the installation and maintenance of the electrical systems on boats.

Wind turbine technician has the job of installing, repairing, and inspecting wind turbines.

Electrical technicians work on buildings which can include repairing, testing, and maintaining electrical equipment.

Maintenance electricians work in a commercial or manufacturing setting in order to install, repair and maintain electrical equipment.

Industrial electricians are responsible for repairs and maintenance of the electrical equipment in commercial as well as manufacturing settings.

The solar installer, also known as a solar technician or PV installer has the job to install and maintain photovoltaic systems or solar panels.

Substation technician, also known as substation electrician monitors, manage, and maintains substations, they manage and send power to homes or businesses in their area.

Automation technicians work with electrical systems that control automation in many varieties of settings, this can include manufacturing and industrial processing.

Electrical engineer pays well as their job is broader, however job of an electrician earns a decent amount as well.

What’s The Difference Between Chest and Breast?