Home Technology The Difference Between a Glaive and a Halberd
TechnologyTools

The Difference Between a Glaive and a Halberd 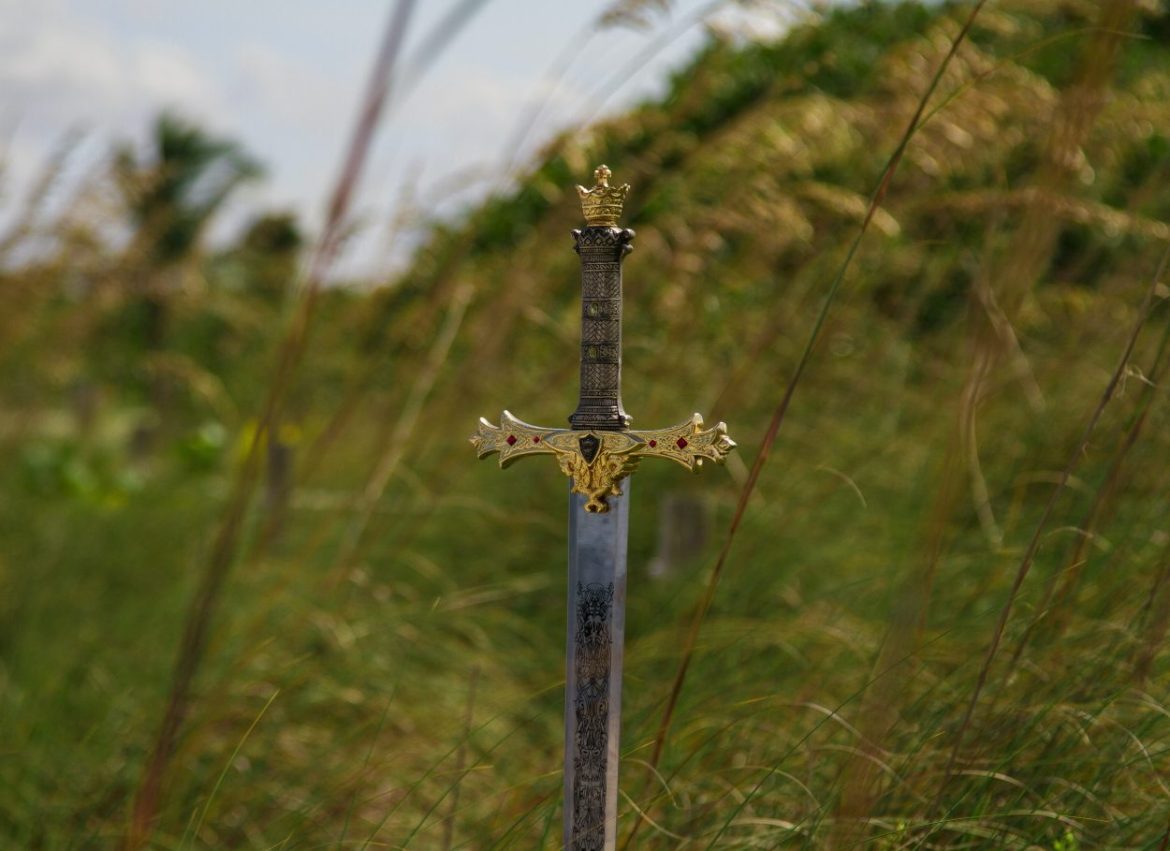 A Glaive is a sword that is on a stick and a Halberd is also categorized as a sword but is an ax on a staff. Halberd is also considered a combination of a spear and an ax, although the shaft is slightly longer than of a spear. The reason Halberd is called an ax is that it has an axeblade on one side of its shaft.

Ever since humans found a way of inventing or creating things, to this day, they haven’t stopped. The inventions that were invented thousands of years ago, humans are still finding ways of bettering them for instance, guns, the first gun was created by the Chinese in the 10th century, which was called a Chinese fire lance. It was made from a bamboo tube and gunpowder was used to fire the spear. Now, guns are much easier to use and also come in different, convenient sizes.

Although, there are a few inventions that are still the same and aren’t used the same way, one of those inventions is a sword. Swords were used to fight in a battle, it is the only reason they were invented, but today, they have no use in battles or wars because wars are now fought with much-advanced weapons like nuclear weapons which can wipe out entire nations in minutes.

However, swords are now used to fight in competitions, yes, swords fights have turned into a sport now. Welcome to the 21st century. Fencing is one of the most famous sports that involve a sword. It was organized as a sport at the end of the 19th century.

Here is a video to gain more knowledge on a Glaive and a Halberd.

Keep reading to know more about the differences between a glaive and a halberd.

What is a glaive?

A Glaive is also known as Glave which is a European polearm, it was invented between the 14th century and 16th century. It consists of a single blade with an edge on the end of its pole, it is considered similar to many weapons because of its structure.

here is a list of those weapons to which it is similar:

The blade size is around 18 inches and the pole is about 7 ft long. Sometimes glaives were created with a small hook on the opposite side of the blade to catch the riders easily, these glaive blades are known as Glaive-guisarmes.

A Glaive was used just like a quarterstaff, bill, halberd, voulge, half pike, and partisan. The Glaive has an extreme damage output and capabilities, it allows to attack from a long distance in combat.  A Glaive was considered a much better weapon as the length is customizable, the length can be customized to the fighter’s height which will make it much easier to use.

What is a halberd?

A Halberd is a sword, but the structure is different than a normal sword, it has an ax on its staff. It is said to be a combination of a spear and an ax, but the shaft is a bit longer than a spear, and it is called an ax because it has a blade of an ax on one side of its shaft. All halberds have either a hook or thorn on the backside to easily fight the mounted fighters.

The halberd was invented in the 14th century and was mostly used between the period of the 14th century and the 16th century. It is a two-handed weapon and the people who used it were known as the Halberdiers. Halberds are around 5 to 6 feet long, and the production of halberds is quite inexpensive, they were also said to be flexible to use in a battle.

Is a Naginata a Glaive?

It is possible to confuse two different swords as most of them have many similarities.

A Naginata is not a glaive. A Naginata is a Japanese weapon, the blade is on a stick similar to the Glaive, but its blade is slightly curved. The Naginatas are mostly used as a weapon for close-range female fighters.

Naginata blade is 11.8 to 23.6 inches with a long tang that is placed in the shaft. Its blade is removable and is kept secured in a wooden peg called Mekugi in Japanese. The shaft has a shape of an oval and is 47.2 inches to 94.5 inches long.

The reason that a Naginata is confused with a Glaive is that the structure is quite similar. They both consist of a single-edged blade, but the Naginata blade is curved.

What is the difference between a Glaive and a Spear?

A Glaive and a spear both are used for fighting purposes. A Glaive is a sword, its blade has a sharp edge on the end of its pole. A Spear is also a weapon, it has a long stick whose tip is extremely sharp, it is used for throwing and thrusting.

Here are some major differences between a Glaive and a Spear.

Is a Halberd an Axe?

A Halberd is a sword and it is believed that it is an ax as it has an ax on one side of its shaft. That’s why it is sometimes called an ax.

A Halberd isn’t an ax. It is a two-handed weapon used by the people called Halberdiers. It is around 5 to 6 feet long which makes it much longer than an ax. Halberds also have a hook or a throng on the back, unlike an ax. So there’s no way that a Halberd can be an ax, the only reason that a halberd is confused with an ax is that a halberd has an ax on one side.

A Glaive is a European polearm, it was invented between the 14th century and 16th century. It has a single-edged blade. Because of its structure, it is compared with many weapons like the Chinese guandao. A Glaive can do extreme damage, as it is quite long, it can attack from a long distance in combat. Its length can also be customized to the height of the fighter, that’s why it was considered a much better weapon.

A Halberd is a sword but has an ax on its staff, it is a two-handed weapon and people who use it are called Halberdiers. Because of its ax which is only on one side, it is sometimes confused with an ax, but it can’t be an ax because it is longer and has a hook on the reverse. Halberds are around 5 to 6 feet long and the production of these weapons is quite inexpensive.

A Naginata and a Glaive are two different weapons, both consist of a single-edged blade, but the Naginata blade is curved.

The difference between a Glaive and a Spear is that a spear is much lighter than a Glaive; therefore it is faster. A glaive consists of a cut-thrust blade, whereas a spear has a thrusting blade. A Glaive is longer and has a small hook on the end of the pole.

A shorter version of this article can be found when you CLICK HERE.

I was sleeping VS I was asleep: Which is correct?