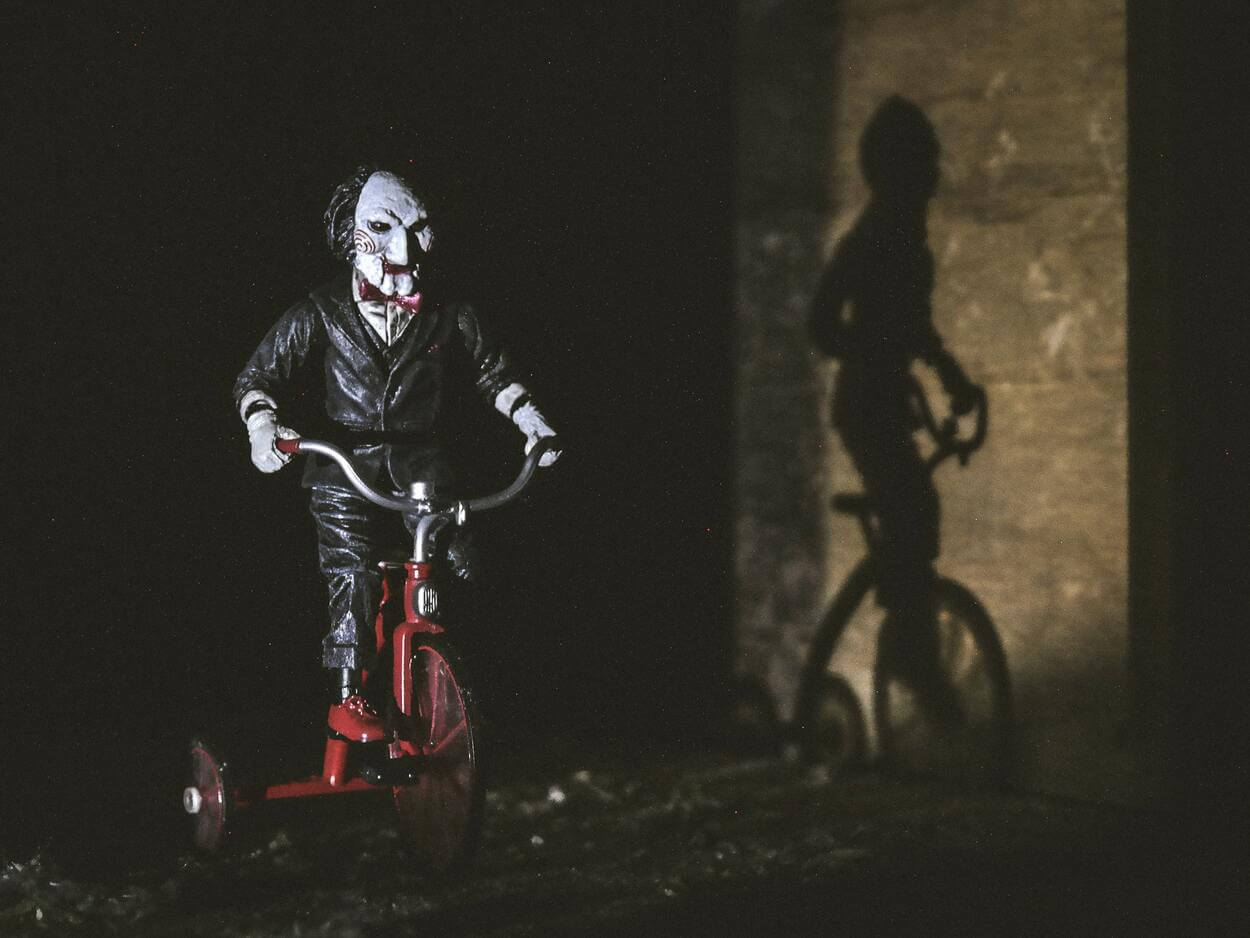 A movie is the best source of entertainment in the 21st century. There are many genres in movies as per the choice of people so that one watches the movie according to his interest.

Horror is one of the most commonly watched genres in movies. Horror is another name for fear. We always feel scared while watching a horror movie.

But, isn’t fear the necessary element of a horror movie? Yes.

All horror movies are based on fear which makes you scream out of your lungs due to its graphics, visualization, and sound effects.

People love to watch horror movies because of the element of fun it has. From teenagers to adults, everybody gets hooked on to screen once the horror movie starts playing.

Watching a horror movie is quite similar to the experience of having a big ride in an amusement park.

Some horror movies contain more blood scenes than necessary and those are called “gore”.

Gore is a subgenre of horror which includes more brutal and violent scenes.

The main difference between Horror and Gore is that Horror aims to strike fear in its audience either by scary looking monsters, unexpected jumpscares, eerie music, or creepy lighting meanwhile Gore is merely just blood and violence. Horror is a genre but Gore is a subgenre under Horror.

Are Horror And Gore The Same?

No, horror and gore aren’t the same because horror is intended to shock, scare and thrill the audience while gore intends to show more physical violence and blood-splattered scenes.

Gore is a genre of horror as some horror movies contain gory scenes here and there just to spice up the story more and are often labeled as disturbing films.

Some horror movies don’t contain any gore scenes and only scary graphics which would make you jump out of your seat.

Horror movies give you the feeling of excitement and on the other hand, gore movies don’t provide a pleasant feeling. It makes the audience feel disgusted while seeing humans ripped apart and torn.

Gore has more elements of blood than horror as it is designed to make its viewers feel uncomfortable. Someone slicing an eyeball with a knife is an example gory scene as it usually makes people squirm.

Horror on the other hand elicits fear and uncomfort either by the presence of eerie music, dim lighting, or fictional demons and monsters.

Check out the following video to know what a horror movie feels like.

What Makes a Movie Gory?

When a movie has a lot of blood and violent scenes, regardless of whether it’s horror or not, it is categorized as ‘gore’.

While a lot of horror movies utilize gore in order to instill fear and disgust in their viewers, horror isn’t the only genre of film that contains gore.

A lot of action movies actually contain gore in order to make their film more realistic. I mean, it is a bit odd if an action star shoots someone and no blood comes out, right?

Some cartoons also dabble in a bit of gore, particularly anime. Attack on Titan, a popular anime, is one example of an anime that isn’t horror but has a bit of gore. Of course, unlike other gory animes, the gore in Attack on Titan is actually a bit mild.

Another example of a gory show that isn’t exactly horror is the visually misleading cartoon “Happy Tree Friends”.

This show, despite looking like it could be something you could show your little sisters and brothers, is actually quite disturbing and showcases a lot of blood and violence.

This goes to show that gore isn’t just found in the horror genre.

No, horror doesn’t necessarily need gore. The objective of the horror genre is to instill dread, tension, and paranoia to its audience. This doesn’t require blood or any form of violence, only the element of suspense.

Horror isn’t the synonym for gore.

Gore can be added to horror films to trigger fear and terror but it isn’t required.

Sometimes, gore scenes are dropped here and there in a horror movie but under controlled ratings. This is because some scenes aren’t good for sensitive and light-hearted people.

When filmmakers are unable to build a scary atmosphere in the cinema, they put gore scenes to make a sudden scare.

There are plenty of films that were made on very little or no gore at all.

Some of the famous non-gore (without blood-shed) horror films are the following:

Yes, it’s normal to like gory movies as some people enjoy the feeling that arises because of of being frightened. It doesn’t make you a psychopath to like the experience of thrill.

Some people like to see blood and guts and this is their personal decision which is completely okay.

Meanwhile, some people are more sensitive and empathetic. When they see a gory movie, they can’t help but feel that the person they’re watching is real and this makes them uncomfortable. They also tend to imagine what would happen if they were in a similar situation, making it more difficult to enjoy the film.

A study suggests that people who like to watch gory movies have low empathy for others and their sensation-seeking trait is higher.

Sensation seekers are those who enjoy dangerous sports and rides. They’ve lower neural activity when watching a mild film but when they watch a frightening and violence-containing film, their brains become extra responsive to nervous arousal stimulation.

What Was The Goriest Movie Ever Made?

According to Ranker, the goriest movie ever made was Hostel, which was released in 2005, followed closely by The Hills Have Eyes, and according to Forbes, the scariest movie of all time is Sinister,

There are plenty of disturbing and full of blood and violent gore movies. Gore revolves around sex and cannibalism to shock people as much as possible.

Gore films don’t usually have a true plot or moral like horror movies.

Some of the goriest movies ever made are as follows:

The above discussion can be summarized as:

Interested in reading something more? Check out my article Comparing Emo & Goth: Personalities and Culture.

A++ And ++A in Coding (Difference Explained)

Charlie And The Chocolate Factory, Willy Wonka And...