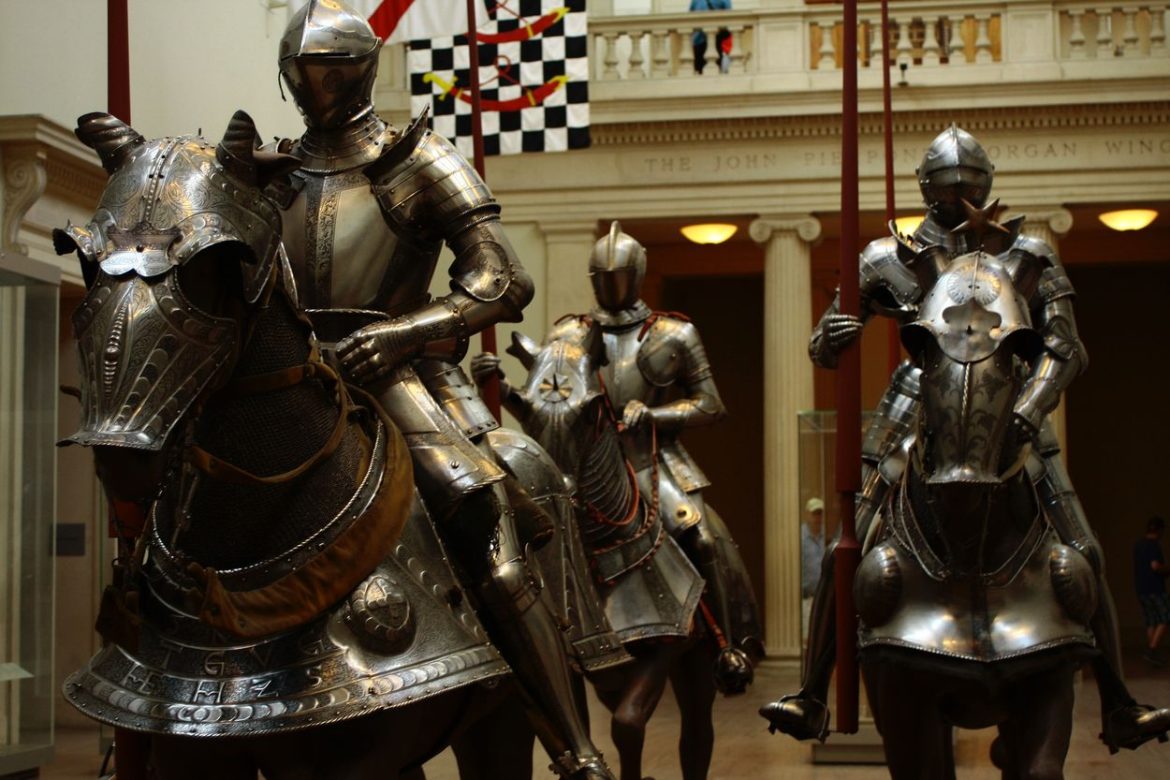 History has shown us how different weapons have evolved over time. It’s funny to think about how we, as humans, went from fighting against each other using clubs and rocks to shooting each other with guns and missiles.

A particular weapon that I’d like to discuss today is the spear and its descendants, the pike, and the lance. What are their differences and what were they used for?

A spear is a pole weapon, initially made of wood, with a sharp pointy metal at the top. It was invented for the purpose of hunting. A lance is also a wooden pole weapon designed to be carried while riding on a horse and charging at the enemy. A pike, on the other hand, is a longer and much heavier version of a spear made to be used in the formation in a defensive manner.

Keep reading as I discuss in-depth the differences between these three weapons.

What Is The Difference Between Lances and Spears?

The difference between a spear and a lance is that a lance is a weapon mostly used by the cavalry. They’re long and are used to charge and thrust against an opponent. They’re often made of wood. A spear, on the other hand, is a shorter version of a lance made out of steel.

A lance is a long pole weapon made of wood with a sharp tip on the end. It is designed for thrusting against an enemy while riding on a horse.

For a quick review, have a look at this table:

What are a Lance, Spear, and Pike?

There are many types of pole weapons out there. Most of them were designed for close-range combat, but some would argue that a pole weapon can be used to take out an enemy from afar, hence why spears exist.

Generally, these weapons were made to strike the enemy up close.

One of the first weapons ever made by man was the spear. A spear is a long wooden stick with a sharp metal point at its end.

It was invented primarily for hunting, but later on, as humanity evolved, it became a weapon used in the military.

A lance is also utilized in the military. It was designed so that a person could advance towards their opponent on a horse and knock them off without having to get off their horse.

By thrusting the weapon, along with charging forward on a horse, the lance was enough to knock an opponent out. However, unlike a spear, a lance can only be used to thrust and charge.

Using it on the ground as a close-range weapon would be difficult. Although it is possible, it just isn’t as effective as using it to charge with a horse.

A pike is also a useless weapon when it comes to close-range combat. A pike is a heavier and much longer version of a spear. It’s around 10 to 25 feet long and was designed for army men to use in a defensive manner.

Because of its heavy nature, it couldn’t be used in close-range combat. Most of the soldiers with pikes had to equip themselves with much smaller weapons to defend themselves during an attack.

The long nature of pikes also made it difficult for soldiers in formation to quickly turn in the instance enemies came from the side. It was more of a weapon made for charging forward.

A spear is generally smaller than a lance or pike and is used in conjunction with other infantry. Pikes are much larger and typically have reinforcement at the opposite end of the head. A pike is used to fight cavalry. It is also placed in a stable position so that the user isn’t falling off the balance due to the burden of the horse.

Are Lance And Pike The Same Thing?

A lance and a pike are not the same. A lance is shorter and lighter than a pike as it is made to be carried while riding on a horse. A pike is a heavy wooden pole for soldiers to carry  primarily to defend against an enemy attack.

Unlike a lance, a pike cannot be thrown due to its length and weight. A lance, on the other hand, was throwable.

Did Knights Use Pikes?

While pikes were made for foot soldiers, knights did use pikes on occasion. Especially during a war.

Knights often used lances while on their horses. They also carried around swords and daggers for protection. Rarely if ever did knights carry pikes as those weapons were assigned to foot soldiers whose jobs were to carry pikes.

They were called pikemen. Being pikemen at the time was one of the most physically demanding jobs at the time since not only were you carrying a big heavy pole but you were also dressed in steel armor for protection.

The job of a pikeman was to stay in formation and counter-charge against the enemy or the enemy’s pikemen.

What Is The Main Difference between Javelin and Lance?

A javelin is a lightweight spear that is primarily employed as a weapon for throwing. It was employed in infantry and cavalry. Lances were employed by cavalry soldiers as an assault weapon.

If you’re familiar with the sport Javelin Throw then you’re well aware that a javelin is used primarily for throwing.

A javelin is much lighter and smaller than that a lance. Where a lance is made to charge and thrust against an opponent, requiring close contact with the opponent, a javelin can be used in long-range combat as it is a throwable pole weapon.

Although the javelin was made to be a weapon, it’s more associated with the sport Javelin Throw which can be traced all the way back to the ancient Olympic Games in 708 BC.

The invention of guns and rifles has rendered spears and pole weapons obsolete, some armies still use them.

Granted, they’re not in the form of a traditional spear which is a long pole attached to a steel point, a variant of them in the form of a bayonet and a rifle is widely utilized in the modern army.

Although technically a bayonet and a rifle aren’t a spear but more so a ‘spear-like’ weapon, the fact that it is used to charge at and stab people makes them a spear.

The spear is also still used for hunting, especially for people who aren’t a fan of modern hunting tech or aren’t a fan of guns. Spears can also be utilized as fences in the modern world.

In the present, we don’t have such issues to consider however, knowing and understanding the history of the past and its weapons can be intriguing.

Lance is a kind of spear. Both are pole weapons. Sometimes, a lance is regarded as the same as a spear but they’re not identical because their usage in combat was different.

A lance was used to charge at an enemy while on a horse meanwhile a spear is used for both throwing and charging at an enemy. Spears were also widely used in hunting whereas a lance was limited only to going up against an enemy on a horse.

To learn more on this topic, take an instant look at this video.

You might also be interested in reading our article Sword VS Sabre VS Cutlass VS Scimitar (Comparison).

What Is the Difference Between Exercising and Selling an Option (Explained)

The Chemistry Between NH3 And HNO3