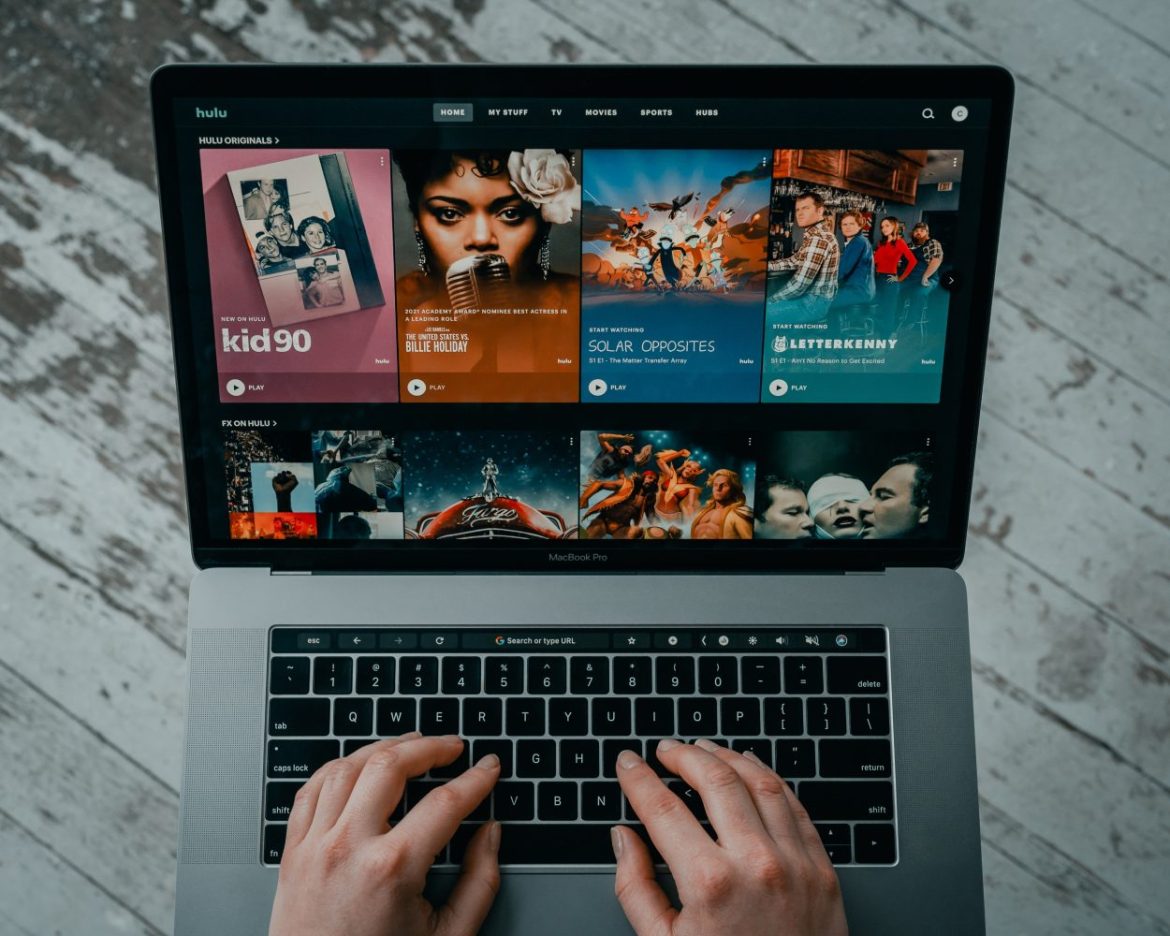 The film industry is a huge part of people’s lives as it provides enjoyment and time for people to just relax and forget about their worries as long as the movie is running. So people are extremely invested in the film industry globally. There’re several genres and all of them are craved by their own particular audience. We’ve all witnessed that, most films contain material that might never happen in real life. We enjoy them for exactly that reason as they give us an escape from our boring lives and provide thrill and entertainment.

These elements in movies that are unlikely to happen in real life, have some technical definitions. Plot armor and reverse plot armor are two terms that are talked about a great deal and still, people have their confusions about them.

Plot armor refers to the phenomenon in fiction where the main character survives dangerous situations as they’re needed to propel the plot, mostly this happens in the case of the Protagonist. These scenes can seem illogical, but the audience doesn’t mind as they’re happy that the main character is alive and well, crushing all the obstacles in their way and powering through. Even though it may seem that the person won’t come out alive, somehow, he/she survives and as the protagonists, it is necessary for the film that they do. Moreover, plot armor can be in comics and books as well.

Reverse plot armor refers to the scenario whereby a character fails to win in a particular task. The character was supposed to win the battle but failed. It indicates the inconsistency or ‘stupidity’ of a writer that he/she failed to bring out or recognize the abilities of the character in a certain battle

An example is when Superman fights Batman and loses terribly even though he has super abilities that Batman doesn’t possess. Similarly to that, when a character with a superpower fails to lift one ton of material and yet he possesses the ability to lift off the whole planet.

What exactly is plot armor?

Plot armor is basically a scenario when a character survives illogical physical damage or injury due to their importance in the film. Plot armor is considered a problem as it negates the plausibility of a scene or the plot.

People say it indicates poor writing or planning because it wouldn’t have been required if enough evidence was placed beforehand to support the survival of a character.

Plot armor also makes the story much more interesting and the audiences are most invested in such scenes. Without such scenes a film sometimes turns out to be boring, thus there isn’t any harm in plot armor even though they might seem illogical at times.

What are examples of movies that use plot armor?

In almost every movie of James Bond, he has faced such dangerous villains without feeling the slightest fear, but that’s who James Bond is. Even in the most brutal and inhumane situations, he always finds a way out. Bond is unthreatened by every danger that awaits him and always squanders it.

Pirates of the Caribbean

The legendary film Pirates of the Caribbean: Black Pearl has many dangerous adventures. As Jack Sparrow is the main character, he can’t be killed, thus he has survived almost every life-threatening situation.

In Dead Man’s Chest, when Jack’s crew was captured by cannibals on an island and were kept in two cages made from bones. One of the cages falls and all the caged characters came out of the ordeal without having an injury. In that very movie, another scene that can be called plot armor is when Jack Sparrow is tied to a wood pole and falls from a cliff, falling through two wooden bridges, but still manages to land without having any injury. You can either call it Jack Sparrow’s adventure or plot armor.

I guess you can call it plot armor when, in Avenger’s Infinity War, all of the heroes disappeared except for the original 6 (Ironman, Thor, Black Widow, Hawkeye, Hulk, and Captain America).

What anime has the most plot armor?

Anime has the most amount of plot armor, it’s what makes it so interesting. Almost every anime has a plot armor either once or many times in a single movie or series.

Fairy Tail has many plot armors, almost all the characters have survived an event that they shouldn’t have. For instance, being stabbed in the heart or being dragged into literal hell. Many times it was explained how they survived, it’s usually because of magic which was never mentioned before. And other times, there isn’t any explanation, which is fine because no one is watching a show like Fairy Tail for the realism.

Viewers of this show found it poorly written because of its extreme plot armor that is quite a lot to take in even in a fictional show. In Season 1, two main characters were killed, but plot armor saved them in Season 2. Inaho survived a headshot through his eye and was given a robotic eye that gave him many powers that he didn’t have before. It makes sense that the main characters were brought back, but having them survive such extreme events for the shock value seems unnecessary.

Attack on Titan is one of the greatest animes out there, but we can’t ignore the fact that the author does use Plot Armor on certain characters, specifically, Reiner Braun, one of the show’s Titan Shifters.

There was literally an instance where Reiner survives being stabbed by a sword on his side while a sword was also lodged deep into his throat by one of the show’s strongest characters, Captain Levi. Even though Reiner is a Titan Shifter and Titan’s have the ability to regenerate, Reiner was not a titan at the time nor was he in the process of becoming one. Yet he survives (despite wanting very much to die).

Here is a video that shows how Pokemon would turn out if it didn’t have plot armor.

What is reverse plot armor?

Reverse plot armor is used for the scenario where a character fails to win or does a poor job to fight in a battle.

The greatest example I can probably think of when it comes to reverse plot armor is in Avengers: Age of Ultron, when Pietro Maximoff or Quicksilver dies of gunshot wounds after taking bullets for Hawkeye.

Quicksilver is a character whose power is super speed yet he failed to dodge bullets, which, given his power, should’ve appeared in slow motion to him. But that’s a discussion for another day.

Another example I can think of, still in the MCU, is Loki’s death in Infinity War, and I will never get over this.

Loki is a brilliant sorcerer and although the extent of his powers was truly never explored before the Loki series, bits and pieces of it were hinted at throughout Marvel’s pre-Infinity War movies (Thor, Thor: The Dark World, Avengers, and Avengers Ragnarok). Moreover, any avid Marvel comic reader knows just how powerful Loki is supposed to be.

This is all the more baffling when, in Infinity War, Loki, instead of using his sorcery powers against Thanos, comes at him with a small KNIFE. This ultimately leads to his death, a very frustrating one to the Loki fans.

Is reverse plot armor the same as plot-induced stupidity?

Is Plot Armor the same as Deus Ex Machina?

Some will consider Plot Armor as the same as Deus Ex Machina, however, they do have their differences.

Plot Armor saves a character from a situation where they would most likely die, Deus Ex Machina on the other hand, offers a quick solution (often out of nowhere) to a major problem in the plot.

Shows or books can use both, however, if an author uses plot armor to protect the main character, people won’t be quick enough to write it off as “bad writing” since people generally understand that the main character has to survive to keep the story going.

But when an author uses Deus Ex Machina, readers or watchers will often be disappointed. It’ll come off as “lazy writing” when something that wasn’t established before comes out of the blue to save the day. This is why “foreshadowing” is important.

Plot armor is an event when the main character survives dangerous situations as they’re needed to add thrill to the movie. These scenes can seem illogical at times. Plot armors can be added because of the shock value or to bring back a character that was enjoyed by the audience, even if he had a headshot through the eye.

Examples of movies and shows that use this are:

Reverse plot armor refers to an event where a character fails to win, but it was clear that he could’ve won. People believe it’s an inconsistency or the ‘stupidity’ of a writer as he/she failed to recognize a characters abilities.

You can find plot armor in almost every Anime series and these plot armors are quite extreme, but who watches Anime for realism?

Crossdressers VS Drag Queens VS Cosplayers