The Difference Between SSD & NVMe (Answered) 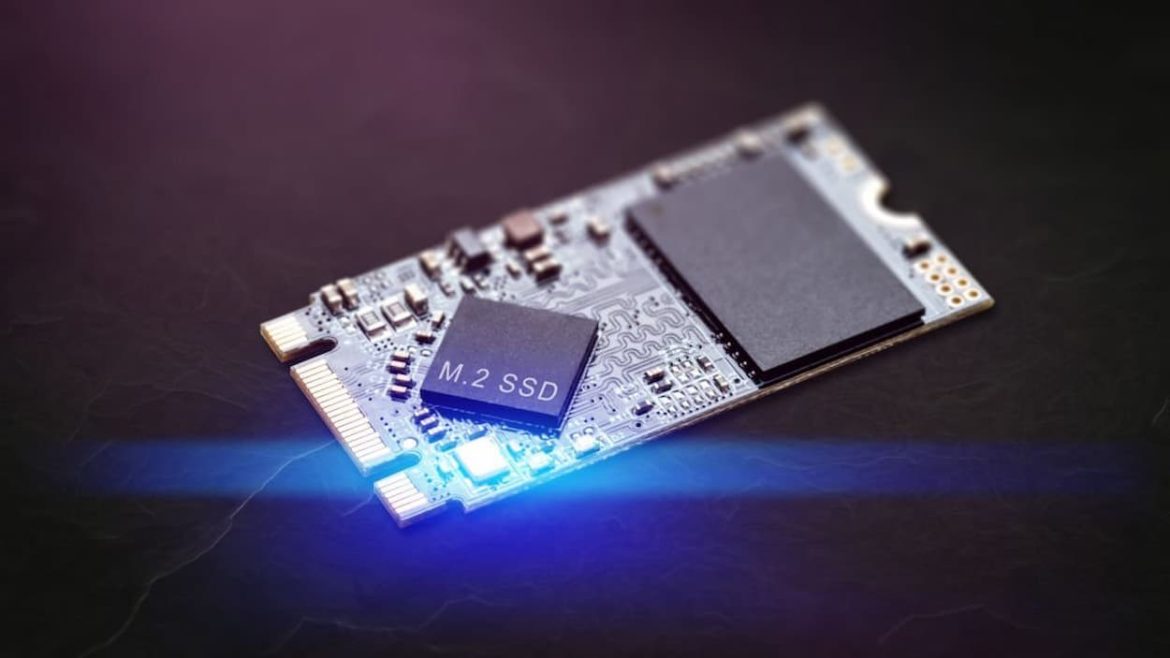 Storage devices play a vital role in our computers. They keep all sorts of important information and memory. Without them, our computers would hardly function.

However, to the average eye, all storage devices look and sound the same. What’s the difference? They’re all there to serve the same purpose so how different could they be?

A solid-state drive (SSD) is a Flash-based storage device that was made to replace hard disk drives. They serve the same purpose as a hard disk drive, in which they store data, but they are generally much faster than a traditional hard disk drive. A nonvolatile memory express (NVMe), on the other hand, is a transport protocol specifically designed for SSDs, allowing SSDs to be faster and more convenient.

There are a lot of ways SSDs and NVMes differ, generally because they serve different purposes. Keep reading to know more.

The primary distinction between SSD and NVMe is the fact that SSD can store data with integrated circuits, whereas NVMe functions as an interface to access data stored at a high speed.

NVMe is a lot superior to SSD and, consequently, is more efficient and more secure than the former. However, it doesn’t necessarily mean that NVMe is perfect and has no drawbacks.

An SSD or solid-state drives are secondary storage device used for computers. They were first invented by StorageTek. It’s also known as a solid-state device. When it first came out around 1991, the device was able to accommodate up to 20 MB of data. Today, these drives can hold between 60 and 100 TB of data.

They are not easily damaged physically or damaged by shock. They are also more resilient to impact. They are quick to access and they don’t need the spinning on the disc to run.

The performance of various drives will differ based on the number of bits within a single cell. Drives with a single cell are the most efficient and longest-lasting among them and are also the most cost-effective.

The early SSDs made use of technologies similar to RAM, however, this couldn’t be sustained. Even though they were speedy, but lost data the moment the power was exhausted. Thus, a better technology had to be discovered and that is the flash memory.

The data, when stored in the flash memory on the solid-state drive, didn’t disappear because the power went out and was actually saved inside the device.

The NVMe is a novel storage access and transport protocol designed for Flash and next-generation solid-state drives. The NVMe interface was the first created through NVM express and was launched in 2011.

The idea to create the interface was triggered by people who had issues using SSDs. Similar to SSDs, they are also a bit more expensive. NVMe must be physically connected to its storage device.

While SSDs can only run one command or query at a given time, this is not the case with NVMe. They are able to deliver the results of several commands and queries. This reduces delay, and also there is minimal delay in fetching the results. They are available in the form of 2.5-inch cards that are compatible with the computer’s storage system.

The first step toward accessing the non-volatile memory was announced in the Intel Developer Forum in 2007. It was completed in 2008 and made available on the Intel website. More than 90 companies took part in the creation of the specifications for the NVMe. Integrated Device Technology made the NVMe commercially available in August 2012.

Main Differences Between SSD and NVMe

The given table provides a quick comparison between SSD and NMVe.

This video covers everything you need to know about SSD & NVMe.

Which one performs better?

When it comes to performance, the NVMe wins as they go much faster than an SSD.

There is a significant variation in terms of raw performance when you compare an ordinary SSD that uses SATA protocol to an SSD that utilizes NVMe. Modern SSDs using SATA can reach a maximum transfer speed of 500MBps. In reality, there are a few SSDs that achieve these speeds but there are some SSDs available that can offer speeds that are more than the advertised speeds.

For example, the Samsung 860 EVO 2.5-inch SSD is rated at 555MBps sequential read speed as well as 525MBps for write speed per minute. You can observe in the following results that it can reach speeds of 537MBps for reading and 505MBps for writing on ATTO Disk Benchmark. These are impressive numbers.

NVMe built M.2 SSDs can, however, go much faster. Different types of drives, which are typically twinned with the latest generation of PCI-Express with different speeds, and the most recent PCI-E 4 drives reach up 7300MBps for continuous read and 5,200MBps writing in a sustained fashion.

In real life, it is unlikely to see these types of numbers unless you’re performing very long-term writing and reading tasks and more common usage getting less. Even so, NVMe drives are much more efficient than SATA SSDs and when utilized, they could result in a faster experience.

Unfortunately, a lot of applications such as games aren’t able to fully benefit from NVMe drives at this point and you’ll only notice that some games run in a fraction of a second and Windows aren’t able to boot quicker on NVMe drives as it does on a standard SATA SSD.

Sabrent’s Rocket 4 Plus series comes with a large heatsink to ensure high performance. It’s a great idea, however, soon when the game and application developers begin to utilize this technology more effectively, we will observe NVMe SSDs drastically enhance performance in specific settings.

However, the drawback is that the NVMe SSDs draw a significant amount of power, and they can reach high temperatures with heavy loads. In rare instances, these drives may overheat and lead to a decline in performance.

Certain companies have begun offering NVMe drives equipped with specially designed heatsinks to counter the heat. This is thought to be a requirement for the addition of a second SSD to PlayStation 5.

Storage devices are useless when there’s no means to gain access to the information. That is the reason NVMe is a must. It is a speedy and reliable software that processes data at a speed of 3GB per second. It’s 4 times more efficient than the speediest SAS (Statistical Software Suite). It delivers results in the time of 2000 MB per second.

Solid-state drives can be slower to access and provide results at speeds that are 600MB/second. When compared to NVMe, SSDs offer more space for storage, but at a lower cost. SSDs can be linked to all devices and can be used with them. They’re also more power effective than NVMe and are able to operate on low power.

Both SSDs and NVMe are excellent to work with, and both have their benefits and disadvantages. When you weigh their specifications with your requirements, you can choose the right one for your needs.

If you’re interested in knowing about Ram VS Apple’s Unified Memory, check out this article.

B.A VS B.S in Computer Science (A Comparison)

What Is The Difference In The Meaning of MashaAllah and InshaAllah?