The Difference Between TV-MA, Rated R, and Unrated 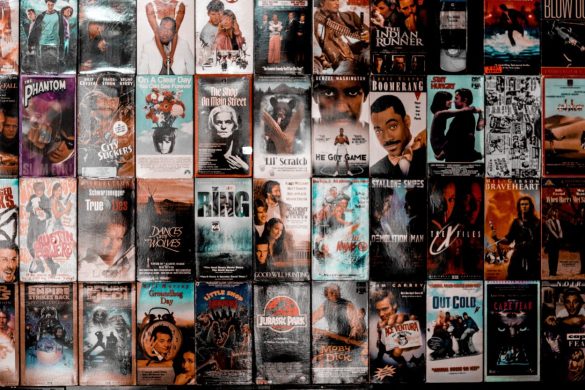 The movie industry is a huge industry and different kinds of movies and series are produced one after the other. Movies and series are made for different kinds of audiences,s for instance, animated movies are mostly for kids, and horror movies are mostly for people above the age of 16 or 18, but it also depends on what kind of horror movie or series it is. As I said, it is a huge industry that caters to a vast and diverse audience.

This is considered the biggest problem among parents, as they don’t want to expose their kids to something they are not ready for. Because of this, most parents refrain their kids from watching any kind of movie or series.

Although, there is a way that can help you to know if the movie or the series is appropriate for a certain age.

Rating is an aspect that is given by the rating board, this way you’ll know if the movie is made for kids or adults.

Check out the video to gain more knowledge on different rating:

There are movies or series that are rated as TV-MA, some are rated R, and there are a few that aren’t rated which are labeled as Unrated.

The difference between TV-MA and rated R movies is that TV-MA rated movies or series are not supposed to be watched by the children who are under the age of 17 and Rated R is the rating that movies and series have that are viewed by adults and can be watched by children who are under the age of 17, but they need to be accompanied by a parent or an Adult Guardian.

Unrated movies are movies that aren’t rated by the rating board; therefore it is almost impossible to know what kind of audience can watch them.

What does TV-MA mean?

TV-MA is a rating and ‘MA’ stands for a mature audience. When a movie, series, or program has this rating, it is preferred to be viewed by adults who are over the age of 17.

Movies and series sometimes have content that is only preferred to be watched by adults and there are ratings to tell you if a certain movie or series has such content.

Moreover, there are cartoons that are TV-MA like, Rick & Morty. This kind of series contains mature content, even though it is a cartoon series.

TV-MA rating is most common in American television. This rating shows that the content is not suited for children aged 17 or younger. There are many other ratings, but TV-MA rated has much more intensity. Although, it depends on the network the movie or series is being aired on.

What does Rated R mean?

‘R’ in Rated R stands for Restricted, movies or series that are rated R can be watched by adults and can also be watched by children under 17, but a parent or an adult guardian needs to accompany them.

This rating shows that the film has adult content, for instance, harsh language, graphic violence, nudity or drug abuse.

If the rated R film is being viewed in the theaters, as a parent you don’t need to worry because they have policies for such movies.

Kids who look older than they actually sometimes try to weasel their way into the theaters, but they don’t succeed because there is a policy of checking IDs. Moreover, if the kid is under 17, only an adult is allowed to buy the tickets for them, an adult guardian is necessary for children under 17 in theatres for an R-rated movie.

What do you mean by Unrated?

Movies, programs, or series that don’t have any ratings are called “Unrated“. As it isn’t rated, it might contain all of its content, whether it is nudity, drug abuse, or bad language.

There are a huge number of films and programs that aren’t rated. When a film or program isn’t rated, it contains all the scenes that will be deleted if it goes through the rating board.

When a film or program goes through the rating board, even though it can be rated as R or TV-MA, there will be many edits.

Is Unrated worse than TV-MA?

Yes, unrated is worse than TV-MA, unrated films or series have all the scenes that the rating board would delete.

Unrated content is unfiltered which means, it has all kinds of substances, nudity, and violence, and with much more intensity.

In children’s case, films or series that contain TV-MA or are unrated aren’t supposed to be for child audiences. Although TV-MA goes through the rating board, it still contains substances that shouldn’t be watched by children.

What is higher than Rated R?

NC-17 is the highest rating, which means it is higher than Rated R.

Rated R itself is quite high, but there is a rating that is the highest rating that a movie or series can get.

NC-17 rated films are solely preferred to be watched by adults who are over the age of 18. If a movie or series has an NC-17 rating, it means that it has the most amount of nudity, substance, or physical/mental violence.

Rated R films can be watched by children under 17 but with the condition of an accompanying adult guardian, but NC-17 is much worse which is why can be viewed by adults only.

Here is a table for some of the ratings other than R and TV-MA.

What is the point of TV ratings?

TV ratings are used in marketing and advertising. In this way, the production knows what the audience prefers the most so that they can deliver the material that the audiences enjoy.

To an average person, the notion of rating a movie or series might seem meaningless, but it helps the production in an extreme way.

There are different ratings for different kinds of material, some of them are:

When movies or series have ratings, it shows what audience is allowed to watch them and what kind f material it contains.

The difference is, TV-MA rated material isn’t preferred to be watched by the children under the age of 17 and Rated R movies and series can be viewed by adults and can also be watched by children who are over the age of 17, but they’re required to be accompanied by a parent or an Adult Guardian as it can have some inappropriate material.

‘MA’ in TV-MA stands for a mature audience. When a movie or series has this rating, it is preferred to be viewed by adults who are over the age of 17.

‘R’ in Rated R stands for Restricted, movies or series that are rated R can be watched by adults and by children under 17, but a parent or an adult guardian needs to accompany them.

Programs that aren’t rated any rating are called unrated. As it isn’t rated, it will have all of its content, whether it is nudity, drug abuse, or bad language. Unrated is considered worse than TV-MA because it has all the scenes that the rating board would delete. Basically, Unrated content is unfiltered which means no edits or cuts are made.

NC-17 rated programs are preferred to be watched by adults who are over the age of 18. NC-17 rating is much higher than Rated R or TV-MA, which means that it has the most amount of nudity, substance, or physical/mental violence.

Click here to learn more through this web story.

Authentication VS Authentification: How to Use