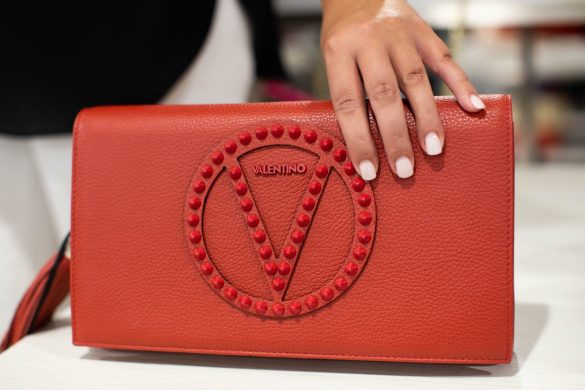 Thousands of brands are created every day, but some make it to the top with dedication and consistency. Brands that you know today were established decades ago and have evolved immaculately with time. Brands that are now exclusive make the fashion trends that last for years. Such trends have spread their roots with time and every item has changed gradually. For instance, in 1947, Gucci made its first bag called a bamboo-handled bag, and still, it resembles the bags that Gucci makes today, but with a few changes.

Mario Valentino and Valentino Garavani are two of the most renowned brands that have been creating beautiful pieces of items for decades. People mix up these two brands as both of them have the same word “Valentino”, however, both of them are completely different brands.

In 2019, Valentino Garavani Filed a lawsuit against the brand MV, claiming, that “because of their similar names and overlapping goods,” the two companies “experienced issues of consumer confusion”. The court came up with the solution that, MV will stop using the logos “V” and “Valentino” on their products together, and always put the “Mario Valentino” on the inside of their products as well as on the packaging.

Here is a video that will give all answers to your question about the lawsuit.

Keep reading for a deeper dive.

Both of these brands create the same products differently, as they take inspiration from each other and that could be the reason that most people confuse Valentino Garavani bags with Mario Valentino bags and vice versa.

Valentino Clemente Ludovico Garavani is an Italian designer and the founder of the Valentino brand. His main lines are:

He debuted his first collection in 1962 at the Pitti Palace in Florence through which he established an international reputation for his brand. The trademark color of Valentino is Red, but in 1967, a collection was launched which was of white, ivory, and beige colored cloths and was called the “no color” collection and it was the very collection in which he launched the trademark logo ‘V’.

This collection brought him into the spotlight and led him to win the Neiman Marcus Award. That collection was different from all of his work as he always used bold psychedelic patterns and color. In 1998, he and Giamatti sold the company, but Valentino remained the designer. In 2006, Valentino was the subject of the documentary called Valentino: The Last Emperor.

Mario Valentino was founded in the year 1952 in Naples, eight years before the brand Valentino Garavani which makes MV the “Original Valentino”. It manufactures leather goods and is now a historic producer of accessories, shoes, and haute couture. There was a sandal that was created by MV, it’s a simple flat sandal that consists of a coral flower and two fine coral beads threads. It’s believed that this simple sandal made history, thus it’s on display in Switzerland in a museum called Bally Museum at Schonenwerd next to the shoes that were worn by Queen Elizabeth II on the day of her wedding.

The simple sandal earned high value for, I. Miller New York studio, the only company that was distributing as well as importing luxury shoes and leather goods at the time to the United States.

Moreover, In March 1979, Mario Valentino participated in the first Milan fashion week and brought his own amazing collection to the catwalk.

The difference is small but is important to be aware of, so here is a table for the differences between Mario Valentino and Valentino Garavani.

What is Valentino Garavani?

Valentino Garavani is an exclusive brand founded by Valentino Clemente Ludovico Garavani, an Italian designer. Moreover, in 1962, he debuted his first collection at the Pitti Palace in Florence and it’s said that he established the reputation for his brand internationally through his first collection.

He also won Neiman Marcus Award for his “No Color” collection. In the year of 1998, Valentino Clemente Ludovico Garavaniand and Giamatti sold the company, however, Valentino still remained the designer. Furthermore, in 2006, a documentary was released in which he was the subject called Valentino: The Last Emperor.

The trademark color is Red and the logo is “V” which he launched in 1967 in a collection that was of white, ivory, and beige color. The brand Valentino Garavani is all about simple designs with a little spice, most of its products are in neutral colors. Neiman Marcus Award. That collection was different from all of his work as he always used bold psychedelic patterns and color.

The Valentino Garavani launched a bag called the Locò bag which instantly became popular and was sold out in days. It is a shoulder bag with the V logo clip closure which is made from calfskin and comes in multiple colors, such as black, nude, pink, and more.

Is it the same as a Mario Valentino bag?

A person who has an eye for such brands as Valentino Garavani and Mario Valentino, he/she can easily tell the difference between bags of these two brands.

Moreover, in the lawsuit that Valentino Garavani filed against MV, MV was told not to put the logos “V” and “Valentino” together on their products, but still, all the bags of MV has the logos “V” and “Valentino” either on the front or on the back. While only some of the Valentino Garavani bags have the logo “V” mostly on the front as a clip closure.

Mario Valentino shoes and bags are crafted with real leather which is extremely high-quality. Even after he passed away in 1991, each piece of leather is selected meticulously and stitched with precision and care, and then designed into something that will set the standard for fashion and quality much higher.

It’s said Mario Valentino was born with a passion for creating something out of leather, and as it can be seen he really was talented and was dedicated to his passion. Mario was a son of a shoemaker who used to make custom footwear for wealthy and high-end clients, so he took advantage of it and learned to trade at a very early age. Moreover, after high school, he started reselling leather in Naples and launched his own leather goods company under the trademark called Valentino.

Who is the real Valentino designer?

Valentino was born in Voghera, which is the province of Pavia, Lombardy, Italy. He was named by his mother after a screen idol named Rudolph Valentino. Valentino became interested in fashion while studying in primary school, so he became an apprentice of his aunt Rosa and a local designer named Ernestina Salvadeo. After some time, Valentino moved to Paris to pursue his passion for fashion with help of his mother and father.

After slaving for other designers and learning the art of fashion, he decided to return to Italy as a pupil of Emilio Schuberth and collaborated with Vincenzo Ferdinandi’s atelier before opening his own fashion house which now you know today by the name Valentino S.p.A.

Exclusive brands that you know today and that set the trends in fashion were established decades ago and have strong roots in the fashion industry now.

Two of those brands are Valentino Garavani and Mario Valentino. Both brands have their own ways of manufacturing and designing products, yet still, people confuse them with each other.

Valentino Clemente Ludovico Garavani is an Italian designer who is the founder of the Valentino brand. His main lines are Valentino, Valentino Garavani, Valentino Roma, and R.E.D. Valentino debuted his first collection in 1962 at the Pitti Palace in Florence. The trademark color of Valentino is Red and the trademark logo is ‘V’. In 1998, he and Giamatti sold the company, however, Valentino remained the designer and after a few years, he was the subject of the documentary called Valentino: The Last Emperor.

Mario Valentino was founded in 1952 in Naples, it manufactures leather goods. He was born with a passion and talent for creating something with leather, could be because his father was a shoemaker who made custom footwear for high-end clients. He learned to trade at a very early age from his father, started reselling leather in Naples, and launched his own leather goods company under the trademark called Valentino.

Both the brands are exclusive and produce high-quality products. With knowledge, it becomes easier to differentiate between the products of Valentino Garavani and Mario Valentino.

What Is The Difference Between 1X And XXL...

What Is The Difference Between High-Rise And High-Waist...

What Are The Differences Between The New Balance...