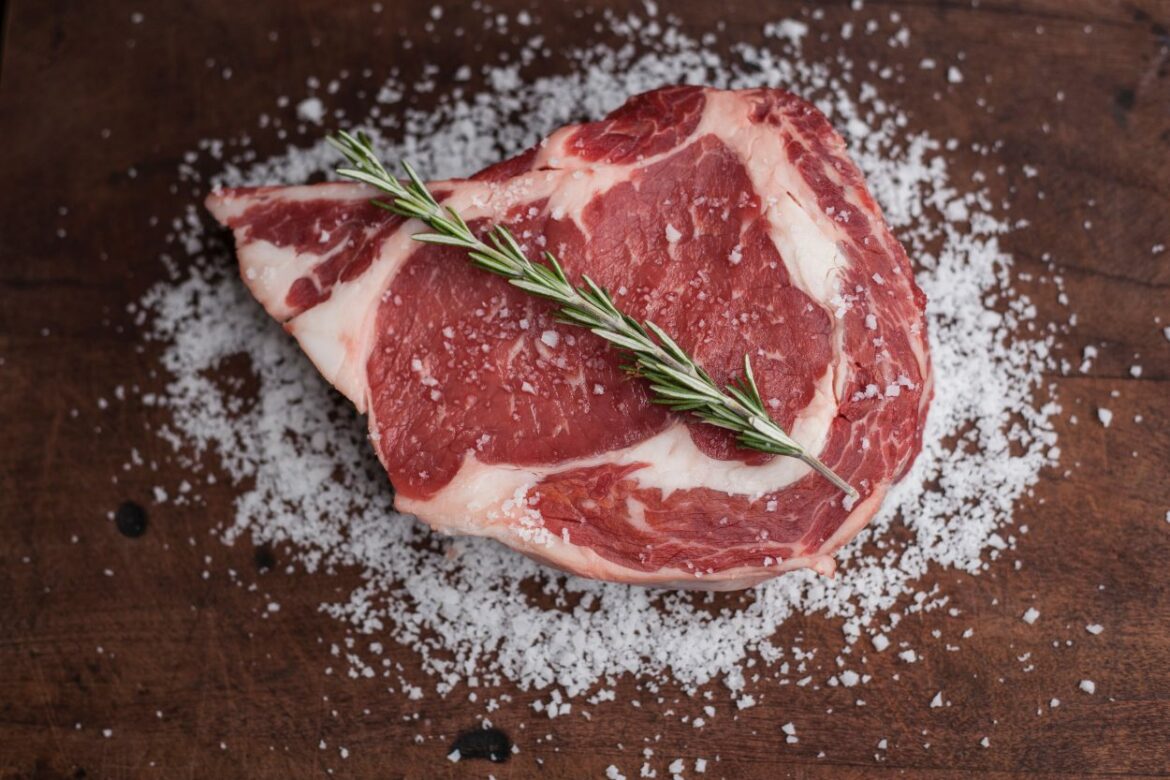 Steak is wildly popular, and it’s justified as steak is the most delicious yet most simply cooked food. A steak is meat that is sliced across the muscle fiber, often it includes a bone. A steak is normally grilled, however, it’s pan-fried as well. The steak comes from several animals, but commonly it’s from pork, lamb, and beef.

Here is some information about a steak that you probably didn’t know, the term steak can be traced back to the 15th century in Scandinavia. “Steik” is the Norse word that was first used in order to describe a thick slice of meat. The word “steik” may have Norse roots, but Italy is said to be the birthplace of steaks that we know today.

While they’re several different types of steaks, pork and beef steaks are most consumed in many regions.

A beef steak is a flat piece of beef that has parallel faces, often it’s cut perpendicular to the muscle fibers. Beef steaks are grilled, pan-fried, or broiled. Tender cuts either from the loin or lib are cooked very quickly by using dry heat and is served whole. Cuts that are less tender are often from chuck or round, these are either cooked with moist heat or are mechanically tenderized.

A pork steak on the other hand is also called Boston butt or pork blade steak. It’s a steak which is a piece cut from the shoulder of the pig. Pork steaks are tough as they have a high amount of collagen, thus they are cooked slowly compared to beef steak.

The difference between beef steak and pork steak is that the word steak primarily refers to beef, whereas all the other similar cuts of pork are called “chops”. Moreover, beef steaks usually have a bright red hue, and raw pork cuts may have different shades of pink.

Here is a nutritional table for pork and beef steak.

Here is a video to see the difference between beef and pork steak.

What is a beef steak?

A beef steak is a flat cut of beef that has parallel faces and it’s often cut perpendicular to the muscle fibers. Restaurants serve a single serving which is a raw mass that ranges from 120 to 600 grams, moreover, the term steak solely refers to beef.

In Australia, beef steaks can be bought uncooked in supermarkets, butchers, and smallgood shops. Moreover, beef steak is referred to as steak. It’s served in almost every pub, bistro, or restaurant which specializes in modern Australian food. Every restaurant has three to seven different cuts and serve it from blue to well-done.

In France, steak is called bifteck, which is mostly served with fried potatoes. This is quite common combination known as “steak frites”. In addition, steaks are also served with classic French sauces, and vegetables aren’t served with steaks normally.

In Italy, steaks weren’t eaten wildly until after the World War II as there weren’t space and resources for herds of cattle. However, some regions like Piedmont, Lombardy, and Tuscany, were quite known for their beef quality.

In Mexico, beefsteak is called “bistec” which refers to dishes that are salted and peppered with beef sirloin strips. One of the bistec dish is often flattened with a tool called a meat tenderizer. Moreover, this dish is served in tortillas.

In the Philippines, “Bistek Tagalog” is a specialty of the Tagalog provinces. Normally, it’s made with strips of sirloin beef and onions, then it’s gardually cooked in soy sauce and calamansi juice. In the Philippines, beefsteak has various degrees of rareness.

In the United Kingdom, a steak is served with thick fried potatoes, fried onions, mushrooms, and tomatoes. However, some restaurants serve the steak with either potatoes or other vegetables.

In the United States, the restaurants that specialize in beef steaks are called steakhouses. A steak dinner has a beef steak and is topped with sautéed onions or mushrooms. Moreover, steaks are also served with shrimp or lobster tails.

Here is a list of degrees to which steaks are cooked:

What is pork steak?

A pork steak is also called Boston Butt and pork blade steak. It’s a steak that is a cut from the pig’s shoulder. These shoulder steaks are the cuts of the same primal cuts of meat that are usually used for pulled pork.

These cuts can be very tough if they aren’t cooked for a long time as they have a high amount of collagen. Moreover, pork steaks are a cheap cut of meat and are usually found on sale.

Pork is strikingly rich in B1, B2, and E. It contains a high amount of Magnesium, Potassium, Phosphorus, and Choline which is quite beneficial for one’s health.

Is pork steak a good cut of meat?

Pork steaks are a thick cut from the pig’s shoulder, and have a good balance of fat with amazing flavours. The downside of this cut is that it’s quite tough compared to rib or lion chops. Thus this cut require some great skills and technique in order cook it perfectly.

Pork shoulder steaks are grilled, broiled, or pan-fried, but to get great effect, you should either marinate or tenderize the meat beforehand.

What cut of meat is beef steak?

Generally, the best cuts for beef steak are the rib, short loin, or tenderloin primal cuts. However there are many other cuts that people love and here is a list:

Is pork steak the same as pork chops?

Pork chop is a pork cut that is taken from the loin part of the pig that runs from the hip to the shoulder, it includes the center loin, tenderloin, and sirloin. Pork chops are also referred to as the cut taken from the blade chops. Whereas, pork steak is a cut of the pig’s shoulder.

Here are some of the essential differences between pork steak and pork chop:

What’s the Difference Between Dispatch & Shipped?

How Have You Been VS How Are You: Differences