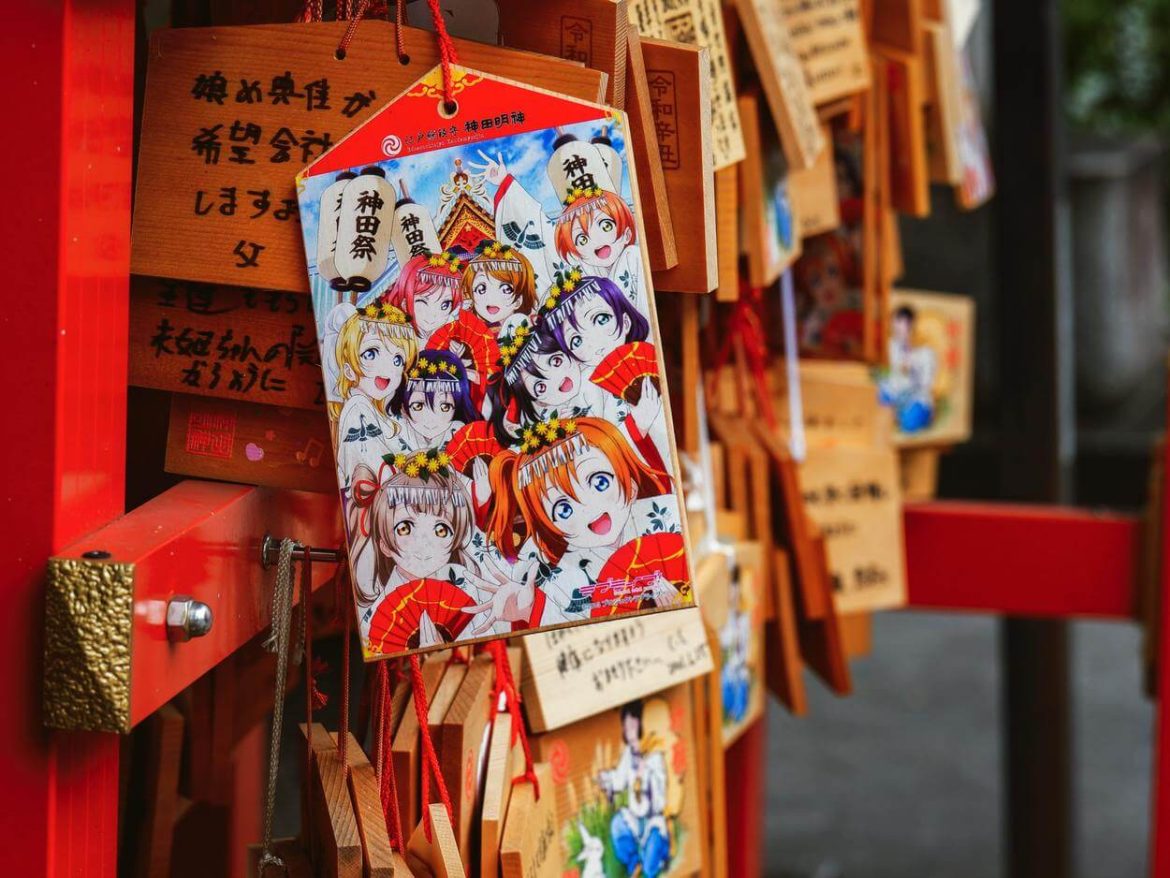 If you’re a fan of an anime called Seven Deadly Sins, you might have wondered how Meliodas and Estarossa’s Full Counter differ? For a short answer, Estarossa’s full counter repels physical attacks, as long as he can see it. Meliodas’ full counter, on the other hand, repels magic attacks and spells.

Both anime characters are powerful and undefeatable on their own. However, when it comes to a fight between them, the question always is: who is stronger and who will win?

This might give you a specific idea about who is a better fighter. Let’s get right to it!

What Exactly is Anime?

Anime is a hand-drawn animation that originated in Japan. It’s considered one of the world’s most popular types of entertainment.

It refers to a particular cartoon style and design produced and inspired by Japanese animation. The art style that is associated with anime is unique and recognizable.

Japanese anime is different from cartoons. Even though both cartoons and anime can be seen as caricatures, anime is different due to its highly distinctive features used on characters and a more limited animation style that depicts movement.

Think about it! All anime shows are cartoons, but not all cartoons are considered anime. There are many different types of anime. Some of these include shojo, shonen, josei, and seinen.

Each kind of anime focuses on a targeted audience or viewers. Some general anime themes and genres include ninja and martial arts, supernatural or horror stories, romance, and science fiction such as robots and spaceships.

The shonen genre is by far the most popular type of anime. The shows of this genre are significant hits, such as “Dragon Ball Z,” “Naruto,” and “One Piece.“ Come to think of it, the Seven Deadly Sins or Nanatsu no Taizai is also a shonen.

The Seven Deadly Sins (Nanatsu no Taizai) is a Japanese fantasy manga series written and illustrated by Nakaba Suzuki. This show has five seasons, and Nakaba presents the modern-day interpretation of the seven deadly sins in them.

Meliodas is the male protagonist of this anime. The story revolves around a group of warriors who were wrongly accused of a crime they didn’t commit and, therefore, went on a mission to vindicate themselves.

This series began with an order of knights overthrowing their overlord. A young princess of the Kingdom of Liones, Elizabeth, is determined to fight the rebellion and asks the forgotten warriors for help.

Meliodas in the series is considered the dragon sin of wrath, the captain of the titular group of warriors, and was formerly the leader of the Ten Commandments. After the accusation, the group of warriors becomes the Seven Deadly Sins.

Meliodas is one of the highest-ranked warriors and a member of the Goddess clan and the Supreme Deity’s son. He was also the original reincarnation of Meliodas Liones and Elizabeth’s lover 3000 years ago.

However, in reality, he is actually a demon who is 3000 years old but has an adolescent appearance. He is later revealed as the son of the Demon King in the series and the original leader of the Ten Commandments.

Here’s a shortlist in case you want to recall other characters from this anime:

On the other hand, Estarossa is a demon and member of the Ten Commandments. He’s also known as Estarossa The Love.

The Ten Commandments was a group of elite warriors of the Demon clan and were chosen by the Demon King himself. They’re the most powerful demons.

During the war, the death of Mael devastated the Goddess Clan. This triggered them to perform the sealed in the Coffin of Eternal Darkness. This is the way of the Archangel Clan to defeat the Demon Clan.

Three thousand years ago, during that Holy War, Growther, a former member of Ten Commandments like Meliodas, and his son reconstructed Mael and everyone else’s memories.

They then gave the archangel (Mael) a new identity as a member of the Ten Commandments. He was regarded as the illegitimate son of the demon king. This makes Estarossa as actually Mael.

As one of the four archangels, Mael is considered a mighty goddess. One could also say that Estarossa never actually existed because Growther cast a curse that reprogrammed Mael’s brain to make him believe that he was part of the Demon clan.

Everyone thought that Mael had died, and everyone who knew Estarossa was convinced he had always been around.

Is Estarossa Related to Meliodas?

Estarossa is only considered to be the third brother of Meliodas. However, if you’ll really think about it, they’re not related at all. Remember, Estarossa is the Mael whom everyone thought had died.

The fact that they’re both a member of the Demon clan and a member of The Ten Commandments would make them somehow related. But they are far from that.

If you don’t know this fact, you are probably not reading the manga of this anime. Most of the time, what you see in the anime is not the whole picture.

What is Full Counter?

The full counter is a reflective power that the three warriors possess: Dragon’s sin of wrath- Meliodas, the Pacifier Fiend- Chandler, and Mael- who is a demon under the name Estarossa of Love.

This power allows the wielder to reflect the attacks by enemies to them, and it does so with the same power. In this case, the stronger the opponent’s power actually makes the user’s ability even more robust.

Some of the drawbacks of having this reflective power of Full Counter are that the user can’t initiate any attacks themselves and can only reflect attacks that they can see.

For example, they won’t be able to counter or reflect attacks by the opponents if they can’t read the nature and timing of the attack. Or there won’t be anything to counter if the enemy didn’t make an attack first.

Just thinking that both Meliodas and Estarossa have this power is already mind-blowing.

Meliodas can only counter “magic” attacks, and his version of the ability is rendered useless against indirect attacks or even just an ordinary punch. Whereas, Estarossa only can reflect “physical” attacks.

Personally, physical attacks could be much more difficult to counter. This is because if one attacked Estarossa continually, he might miss some of the attacks and therefore won’t be able to counter them. But it’s a valuable counter if the opponent doesn’t have much fast movement.

On the other hand, the technique that Meliodas uses is the Counter Vanish. Instead of reflecting an attack, he completely disperses the attack against him by folding his thumb and little finger and facing the palm towards the episode.

He also uses the revenge counter, his ultimate attack, where he turns off his powers so that he can take the damage. Then he charges his blade with the power and strikes his knife at the enemy. His sword is called Lostvaine.

Who Would Win in a Fight, Estarossa or Meliodas?

Many believe that Meliodas can beat Estarossa, and there’s absolutely no doubt.

They believe this because, in the anime’s third season, Meliodas’ assault mode already had Estarossa, Zeldris, and Cusack on their knees without moving an inch at the same time.

Meliodas is considered the second strongest from the Demon realm. However, we also know that Estarossa is the most powerful goddess and is regarded as the strongest warrior from the Celestial kingdom.

The following powers and techniques are what makes up their character:

Spoiler Alert: Although many consider Meliodas the strongest, Estarossa was actually able to defeat him in the anime war.

Read ahead in the article to know how Estarossa achieved this!

Even though Full counter/Revenge Counter is Meliodas’ OG power move, Estarossa was able to stop it because he possesses the Love Commandment.

Therefore, anyone in his presence who feels anger and doesn’t possess a commandment loses the ability to move. Meliodas was afflicted by Love and Piety commandments, leading to his defeat. Moreover, Meliodas didn’t have a commandment or grace at the time of the war in anime land, which is why his revenge counter failed when he felt angry.

He became powerless by Love as he holds a lot of hatred, being the dragon’s sin of wrath and this unresolved anger weakened his power.

To conclude, even though both anime characters can perform Full Counter, their versions are entirely different.

Meliodas can only repel magic attacks, and his ability becomes useless when there is a physical attack. Whereas, Estarossa can repel physical attacks but not magical ones. Meliodas is considered the one with the best Full Counter technique, and it’s his ultimate attack.

While Full Counter is a fantastic technique with so much power, it has its own setbacks, such as the user’s inability to initiate an attack himself.

Presale Tickets VS Normal Tickets: Which Is Cheaper?