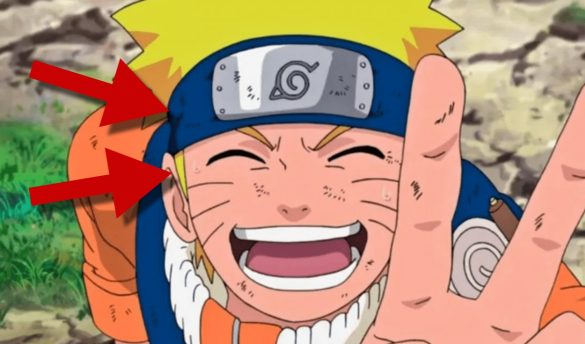 Anime fans are having difficulty differentiating forms of Naruto known as KCM (Kyuubi Chakra Mode) in Naruto: Shippuden: the sequel of the famous anime series Naruto.

If you are also one of them, let me break it down for you.

KCM or Kyuubi Chakra Mode is a form of Naruto that comes into action when he (Naruto) stole Kurama’s chakra in Naruto Shippuden.

KCM has its own multiple forms now, and you might be confused just like I was before I began to dig deep and search what KCM1, KCM2, and Sage Mode mean and how you differentiate between them.

This article will break down KCM, KCM2, and KCM sage mode in Naruto for you. I hope by the time you reach the end of the article, you’ll be able to recognize them easily.

What is KCM Stands for?

KCM is an acronym for Kyuubi Chakra Mode. It is a form of Naruto that comes into play when nine tails of the chakra (transformation mode of jinchūriki) are combined with Naruto’s chakra.

Further KCM forms that come into existence after using Kurama’s chakra are:

There are further types and stages of sage mode. With each type, Naruto gets more powerful and gains more abilities.

KCM1 is the simplest form of Naruto, which comes into play when he stole 9 Tails Kurama’s Chakra by force.

This happened when the killer bee asked naruto to go to the Fountain of Truth, where Kurama’s chakra stole.

It’s important to remember that KCM1 has limitations because NineTails refused to cooperate with Naruto.

Naruto can only get half of Kurama’s chakra; the other half is sealed in Minato before he dies.

The KCM1 form of naruto appears in the yellow chakra clock with flickering flames.

It has the following abilities:

This form is exclusive to the Nine-Tailed Fox. That means only Jinchuriki from Nine-tailed can use it.

When Naruto and Kurama could link their power entirely and unleash everything they had, the OP character KCM2 was born.

It was the most sensational scene in the whole series that everyone was waiting for.

In this stage, Kurama’s hatred has been removed and turned into pure love and appreciation for Naruto.

The KCM2 updates the naruto power and strength.

The complete Kurama mode of naruto is called KCM3.

This form is not much different from KCM2. However, naruto is a bit stronger in KCM3 compared to the other two forms.

The KCM3 version has a different appearance from other versions. He has a mark around the neck, a circle around the belly, a small circle over the stomach, and two lines towards the feet.

This version has the following abilities:

What is Sage Mode in Naruto?

SM or sage mode is a unique state where Naruto can absorb and use the chakra from nature. It is known as Senjutsu Chakra.

Sage mode increases the naruto strength to the next level. Its physical attributes boost a bit, making him a league of his own. However, there are certain limitations to his power.

KCM and sage mode are two different forms of Naruto. When the power of Kurama combined with NarutoーKCM came into existence. And when Naruto uses the natural power to enhance his own power, sage mode gets activated. The sage mode has a very short time limit, while KCM has a bit upper hand in power and speed.

KCM1 can use chakra’s arms to pull out Rasengansーhe does not need clones to do that.

This is called advanced chakra manipulation. He can pop out chakra arms from any part of his body. His sensory ability helped him to recognize Kisame.

Last but not least, KCM1 Naruto could make mini Bijuu Bombs. However, it gets perfect when he enters KCM2 mode.

KCM2 Nurato can even make tailed beast bombs without limitations. These bombs can vaporize everything with one blast.

Moreover, KCM2 can manifest Kurama’s body parts from any area of his whole body. And the best one is he can transfer Kurama’s chakra to anyone with just one touch.

On the other hand, Sage mode can sense chakra around them and can feel attacks without the need to see them.

KCM2 has more power than KCM1ー he can execute OP Jutsus and defeat his enemy effortlessly.

KCM1 can access Rasengan and Rasenshuriken jutsus. With his power in KCM1, Naruto outranks all other shinobis except some OP characters like Madara and Hashirama.

KCM is more powerful than sage mode. However, the Six Paths version of SM is the most potent sage mode, naruto. KCM can knock down SM effortlessly with his superpower abilities.

Is KCM2 faster than KCM1?

KCM is the faster mode of naruto, and KCM2 is stronger than KCM1, but there’s no indication of who is faster between KCM1 and KCM2.

Only in reaction speed can we say KCM1 is good until he masters KCM2.

But, what brings us to this conclusion? The reason is we see KCM1 react to Obito that later bites KCM2 Naruto.

Also, notice that Naruto didn’t grasp the fact that KCM2 has a time limit. So until he masters it, the KCM2 will become faster than and solid above the KCM1.

KCM2 is a more advanced version, so it’s logical that Bijoo mode straight up has faster speed than other versions.

Is KCM stronger than Sage Mode?

No, without a doubt, KCM is stronger than sage mode.

KCM has a better power-based mode to knock down Sage Naruto (SM) at any time.

However, power, speed, and strength are different in this context. Strength in this statement isn’t just attacked potency but battle strength in general.

So let’s break down their abilities to understand who will be the winner if they have a face-off!

First of all, Sage mode is superior in terms of its sensory abilities. There is no doubt that he has some excellent reflexes, which helped him defeat the Third Raikage.

However, KCM1 is a bit stronger than Sage mode. He is faster and can use Jutsus more easily since chakra flows out of his body.

So does sage mode not have strength at all? Technically speaking, he does have an edge when it comes to power. How? SM showed far superior feats over KCM. The best one is when SM lifted Pain’s summoning, and with 20,400 tons of force, he threw it quite a distance in the air.

Another famous event of the strongest Sage Mode is from the Sage of Six Paths. SM Naruto acquired the Six Paths Sage Mode. When he met KCM in the Fourth Great Ninja War, Naruto became so powerful that even Madara failed to defeat him with his strongest SM.

Naruto in KCM has acquired an incredible power boost. With that power, he can use multiple Kage-level clones to defeat multiple Kages. Moreover, He can output much more consistent firepower and use flicker at an unprecedented rate.

All of this, but still, Sage Naruto wouldn’t stand any chance in front of KCM in power-based strength.

Check this video below to see the tremendous transformation that happened when KCM and sage mode of Naruto combined:

In conclusion, KCM and sage mode are different forms of Naruto. Sage mode itself has various forms, just like KCM has.

Because they are different, comparing them is not essential. All their forms have tremendous power and abilities.

However, I hope this article helps the confusion as to which one is which.

Click here to view the web story version of this article about Naruto.

What’s the Difference Between International and Multinational Companies?