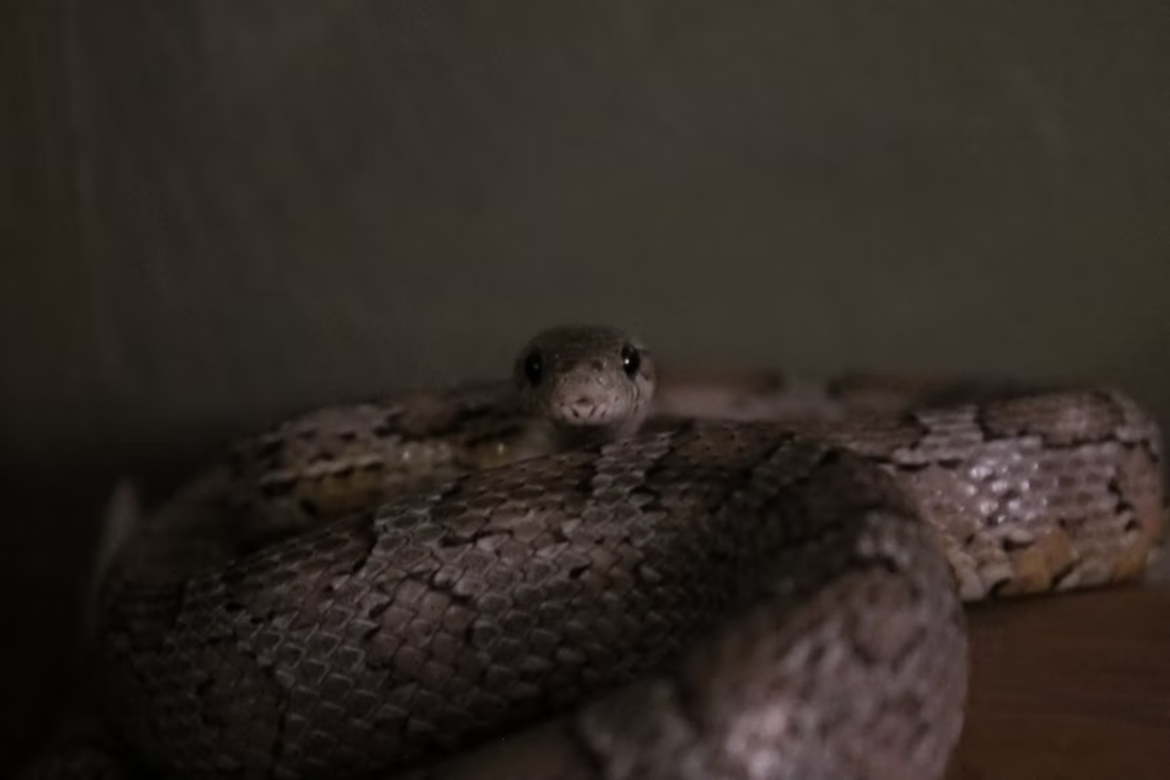 Living organisms are categorized into groups and they are further divided into species. This is exactly what has happened here too.

A rat snake is a group of species and a corn snake species lies in that group.

To clear your concept and to give you a little more detail on this topic, I have come up with a few sections that will help you a lot in figuring out this question yourself. So, let’s dive in!

Are a rat snake and a corn snake the same?

They certainly are! A rat snake is a whole group of species while a corn snake comes under that group.

I know this all gets confusing really quickly and to make this information easy on your brain, let’s get to know both of these snakes separately.

What is a rat snake?

A rat snake family comes under the Colubrinae, which is the sub-group of the Colubridae family. Snakes from this family are known to be constrictors.

Constrictors are those preditors that squeeze their prey till death to swallow them whole! Freaking crazy right? The those of seeing such a thing is giving me chills in the spin.

While being on the topic of prey, it’s important to note what a rat snake’s diet is: bird eggs, rodents (rats, moles, mice, and chipmunks), frogs, lizards, and species in such categories.

You may find this weird but people often like to pet snakes and a rat snake is a good choice if you are up for keeping a pet snake at home because they are not venomous. And with a variety of colors, there are people who find them to be pretty too.

The average length of a rat snake lies between 6-9 feet. A rat snake can be found in the range of South-East of the United States.

Check this video about rat snakes from North America to understand this species better.

What is a corn snake?

A corn snake is a species that belongs to the group of rat snakes. These snakes are considered to be vivid in colors with black and white strips on its belly.

A corn snake likes to be in hiding so it is likely that you do not find them in the daytime. These snakes like overly grown fields or abandoned buildings where their food supply is at max. For eating, a corn snake likes rodents, birds, bird’s eggs, frogs, lizards, small snakes, and small mammals.

You can find these snakes in Maryland, Virginia, Mississippi, west of Louisiana, Tennessee, and south of Florida.  A corn snake is also without venom and is a constrictor preditor. The average size of a corn snake is 2-6 feet.

Is a rat snake a corn snake?

I would rather say that a corn snake is a rat snake because there are so many other snakes that can be rat snakes. The rat snake family has almost 40 to 55 species in them, all with different regions. Here are a few of them listed below.

And the list goes on. The corn rat snake can be recognized through its stripes that are starting from its eyes and passing through its jaw. Also, the big and bold, black and white zebra-like patterns on the belly also distinguish corn snakes from the rest of the group species.

How can you tell if a snake is a rat snake?

Rat snakes have their own unique patterns like other snakes have. If you see irregular but uniform blotches that go down the body length of a snake, know it’s a rat snake.

Identifying a snake is a tricky business even if you are a big fan of them. People who have always been afraid or are just not fond of them may have more difficulty in finding the difference between these species but you have to know where to look to know the difference.

The internet is full of high-definition pictures of different snakes but always remember to check out the patterns rather than the coloration. The colors of a snake can vary from region to region and age to age but the pattern tells it all.

Species that come under the rat snake family are mostly docile than aggressive. In other words, rat snakes are more submissive than challenging. This is another reason for them being a good option as a pet.

Although most rat snakes are easily controlled, some of them tend to be aggressive if they feel they are being cornered.

Rat snakes also pretend to be venomous by musking in front of their predator to send alarming signs. Also, these snakes vibrate their tails to pretend to be like rattlesnakes for the preditor to let them go by misunderstanding them with other rattlesnakes.

Where do you find these snakes?

Rat snakes can be found throughout North America, starting from central America to the southern region of Canada. This snake group has a lot of members in it and remembering where they all live is difficult. So here is a chart that will list a few of them in one place.

Snakes are both loved and feared by people. I personally know people who get chills just by the talk of snakes and there are people who love to keep one as a pet.

Rat snakes are a good option to keep as a pet and a corn snake is considered even a better choice due to its coloration.

Rat snakes are non-venomous, constrictors, and rodent hunters in general. These species are more submissive than aggressive but when needed they can act to save their life.

Snakes are always identified through their patterns rather than their colorations as they can change from region to region and age to age. A corn snake has black and white bold strips that may be unevenly shaped but coordinates with each other.

The topic I have covered today may have given you a shiver or made you excited, whatever the case is be cautious with snakes around you even if they are your pet. The species needs love and you too need caution.