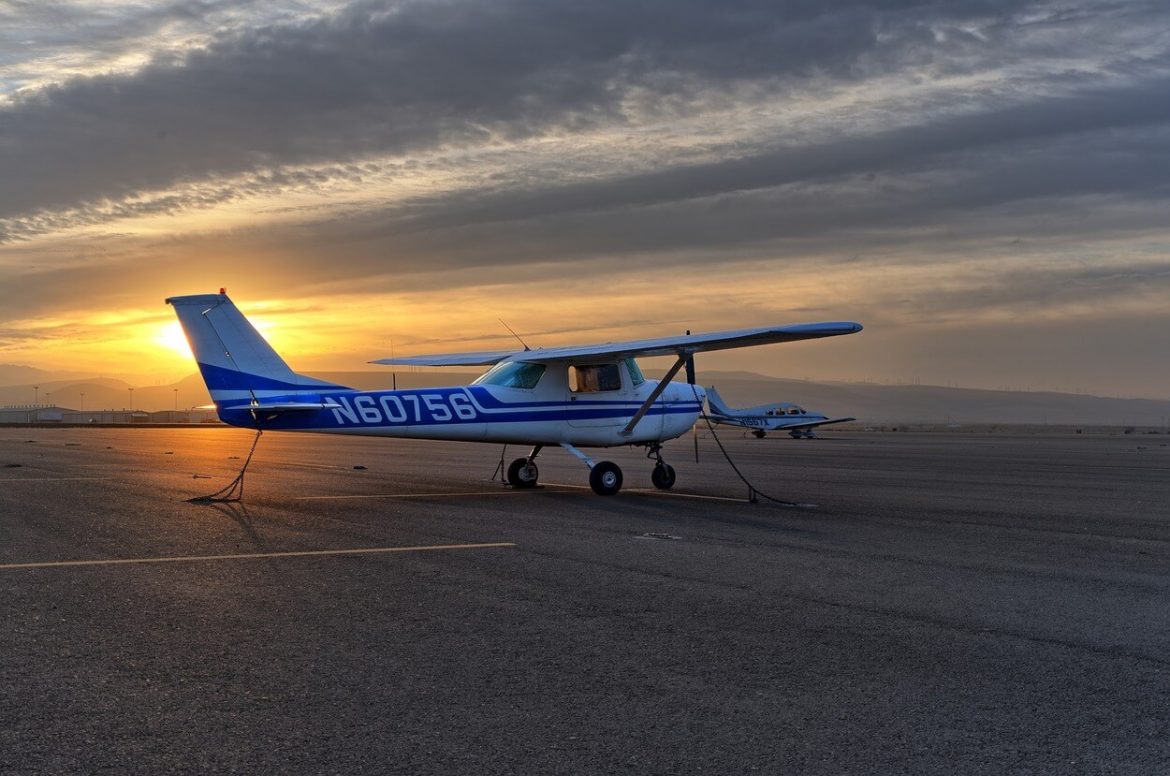 There is just something about an airplane that gets your attention. Every time you see one flying above you its power, speed, and sound just sends those chills down your spine and make you want to become a pilot when you grow up.

I guess it’s not just the airplane that gets us all fanciful but it’s the ingrained thought to reach for the sky that makes us interested in flying in the first place.

Getting you all hyped for airplanes I’d like to focus your attention on the differences between the Cessna 150 and Cessna 152.

Cessna 150 was successfully first flown on 12th September 1957 after the success of the Cessna 140 model with a slight modification to the landing of the plane. After a good response of the 150, Cessna 152 was introduced to enhance load through more weight of (760 kg), with overall lower noise levels, and run better on newly presented fuel.

Let us jump into the details to find out how much alike and different are the two models of Cessna 150 and 152.

Cessna 150 was one of the most popular aircraft of its time by offering ease in flying and used for aviation training. The very first model made it in 1958!

Although this plane lacked speed and advanced features like modern airplanes, it was incredibly helpful to get your pilot right. Being one of the most affordable planes it was always a treat to buy and fly it.

Once you’re licensed to fly you can do many things with your Cessna 150. Take your friends and family for a ride, practice flying, and land in different places all while enjoying the view. Having a Cessna 150 over any other aircraft it’s less pricey, more convenient around airports, and practicing to fly your plane will make you a great pilot.

Here is a list of variants introduced by Cessna 150:

With the option available to be flown by an individual and served in the Military, having around 16 variants and is less prone to accidents. Cessna 150 was worth the purchase!

The Cessna 152 was a famous single-engine two-seat aircraft. It was designed in 1977 and was one of Cessna Aircraft Co’s most popular aircraft ever.

It was originally used to train private pilots when it first went into production. However, in 1985 the production of the Cessna 152 was stopped due to the low scope of training space.

The cost is also very reasonable, making owning your plane more affordable than ever! In addition to all of this, this model is equipped with two tank wings, allowing each tank to hold 20 gallons. This gives 152 additional flight ranges of 45 miles, which is quite a lot for such a small aircraft!

Here is a list of variants introduced by Cessna 152:

An aircraft is flown by individuals who served in the Military, having around 7 variants and with a top speed of 127 miles per hour at sea level. Cessna 152 was a great aircraft for short-haul flights or for obtaining a private pilot’s license. Affordable, reliable, and easy to fly.

For easy flying, the Cessna 150 is hard to beat. Ideal for training, easy travel, and quick local jumps, the little 150 is a good option for general-purpose entry-level aircraft.

Cessna 152 was replaced with the all-new Tecnam P2008JC, which trainers say is cost-effective, quiet, and environmentally friendly.

The Cessna 150 has an average weight of 508kgs, and a total weight of 725kgs, meaning its effective payload is around 216kgs. Cessna 152 has a max takeoff weight of 757kgs and maximum weight in luggage compartment, stations 50 to 76 around 54kgs.

For Cessna 150, you’ll need a landing distance of (50′) 1.075 to carefully land your plane. For Cessna 152 if the runway is dry, and there is no wind with you being an experienced pilot, you can safely land the plane at 150 meters away.

If you’re interested to know the detailed comparison between a chopper and a helicopter you can have a look at my other article.

Cessna models, from the year 1966 were the amplest, over three hundred thousand Cessna 150’s were created. During the plane’s long-term history, the long stretches of 1966 through 1978 were the “great times” for Cessna deals.

Pilots who were experienced with the Cessna 152 shifted easily toward the four-seater Cessna 172. Supposed to be the most well-known and top-selling airplane on the planet, this model is as yet delivered today and looks liable.

Estimated by its life span, the Cessna 172 is the best airplane ever. Cessna conveyed the primary creation model in 1956 and starting around 2015, the airplane stays underway today.

Taking everything into account, the vast majority of people prefer buying a plan that’s more up-to-date. Cessna 172 Skyhawk Buyers Guide suggests that the best arrangement really is a 1974 model 172.

No, the Cessna 150, 152, and 172 do not qualify as light-sport aircraft. All of these planes are heavier than the maximum weight allowed for a sports pilot license. Because Cessna planes are so popular and widely available, this is a frequently asked question.

If you want to fly a Cessna aircraft, you should get your private pilot license first because these planes are typically larger and more advanced than what a sports pilot would fly.

What Are the Most Affordable Planes to Buy?

As you might expect, the cheapest planes to fly and buy are small personal aircraft. The Cessna 150, Ercoupe 415-C, Aeronca Champ, Beechcraft Skipper, Cessna 172 Skyhawk, Luscombe Silvaire, Stinson 108, and Piper Cherokee 140 are the most affordable planes to buy.

Having your own plane to jump in and fly whenever you want is something that all pilots hope to achieve at some point. However, many people believe that getting their hands on a plane requires hundreds of thousands of dollars (or more). The truth is that some of them are less expensive than you might think.

The Cessna 150 is the most famous model in its group. It has a fixed-pitch metal propeller and can be outfitted with a discretionary consistent speed prop, making it more prudent than some other airplanes of this size. Nonetheless, a few pilots have detailed disapproving of extreme vibration at higher rates on hot days while flying near ocean level.

Assuming that you have at any point experienced comparative issues while steering one of these airplanes, it’s strongly prescribed to get the plane viewed by an expert straightaway so the foundation of the issue can be tended to.

The Cessna 152 has a steady-speed propeller which makes it more costly yet offers many advantages for pilots. For instance, while cruising at high elevations or in colder conditions where the air thickness is lower, having this sort of propeller will assist with keeping up with motor execution and keep the airplane flying at its ideal journey speed.

Furthermore, if you are compelled to make a crisis arrival on water, a steady speed prop will give you more power and permit you to remain airborne longer than if you were utilizing a fixed-pitch metal propeller.

At last, which model of Cessna you decide to fly ought to descend to your particular requirements and what you feel is alright. Both airplanes give you the benefit of doubt, so try to do some extra examination before pursuing the last choice.

What Is the Difference Between Airborne and Air Assault? (Detailed View)