Home LifestyleCulture Dragons Vs. Wyverns; All You Need To Know
Culture 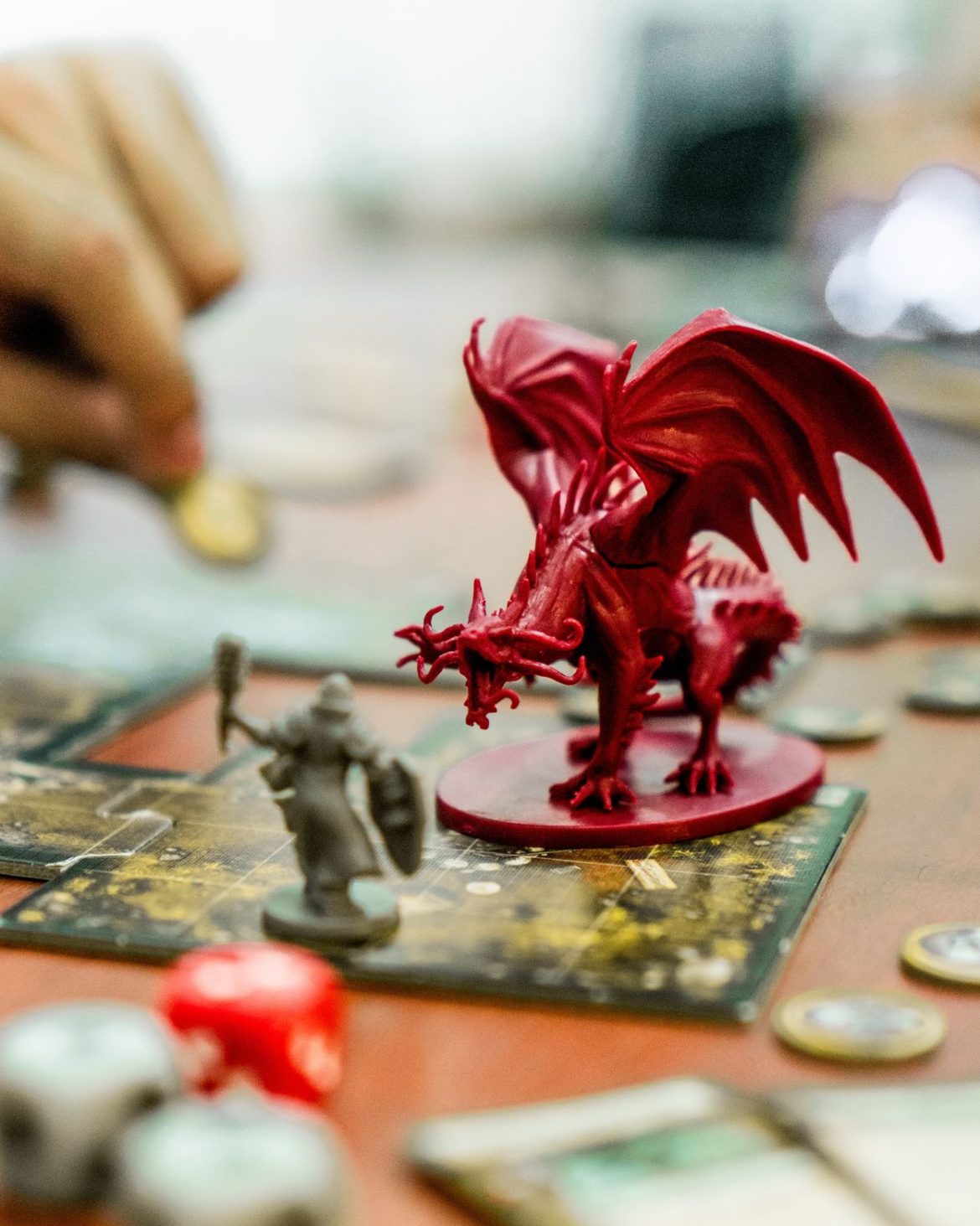 Straight answer: The number of legs is one of the most significant distinctions between Dragons and Wyverns. Dragons have four legs while Wyverns have two.

Dragons can be anything you want them to be. Their fire breath is what makes them amazing. They have been depicted in a variety of ways all around the world.

Dragons are associated as big-scaled lizard-like animals with large wings and fire-breath. The Tarasque and Zburator are examples of Dragons.

Chinese dragons are frequently represented without wings. In addition to that, Wyverns have the ability to transform into dragons.

Smaug, a popular type of dragon, has two legs in the Hobbit Trilogy (film).

In many movies, the dragons you see have the characteristics of wyverns, such as Smaug.

These were just a pinch of differences between them. We’ll have a broader look at both of them. Not only the contrast but the FAQs and ambiguities of the masses will also be addressed.

How Can You Differentiate Between A Dragon And A Wyvern?

As seen through the eyes of the Middle Ages: Wyverns were once thought to be smaller than dragons.

Wyverns are also thought to have a long, whip-like tail that ends in a venomous barb. Dragons were rarely said to have this characteristic; instead, they were said to have a deadly (or even fiery) breath, which most wyverns lack.

Both species were thought to be capable of flying, but the Wyvern was said to be faster and more fond of flying than the dragon.

Dragons have four legs, allowing them to stand/sit on the ground while clawing at their assailants, which makes sense. Their breadth is one of the most important traits.

The attacking potential of a grounded wyvern, on the other hand, was thought to be limited because they lack “free” claws and their tail isn’t totally free to move.

What Are The Conceptions of Medieval Bestiaries About Dragons and Wyverns?

The conceptions provided in medieval bestiaries are picked up in most contemporary fiction, making wyverns the “lesser cousins of dragons.”

The most significant distinction is that, in many fictional universes, dragons are regarded as the pinnacle of the magical food chain, the most powerful mystical beings on the planet.

Fantasy wyverns, on the other hand, are nearly invariably depicted as “mere creatures,” albeit shrewd and nasty ones. As a result, they’re likely to be depicted as near-immortal, highly brilliant schemers and strategists who can speak, and perform spells.

They disguise themselves as humans, among other things. Wyverns tend to be less intellectual and incapable of speech or magic, while also being smaller, faster, and more violent than the dragons themselves.

The number of legs has always been the most significant distinction between the two. Wyverns were constantly shown as having only two legs in all medieval bestiaries (and often in heraldry), whereas dragons had four.

Wyvern is a creature that has two legs while a dragon is with four legs.

It’s very important to quote that the wyvern and the dragon are both believed to be terrible creatures in principle, with the dragon even being considered a manifestation of the devil himself. Therefore, it’s unclear why the wyvern became such a popular element in medieval heraldry.

In addition, unlike dragons, one may be unlucky enough to come across numerous of them at the same time. Fighting a dragon is similar to fighting massive archmagi with absurd hit points and an almost limitless supply of magic from the opponent.

Apart from that Wyverns were only regarded as separate creatures in Britain on rare occasions.

They have two fewer limbs than humans. Wyverns have four limbs in all. Hookfang from HTTYD has two legs and two wings.

Dragons, like the majority of the remaining HTTYD dragons, have six limbs, four legs (or two legs and two arms for anthropomorphic dragons), and two wings

Are Dragons The Same As Wyverns?

Dragons have always been two-legged, winged serpents with wings. Dragons were frequently depicted with only two legs in the early drawings.

When it came to heraldry, “Wyvern” was just a later nomenclature to distinguish the two. The mythos of the wyvern as a different, smaller, and weaker creature emerged much later.

When you consider that the same is true for a lot of dragon folklore, the idea of wyverns spouting poison instead of fire doesn’t really work.

Modern fiction, primarily D&D, which many people believe is the ultimate word for “fantasy”, is responsible for all of the distinctions drawn between wyverns and dragons.

Wyverns are dragons, or a sort of dragon, or subspecies of the dragon, that is so similar to “regular” dragons.

According to a peculiar argument I’ve heard, dragons have four limbs, yet wyverns only have two. The only element of that statement that is valid is that wyverns have two limbs; there are several occasions where dragons do not have four limbs, such as wyverns.

All in all, Wyverns are treated as nothing more than a sort of dragon in most works of fiction.

Why Are Wyverns Referred To As Dragons?

They’re basically big, nasty fire-breathing birds when they only have two (their wings serve as upper arms). Wyverns are the names given to these monsters in Dungeons and Dragons.

To prove this theory, all we have to do is look at popular films. When a dragon has four legs, it is often depicted as wise, regal, and intellectual.

The table below categorizes the role of dragons in several films and their type, whether they could talk or not.

Wyverns Vs. Dragons; The Significant Features

Wyverns have a body, an alligator-like head and a long neck, hind legs, amazing leathery wings, and a long tail with a stinger that can shoot very lethal venom.

Their claws are razor-sharp, and their teeth are a collection of powerful ivory daggers. These are cousins of dragons that can grow up to 18 ft. to 20 ft. in length.

On the other hand, Dragons are depicted as having forelegs and hind legs, as well as the same head, neck, and wings as the wyvern.

Their long tails can be tapered or barbed, but they’re not poisonous, yet they have thrashing strength that can pulverize

They come with wings that can generate high-velocity wind gusts, and their jaws are packed with fangs that can rip and crush. Spikes, plates, ridges, and finned spines can be found all over their bodies, from the brow to the tail.

As An Outline, How Do Wyverns Differ From The Dragons?

The Following points give us a summary of the characteristics of both; the Dragons and the Wyverns.

Overall, Wyverns are physically smaller, lighter, and, for the most part, weaker than dragons they are also mentally brilliant creatures.

Despite the fact that both species live in untamed terrains where humans occasionally settle, Dragons prefer to live underground, building their nest on a high dry country for a buckle.

What Are Some Of The Distinguishing Characteristics of A Dragon?

A dragon is also known as a live monster. As a long-lived monster, they can grow to be rather large, with 30 – 50 feet being the usual, depending on the dragon’s breed, environment, and available food sources.

They’re described as having human intelligence ranging from average to brilliance, as well as incredible guile and the ability to speak any known tongue, man or beast.

Dragons also tend to have episodes of periodic bouts of uncontrolled rampaging & plundering.

It can afford them dreams while stretched atop their trove of antiquity, masterworks of unparalleled craftsmanship.

It’s better to act as if you’re retreating, than turn around and surprise an opponent who isn’t anticipating your full might. When fighting a dragon discussion and mutual measure of extortion is the best way to soothe it.

A dragon, although being a living weapon, would never consider itself to be used as a “thing.” Besides, whoever claimed residence would be fair game for food or the next source.

You can give a thorough reading to this article if left with any confusion regarding a Dragon and a Wyvern.

Want to find out the difference between wizards and warlocks? Take a look at this article: Wizard vs. Warlock (Who is stronger?)

Wife and Lovers (How are they Different?)