Fraternal Twin Vs. An Astral Twin (All Info) 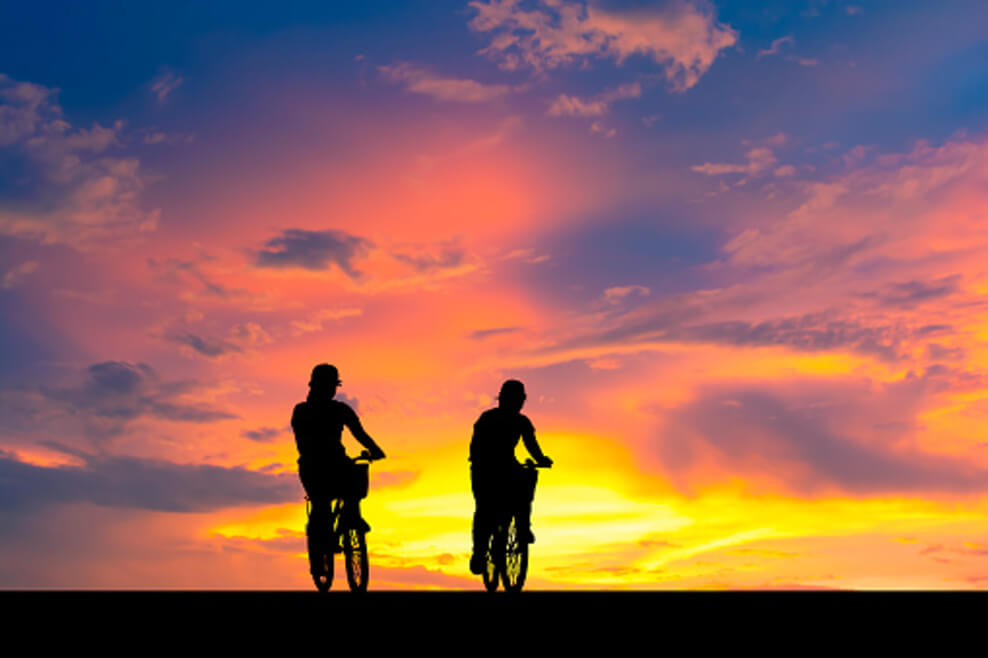 Twins are people who are born at the same time and given birth by the same woman. But twins are further classified into identical, fraternal, non-identical, and astral too.

Although identical and fraternal twins are proven by science, they are siblings. Astral twin is a concept that is more theoretical than scientific and is related to astrology.

They don’t appear to be identical, and they can be either same-sex or different-sex. On the other hand, Astral twins are people who were born at the same time, on the same date, and in the same place as someone else.

They are identical in character and live parallel lives.

In this post, we’ll take a look at different types of twins, such as identical, fraternal, and astral. Most importantly, I’ll address the similarities and differences between an astral twin and a fraternal twin.

All you need to do is be with me till the end of this article to comprehend the ambiguities related to it!

How Can You Differentiate Between An Astral Twin And Fraternal Twin?

People who believe in astrology feel this is significant for some reason, but I have never seen any evidence related to astral twins.

The facts about different zodiac signs suggest that this is a type created by ourselves, and nature has nothing to do with it.

With all due respect, twin flames are a pseudoscience belief system rather than a true phenomenon. For twin flames, there isn’t even a set of consistent or agreed-upon relevant rules.

It’s not like there’s a handbook of chemistry and physics available. If it were true, scientists would be researching the process and actively employing it (together with other forms of magic) to unlock the universe’s mysteries.

Instead, they employ a method known as science, which is without a doubt the most significant and effective method for comprehending how the universe works.

What Are Astral Twins And How Do They Work?

Astral Twins are two people who were born on the same day and at the same time. They are frequently observed to have very similar personalities and, in some cases, physical looks that resemble twins.

Although there is no such evidence about it, this is a belief of people who are related to astrology, so we respect what they believe.

Hence, Astro twins and Astral twins are two different types of twins which astrologists believe. They are expert astrologers that reach out to millions of people throughout the world with their accurate forecasts.

What Is The Difference Between A Twin And an Identical Twin?

As the name implies, monozygotic twins are formed when a single egg is fertilized by a sperm and creates a single zygote, which subsequently divides into two embryos.

Though they are genetically identical, developmental changes such as where they arise in pregnancy and other factors cause them to differ.

On the other hand, dizygotic twins are created when two eggs are fertilized by two distinct sperm. They share DNA in the same way as other siblings do, with the exception that they were born together!

To summarize we can say that, twins are born from the same mother during the same pregnancy, although their genomes may differ.

Monozygotic twins are created by the cleavage of one zygotic cell and the formation of two fetuses’. They are genetically identical since they share the same genetic material.

Now we know about the variations between identical, fraternal, and astral twins, right?

Fraternal or dizygotic, twins form two different amniotic sacs, placentas, and supporting systems since they are two separate fertilized eggs and they have different DNA.

Talking about identical twins, They are also known as monozygotic twins with identical DNA, may or may not share the same amniotic sac, depending on how soon the single fertilized egg divides into two.

If the twins are a boy and a girl, they are certainly fraternal twins because they do not share DNA. A boy’s chromosomes are XY, whereas girls are XX.

Examining each other’s DNA is the best way to tell if twins are identical or fraternal.

Identical twins have the same DNA, but, due to environmental influences such as the womb, they may not look exactly the same.

However, due to environmental influences such as womb location and life events after birth, they may not appear similar to one another.

Because different regions of one’s DNA can be turned on or off in response to environmental factors, the DNA of identical twins can grow increasingly divergent over time

Hence, they are not the same, in terms of characteristics. Although identical twins may seem similar on the outside, they are still independent individuals.

What Are The Three Different Types Of Twins?

The following is the list of three different types of twins:

Let’s have a look at the fraternal twins.

Fraternal twins, also known as dizygotic twins, are created when two different eggs are fertilized by two different sperm. Because the ovaries release two eggs rather than one, this can happen.

They are similar to each other but not identical to one other. Two boys, two girls, or a boy and a girl can be fraternal twins. Each kid develops within the confines of his or her own placenta.

What Do you Know About Identical Twins?

Within a few days of conception, a fertilized egg can split and generate genetically identical twins. Monozygotic refers to twins who are descended from a single zygote. The sex of identical twins is the same.

Identical twins can be classified into three groups.

Approximately one-third of identical twins divide immediately after fertilization, resulting in wholly different twins. These twins have separate placentas, much like fraternal twins.

After attaching to the womb’s wall, the remaining two-thirds separate. As a result, their placentas are shared. Monochorionic is the technical term for this.

Splitting may occur even later in a tiny minority of identical twins. In addition to sharing a placenta, both twins share an inner sac termed the amnion.

Do you know that; in Australia, identical twins occur in about 1 in every 250 pregnancies.

How to Tell If Twins are Identical or Fraternal From an Ultrasound?

Healthcare professionals may use ultrasounds within a specific time to determine if twins are identical or fraternal.

Based on ultrasound results or examination of the membranes at the time of delivery, healthcare practitioners can sometimes determine whether same-sex twins are fraternal or identical.

Examining each child’s DNA is the most accurate way to identify whether twins are identical or fraternal.

Contrast Between Fraternal and Identical Twins

The table shows some of the distinctive characteristics between a fraternal twin and an identical twin.

Is It Possible for Fraternal Twins to be of Different Genders?

Fraternal twins might be of different sexes or be the same. Like any other sibling, they share half of their genes. Monozygotic, or identical, twins, on the other hand, are born from the fertilization of a single egg that subsequently separates into two.

They may be of the same gender and share many of the same qualities, but they can also be very different from one another and, like their sisters and brothers, share half of their DNA.

The difference between fraternal twins and monozygotic, or identical twins, is that monozygotic twins result from the fertilization of a single egg with a single sperm, and then those massive eggs split into two individuals during embryonic development, or cell splits, which later develop into two offspring.

Maternal twins are sometimes known as monozygotic twins or identical twins. They are created by separating the fertilized egg. They also have the same placenta.

The types of membranes that surround the fetus, such as the chorion and amniotic sac, can, however, differ.

What Are Some Facts Regarding Fraternal Twins That You Might Not Know?

Here are some of the amazing facts about fraternal twins.

They are the most prevalent twin type supported by different structures. Also, the twins can be of the same or opposite sex. It’s possible that they weren’t born on the same day yet could be opposed.

Lastly, fraternal twins may run in the family. And there are many twins in a single family.

What are Astral Twins Luminaries?

The Luminaries is the sixth- part of a series based on a novel related to the concept of astrology.

In that series, Emery Stains (Himesh Patel) and Anna Wetherill (Eve Hewson) are discovered to be “astral twins.” The Luminaries have a few light twists and turns.

The show joins a slew of other recent television shows that are blatantly objectionable. Richard TeAre: Te Rau Tauwhare, a Maori character, is only briefly mentioned (Richard Te Are).

What Exactly is an Astral Twin? Is there a Difference Between Twin Flames and Astral Twins?

Two people who were born on the same day and at the same time. They are frequently observed to have very similar personalities and, in some cases, physical features that resemble twins.

Twin flames vibrate at a high frequency. Their bond is stronger than thunder, lightning, and all of nature’s forces combined.

Even if the circumstances that produced these sentiments aren’t mutually shared, they feel shame, fury, love, happiness, and the entire gamut of human emotions together.

They are mirror spirits, and their identical mental and spiritual attributes are due to their duality. They don’t appear to be unconcerned. Sure, they have flaws, but even their flaws are uncannily alike.

They may be identical or not identical. They are classified first into conjoined twins, mirror twins, maternal twins, and many more. Fraternal twins are dizygotic as they are formed with two zygotes from the same mother.

On the other hand, astral twins are defined as those who are born on the same date and same time, yet they are called twins because of their physical characteristics and features that are very similar to each other.

Although this concept is not proven by nature, it has been a strong belief among people who have faith in astrology.

Overall, these two types of twins are way different from each other in terms of beliefs and concepts, with a pinch of similarity between them.

To find out more about the human body, give this article a read: What is the Height Difference Between 5’7 and 5’9?

Click here to learn more about Fraternal and Astral twins through this web story.