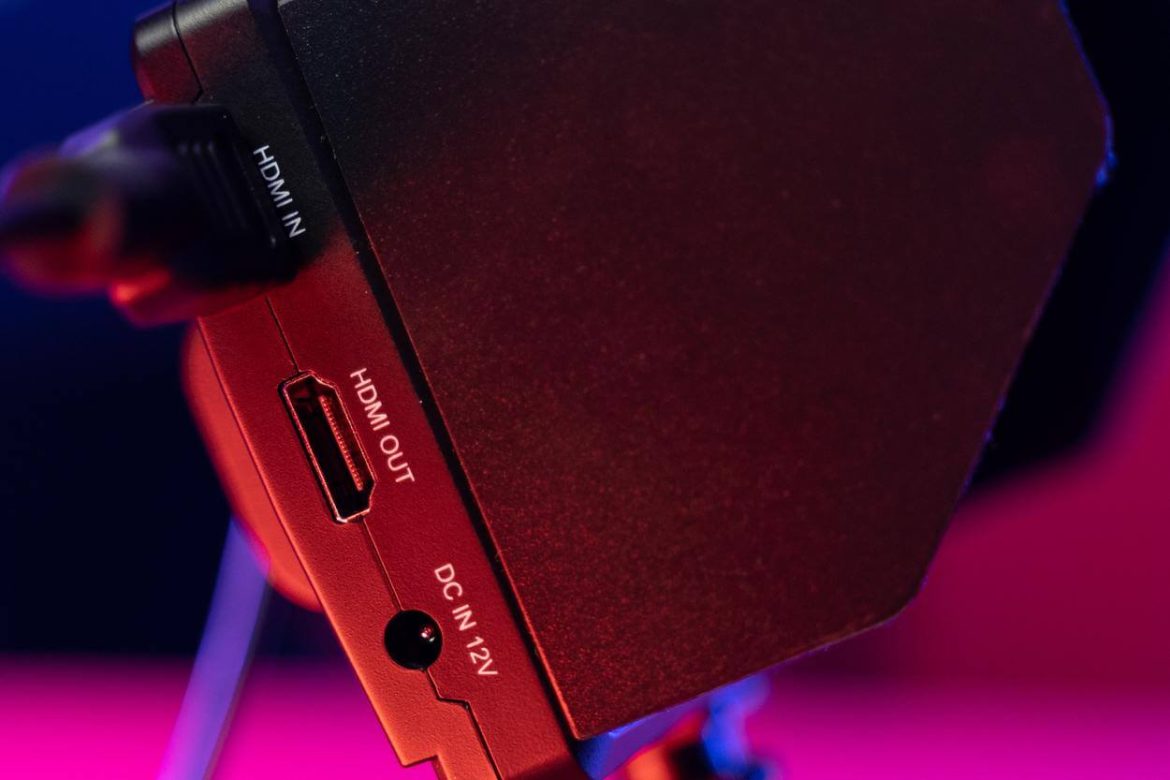 Obviously, these two are both HDMI that you use to enjoy your HDTV, DVD player, Projector, or Monitor.

To give you a piece of quick information, the most significant difference between HDMI 2.0 and HDMI 2.0b is that the latter includes HLG. This HLG (Hybrid Log-Gamma) format allows broadcasters to transmit 4K resolution by just increasing the bandwidth quickly.

But this doesn’t mean the HDMI 2.0b is a better fit for your needs. If so, which one is best for you to have? Before we get to some clarifications, we need to understand what an HDMI is and what functions it performs.

HDMI stands for “High-Definition Multimedia Interface” and is considered a proprietary interface used for transmitting uncompressed video data and uncompressed or even compressed audio data.

For flexibility purposes, HDMI connectors are available in three sizes which include standard, mini, and micro. Many HDMI cords are also designed differently to support specific video resolutions and features in the HDMI specification.

Moreover, the main goal behind the development of HDMI was to create a smaller connector that would help improve on pre-existing connectivity standards and deliver high-quality audio and video.

It’s considered one of the most commonly used HD signals for transferring audio and videos from one device to another through a cable. It’s used in the commercial AV sector and homes connecting devices such as TV, DVD player, Xbox, and PlayStation.

HDMI is a simple and effective cable that also features on laptops and PCs. It’s becoming the standard for corporate and commercial markets. It’s now used in education, presentation, and even retail display.

Which Devices use HDMI?

HDMI cables are considered the best innovation because of their easy use and plug-and-go ability. Take a look at this list of media devices that makes use of this technology:

Perhaps all of the devices in your home use HDMI!

HDMI continues to lead its way in data interface connectivity. The home isn’t the only place it’s useful, but you can use it within many industries, including military, healthcare, surveillance, and aerospace.

How to Use HDMI?

The best part is that it’s so easy to use! You don’t need to be a tech-savvy person to know how to connect an HDMI to your devices. Here are a few simple steps you need to follow, and you’ll be good to go!

On the other hand, HDMI 2.0 is considered an equipment standard created to support the increased bandwidth requirement of 4K Ultra HD displays.

This is because 4K displays have a much higher resolution than previous technology. They require more audio and video to be transmitted through an HDMI cable. Therefore, HDMI 2.0 was developed to meet its needs.

HDMI 2.0 is certified to have a bandwidth of 18 Gigabits per second and supports 4K resolution at 60 frames per second (FPS). This version offers additional features such as enhanced audio capabilities and dual video streams to multiple users.

18Gbps supports 4K resolutions at a higher refresh rate and more detailed color information than the previous one. It’s entirely backward compatible with all previous versions. The HDMI 2.0 cable even uses the same connectors as the earlier cables.

Some of the specs of HDMI 2.0 include its ability to support up to 32 audio channels, delivers dual video streams simultaneously, supports wide-angle theatrical video aspect, and also supports up to 1536kHz audio sample for high-quality sound.

Take a look at this video explaining the difference between HDMI 2.0 and HDMI 1.4 for a better understanding:

HDMI 2.0b is considered a widespread connection standard that includes the Hybrid Log-Gamma (HLG) Format to provide additional HDR support. This feature offers HDMI 2.0b cables with the ability to be used for 4K streaming and broadcasts.

It’s backward compatible with earlier versions of the HDMI specifications. It enables key enhancements that support market requirements, including enhancing the consumer video and audio experience.

It enables the transmission of high dynamic range (HDR) video. Its bandwidth is 18.0Gbps as well. It allows 4K resolution at 60Hz with HDR helped, and this is four-timer clearer than 1080p/60 video resolution.

This version has many other additional features, including more audio channels, higher audio sample frequencies, and support for a 21:9 aspect ratio.

HDMI cables are available based on transfer speed and support for HDMI versions. Standard HDMI cables cover the 1.0 to 1.2a versions, whereas High-Speed Cables support HDMI 1.3 to 1.4a.

On the other hand, Premium High-Speed HDMI cables are what support 4K/UHD and HDR, and this means that they’re compatible with HDMI 2.0 till HDMI 2.0b

When purchasing an HDMI cable, your primary focus should be the connector ends type, speed of transfer, and device compatibility. Let’s look at the differences between HDMI 2.0, 2.0B, and 2.0A and 2.1.

As said earlier, the significant difference between HDMI 2.0 and 2.0b is the HLG format added on the 2.0b. This format increases the bandwidth by combining standard dynamic range (SDR) and HDR into the same signal, allowing for more channels to be added.

As a result, this paves the way for more vivid and colorful content to be transmitted. HDMI 2.0b can support all the previous formats, leading to its subsequent cables having a higher level of utility. You can use it on older devices and products.

Moreover, HDMI 2.0b is considered a minor update. However, the available image advancements make it a whole lot more considerable. This HLG is a more convenient HDR solution for the broadcast world.

High dynamic range video is one of the most significant 4K TV features. Its addition can deliver brighter highlights and take your TV’s image to a completely next level.

HDR expands the range of both contrast and color and allows images to achieve greater levels of detail in both bright and dark sections. HDMI 2.0 was the first HDMI specification that supported this feature.

The BBC and Japan’s NHK developed Hybrid log gamma to provide a video format that broadcasters can use for HDR and SDR. It’s much more universal only because it doesn’t use metadata. But instead, it uses a combination of gamma curve and logarithmic curve.

It can hold a much more comprehensive range of light data. An issue with HLG is related to its adaption. Even though it’s developed for broadcasters, it still has far to go in terms of content because there still aren’t many broadcasters showing 4K video over cable.

HDR is worth it because 4K is now an adequate standard for TVs, and HDR is one of the essential features to consider when purchasing a new one.

HDMI 2.0b can very much so support 144Hz refresh rates. However, it can only do so at lower resolutions.

While version 2.0b can support 4K resolution, it does so at a maximum frame rate of 60Hz. Therefore, to reach 120Hz and 144Hz, the display’s resolution needs to be dropped down or reduced to approximately 1440p, Quad HD, or 1080p, Full HD.

Of course! Because it can support 144Hz refresh rates, it also does well with 120 Hz.

Moreover, to achieve a 4K resolution at 120Hz, you’ll have to upgrade to the HDMI 2.1 version. This is the most recent of the HDMI standard. It has a maximum supported resolution of 10K at 100/120 frames per second. Therefore, HDMI 2.0b can easily support 4K at 120Hz.

In conclusion, to answer the main question, HDMI 2.0 and HDMI 2.0b have very little difference, but that difference makes a huge impact. HDMI 2.0 supports 4K resolution at 60 fps, whereas HDMI 2.0b adds support for HLG and transmits HDR content.

Moreover, HDMI 2.0 has an increased bandwidth of 18 Gbps, 8b/10b signal coding, support for 32 audio channels, and a wide-angle theatre experience. Personally, I can say that HDMI 2.0 and its versions provide better connectivity and network.

I must say that we have progressed several years in HDMI, and it’s still going strong. The system’s innovative design provides us with new technologies and the latest hardware while also holding onto the old features.

Click here to learn more about how these HDMI cables differ through this web story.

What Is The Difference Between Do Not and Don’t?

What is the Height Difference Between 5’7 and 5’9?