Home LanguageGrammar Input or Imput: Which Is Correct? (Explained)
Grammar 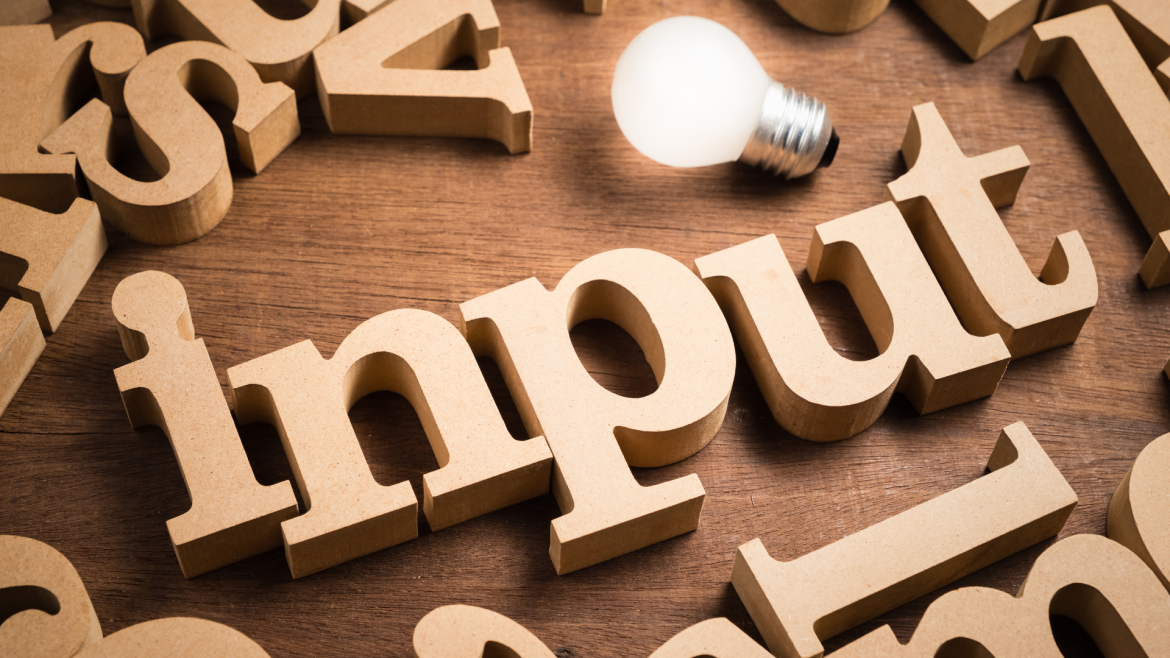 You might be wondering what imput is and obviously, you have never read this word before in textbooks. So, you’d definitely look for this word in the dictionary and end up finding that it’s just an incorrect spelling, you’d definitely have a great laugh at yourself.

Well, it’s just a spelling mistake and in fact, it’s not even a word.

There’s a common error in grammar when people use the word imput to refer to inputting data. But here’s a catch— the word input is the appropriate term for the definition. The word imput doesn’t even exist as a verb or a noun in English.

Imput is a misspelling of input that occurs when the word input is mispronounced or when misheard the correct pronunciation. In English, input is the sole and proper way to express and write this term.

This word shouldn’t be spelled imput. There is, however, a legitimate explanation for the misunderstanding. The syllable ‘Im‘— always precedes a word that starts with the letter ‘p‘, among other terms. So far, it seems to make sense, but not for this specific word.

Still, looking for a solid explanation why this word does not even exist? Read further as I cover everything and give you the answers that you need.

What does input mean?

In computing, the word input can refer to the physical or digital data that a computer or other electronic device receives. This information can come from a variety of sources, including the user, a file, or another program. The program then processes the input in order to produce the desired results.

In linguistics, the term input can mean any oral, written, or other forms of communication that a person uses to communicate with others.

In psychology, input refers to the various stimuli that a person sees, hears, feels, smells, or touches in their environment.

As a noun, the word input can be described as anything that’s placed into a system, organization, or machines to allow it to function, such as energy, money, or information. It is also defined as the component that transmits data to a machine or the location where it’s connected.

And as a verb, it’s expressed as to enter data into a computer or any other kind of electronic device.

Input vs. Imput: What’s the difference?

Again, imput is not a word. A person who pronounces imput and refers to the term input is just saying the word incorrectly. The word input has various meanings. The simple meaning of this word is to add something.

Input is a word that’s used in a variety of ways. Its most basic definition is as an act of putting something into something else. For example, you might input data into a computer or input information into a form.

It can also be used as a verb, meaning to add or contribute something. For instance, you might input your opinion into a discussion or input your ideas into a project.

In spite of this, the term impute exists, and not imput. However, it has a completely different connotation than input. Depending on the context, the word impute may indicate to lay the blame on someone or to place a value on something.

How do you use the word input?

Input refers to the act of supplying information to a computer or other electronic device. This can be done in a number of ways, including using a keyboard and mouse, using voice commands, or through touch screens.

The term input also refers to the process of obtaining information from another person or source. Input can come in many forms, such as verbal, nonverbal, or physical. It can be used in a variety of contexts, such as when a person is asking for advice or when they are trying to find information.

Are there words synonymous with the term input?

Synonyms are words that have the same meaning and are used in place of one another. They play an important role in communication because they allow people to express themselves more easily.

In fact, a synonym is said to be more effective as it allows people to communicate with each other without ambiguity. Here’s the table for you to understand the synonyms of input in a better and easier way.

Is it correct to say inputs?

Yes, the term inputs is an acceptable plural for the word input, which may refer to either anything inputted into a computer or someone’s opinion.

Inputs are the things a computer uses to get information. These can be things that the computer sees, hears, or reads.

Inputs may also be defined as the items that a machine consumes in order to produce outputs. For example, a machine that prints out text-uses ink and paper. In the case of a printer, the inputs are the text on the paper and the ink in the cartridge.

What is the difference between input and output?

Input is necessary to get data into a computer system. This data can come from a variety of sources, including keyboards, sensors, and other computers. The input device sends this information to the computer’s central processing unit (CPU), which stores it in memory.

Output is what comes out of a computer system. This data can be displayed on a screen or sent to other devices. The output device receives information from the CPU and sends it to the appropriate destination.

In a nutshell, input is a noun or a verb meaning something that’s put in or an act of putting in, while imput is a misheard or a mispronounced version of the word input. In fact, it’s a misinterpretation and a grammatical error.

It’s normal to make mistakes with your pronunciation, and you should never feel bad about trying to improve.

The Difference Between dy/dx & dx/dy (Described)