INTJs VS ISTJs: What’s The Most Common Difference? 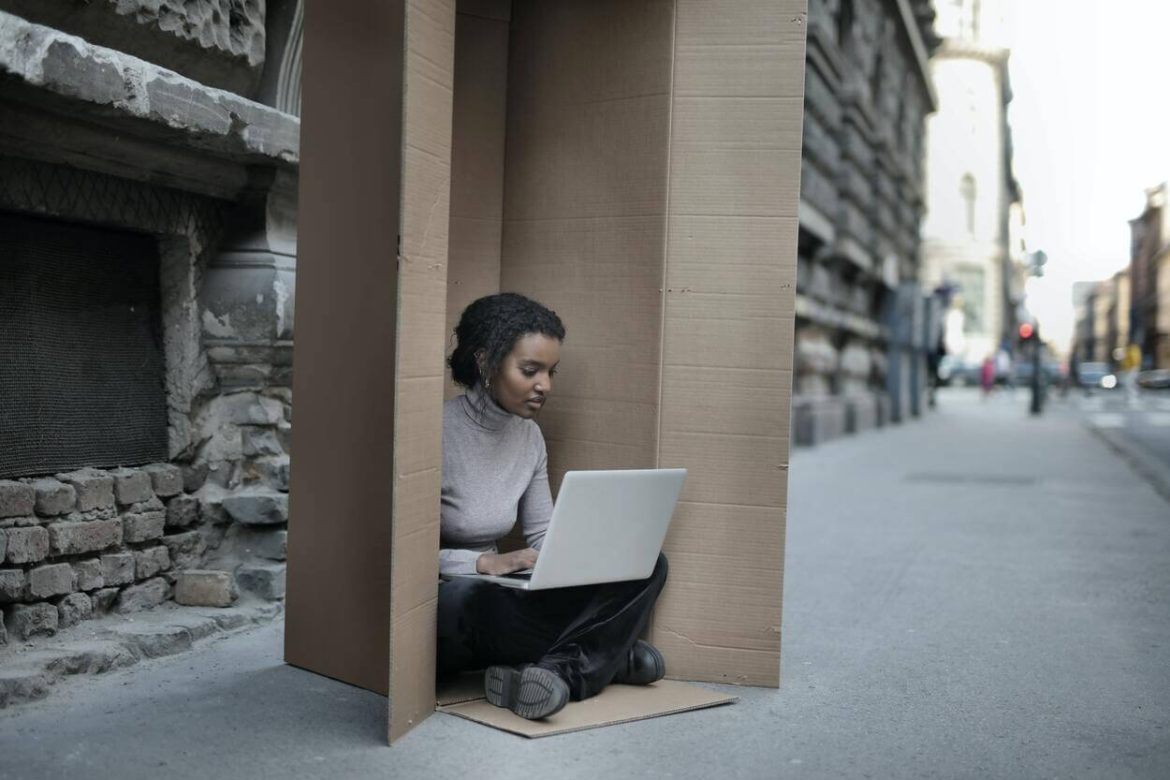 You have probably heard about the famous Myers-Briggs personality indicating test. According to this indicator, there are sixteen types of characters globally. I hope you know which one is yours! It’s a fun way to find out more about yourself and your world.

INTJ and ISTJ are two out of these sixteen personality types. No personality type organizes, streamlines, and thinks logically better than ISTJs and INTJs. Despite being similar personality types, they can be the worst of enemies or the best of friends. They act very differently.

The most common difference between INTJs and ISTJs is the creative nature of INTJs, as opposed to ISTJs’ focus on facts and details. Moreover, the former like loose and easy things, whereas, the latter prefers structure and rules.

What Is ISTJ Personality Type?

ISTJ is a personality type characterized by the letters ISTJ. It stands for Introverted, Sensing, Thinking, Judging.

Persons with an ISTJ personality prefer to spend time alone (introvert), concentrating on specific details such as facts and figures rather than abstract concepts and theories (Sensing). When it comes to making decisions, ISTJ will always use logical and rational reasoning (Thinking). Additionally, with these traits, the ISTJ tends to be organized and planned in everything they do (judge).

Since they tend to pay attention to detail and want to get things right, ISTJ personalities are often referred to as inspectors. Every part of their lives is organized, from their homes, work, and families. Additionally, people with ISTJ personalities prefer loyalty and prefer to place a high value on traditions.

What Is INTJ Personality Type?

The INTJ personality type is one of sixteen kinds of personalities described by Isabel Myers and Katharine Briggs. It stands for Introverted, Intuitive, Thinking, and Judging.

Each word illustrates a different aspect of a person’s personality and portrays a different facet of their personality. INTJs are introverted people who enjoy spending their time alone to maximize their energy levels (Introverted); Their intuition allows them to focus more on ideas and concepts than facts and figures (intuitive).

They always make rational decisions through logical thinking (Thinking). Like ISTJs, they also like to get things done through proper planning (Judging).

A key attribute of INTJs is their innovative thinking as they solve problems analytically. They have a knack for seeing things that could be improved, at work, at home, or for themselves.

Additionally, they are selective and independent about who they date and prefer to socialize with intellectually stimulating friends.

Although the majority of traits in these two personality types are the same, there are still a lot of differences between them.

Here is what you need to know to differentiate between both personalities.

INTJs are more creative as compared to ISTJs.

It’s hard for ISTJs to develop innovative ideas for abstract concepts or symbolism. They usually express their creativity through physical forms like woodwork and painting, and a lot of their work reflects real life.

On the other hand, INTJs are very creative persons. They love artistic things and activities. People with INTJs often see problems differently and draw inspiration from their intuition. Moreover, they also like doing abstract art.

Dealing With Superiors And Authority

The INTJ personality type doesn’t care a lot about rules and authority. They do not like micromanaging at work, so they prefer to handle matters independently, instead of depending on others for help.

INTJs will only respect someone above them if they’ve earned it. And if they disagree with their boss, they’ll say so.

ISTJs, on the other hand, respect authority and rules. You can trust them to respect their bosses and the hierarchy at work. Their natural tendency is to respect those in power and to assume their subordinates are probably correct.

INTJs are awkward in their social interactions compared to ISTJs, who are pro at dealing with people.

INTJs must be able to explore the world around them without much concern for fitting in with a social setting. INTJs are loners who define success and happiness in their own way.

They rarely depend on others for approval and acceptance. It is pointless for INTJs to live if other people do not understand them.

ISTJs, on the other hand, are entirely different. They value structure and community. As a member of a community, they find meaning in sharing the strength of their contributions to benefit their whole community.

They must preserve the social structure and follow the laws and regulations. Individuals belonging to the ISTJ personality type set their goals according to society’s standards and strive to impact the world around them positively.

Conflict is handled differently by ISTJs and INTJs, although both avoid arguments as much as possible.

It is in ISTJs’ nature to avoid conflict at all costs. Their goal is to avoid getting involved in any problems at work or in their friendship groups, and they rarely become involved in matters that do not concern them.

However, if the conflict is with someone with whom they have a close relationship, such as their partner or a close friend, they will make every effort to resolve it.

In contrast, the INTJ personality type tends to be open to conflict and disagreements. They enjoy arguing with colleagues and friends and are passionate about teaching others and advocating for their views.

Debating with people who see things differently from you is one of their favorite past times, and they are always trying to convince others of their viewpoint.

The INTJs are likely to avoid conflict that arises from emotions, as they see it as unnecessary and do not wish to waste their time on it.

Both ISTJs and INTJs are pretty keen on planning and organizing their work. However, ISTJs, particularly, can’t function properly without proper planning.

INTJs don’t require extensive planning to function well, but they do not dislike it. Instead, they will formulate an outline or plan, then implement it and iterate as necessary.

As a result, INTJs may be able to handle interruptions and changes better than their counterparts than they are.

ISTJs are very focused on planning. It is not unusual for an ISTJ to enjoy getting into the details of every aspect of a day, whether it is interpersonal conversations, work, or hobbies.

Organizing even simple tasks makes them easier to complete. By creating a sense of control over their surroundings, they are given additional mental space to plan and allocate resources.

Working Together (As A Team)

In contrast to INTJs, ISTJs are good teammates.

The INTJ personality type does not excel at teamwork. They are independent and prefer to solve problems independently, even if they can work with others to achieve a higher goal. So it’s hard to get them on board for a team project.

But for ISTJs, recognizing their position as team members is crucial. In addition, ISTJs are more likely to work within a team instead of independently, so they are less likely to take on someone else’s role.

Furthermore, most ISTJs are good at handling this part since they are usually quiet and avoid causing a disturbance.

These are some of the significant differences between both personality types. Here is also a table for further clarification of your doubts.

Here is a short video clip to assist you in understanding the differences between INTJs and ISTJs.

Can ISTJ Be Mistaken For INTJ?

It’s common for ISTJs and INTJs to get muddled because they’re so similar.

People always get confused while differentiating between an ISTJ and INTJ. Both have a lot of common personality traits. You can also assume it from the almost similar acronyms of both.

However, their own unique habits set them apart. If you want to scrutinize both separately, you should read about them in detail. This article will also help you to understand both ISTJ and INTJ to some extent.

Why Are INTJs So Different?

INTJs are labeled as weird, but most people don’t see beyond the surface.

Individuals with an INTJ have a unique personality type, so they aren’t typical. Some people will get confused by their unique approach. INTJs can sometimes be misunderstood because of this. Being direct means, they don’t sugar-coat anything or play games to get people’s approval.

Who Is Smarter INTJ Or INFJ?

The degree to which INFJs are smarter than INTJs is based on the particular environment and individual they live in.

So their efficacy depends on the situation and the task they are trying to accomplish.

The women with INTJ personality type are characterized as independent, confident, and happy individuals who are happy alone.

Their goals are constantly driving them and they are constantly absorbed in personal and professional endeavors. Yet, they tend to approach the subject differently than other women in a group.

Why Are ISTJs So Quiet?

The tendency of ISTJs is to be quiet and reserved, as they tend to conceal and hide their emotions even from their closest acquaintances.

ISTJs tend to view the world primarily through an analytical lens, making them uncomfortable engaging in emotional conversations.

This includes talking about the feelings of others, but most importantly, their own. To avoid this unease, they keep themselves closed off from everyone around them.

If given the time to study and learn about things, ISTJs typically possess various intelligence.

People with ISTJ personality types are practical. They’re good at focusing on what’s important, and they’ll go the extra mile to get things done.

When it comes to finding a solution to a problem, their minds are incredible. They don’t back down from a challenge and can often find a way through it.

What Is The Difference Between Attila The Hun And Genghis Khan?

Which Is Better for Your Hair: Pomade Oil or Hair Oil? (Comparision)