Home TechnologyProducts Is There A Difference Between A Barrel And A Cask? (Identified)
Products 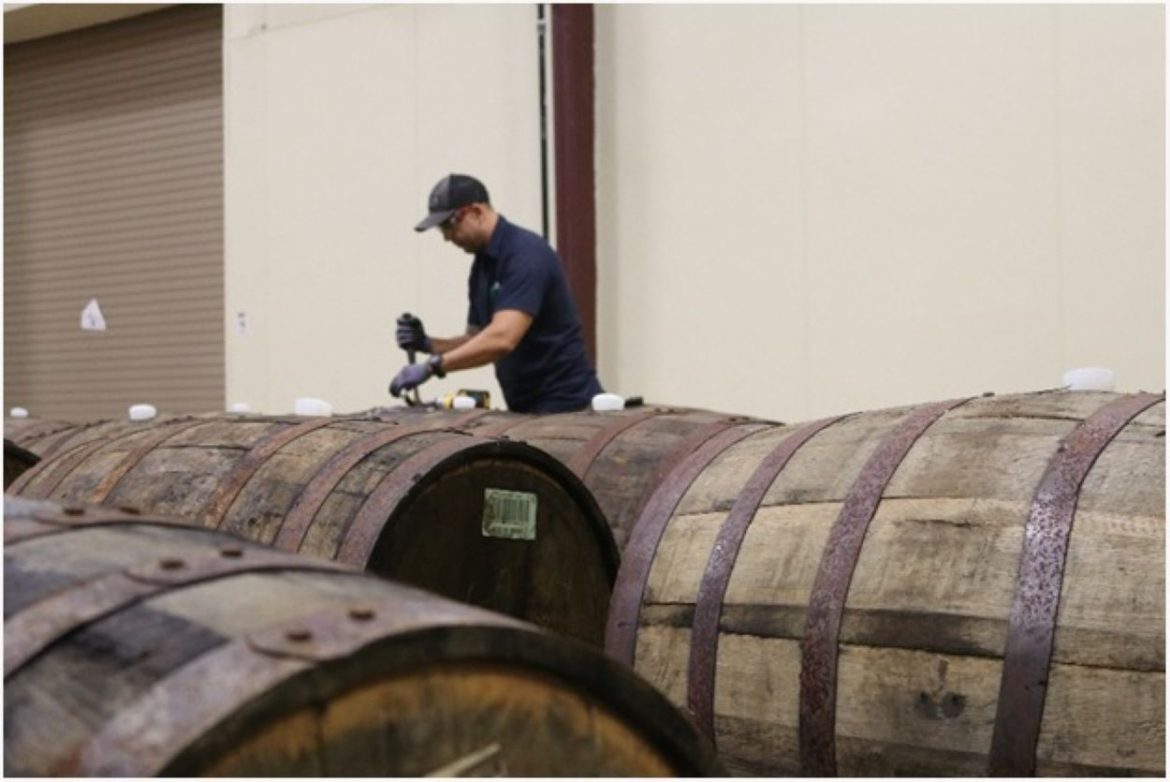 Even though most people use these terms interchangeably, there is a difference between a barrel and a cask. Generally, casks are wooden vessels used to store wine. These casks are available in various sizes and barrel is one of them. Some other containers include Hogsheads, Puncheons, and Butts. These different sizes are required by distillers to age whiskey.

Whiskey is a type of alcoholic beverage prepared from the fermentation and mashing process of grains. It’s a distilled beverage that typically goes through the aging process in casks or barrels. These are containers primarily designed for storage and distribution.

Whiskey is famous worldwide. People enjoy various classes and types of whiskies. Grain fermentation, distillation, and aging in hardwood barrels are common unifying element of the many categories and varieties. The whiskey’s maturing time is between the preparation process and its transfer into the bottles. Therefore, the terminologies “cask” and “barrel” come into consideration after its production and during its storage.

When reading about these containers, I came up with an idea and gathered material for writing an article on their contrast. Even though the web uses these phrases interchangeably in most places, they are pretty different. Therefore, figuring out the differences between cask and barrel is fascinating to clear up the confusion in my mind.

Cask and barrels play a significant role in the world of aged spirits. They help in adding flavor to alcoholic beverages like wine, and beer. Although they don’t have that expensive industrial feel, when charred from the interior, they can impart colors and flavors as diverse as vanilla, coconut, and oak.

Let me first clarify the definition of barrel or cask, which is favorable in understanding their difference.

What’s A Barrel? How To Define It?

Firstly, a barrel refers to the 50-53 gallons wooden cylindrical container, mainly created from white oak. To make a picture of a barrel in mind, let me share information related to its dimensional structure; it refers to a hollow cylinder, containing a bulging center. It is more in length than width. Traditionally they have been built up of wooden staves with wooden or metal hoops binding them together.

Secondly, I would define where this word originated from, so it’s an assumption that it originally came from the Anglo-Norman term “Baril.” It could predate this, as barrels in the artwork date back to Egyptian times, indicating that the design is at least 2600 years old!

As they were famous, they stored corn other than any liquid or alcoholic beverage in ancient times. Several ancient civilizations, just like Romans, were well-versed in the construction of barrels by a trained tradesman called cooper because they fully utilized barrels to store their games.

Aluminum, stainless steel, and various forms of plastic, such as HDPE, are some materials used to construct modern barrels.

What’s A Cask? What Are Different Available Sizes?

After researching and trying my best to find out the definition of a cask, I discovered that all barrels could refer to a cask in literature, but not all casks hold a term barrel as their replacement. Although this appears to show a hierarchy in the terms, it is still unclear.

So I would provide a generic definition I had found for a cask: a big barrel-shaped wooden container consisting of staves and hoops to store fluids. Like the word barrel, its origin is uncertain; however, it has a link back to medieval times and with the Middle-French term “casque.”

Romans used wooden pots to store liquids, as is widely known, and numerous examples of well-preserved Roman pots exist. It was a consideration that the transition from pottery to wooden casks occurred around this period because the classical writers wrote and mentioned them in literature as “wooden storage containers with the hoop.”

Countries like the United States and Spain primarily export casks. In these areas, they were formerly involved in the maturation of whiskey and sherry.

Casks come in various sizes, but as a general rule, the larger the barrel, the longer it takes for the liquor to develop. They can be found in large, medium, and small sizes.

While reading, my eyes rolled off on the word “Cask strength,” so I thought, what does it stand for?. I looked out for its meaning, so let me share it with you too. Cask strength is a term used by whiskey makers to indicate a whiskey that does not correctly dilute after being stored in a barrel for maturation. Whiskey’s alcohol by volume strength is usually between 52 to 66 percent.

Cask Or Barrel? Is There Any Difference Between The Two?

Regarding our discussion above, we can conclude that there is no clear-cut difference between “cask” and “barrel” according to the structural definition. But, there can be a distinction regarding the quantity of liquid a cask or barrel can retain. A cask can represent several container sizes, whereas a barrel has a reasonably particular size.

If you’re interested in learning about some cask sizes, I will include a list below that will give you a sense of what they are and how much quantity each can hold in whiskey production.

A barrel is around 120 liters in volume, while a cask can be of any size.

Cask, keg, and barrel are generic terms that don’t specify a size. The barrel size is crucial in winemaking since various grapes require varied levels of oak exposure. A barrique, which holds 225 liters, is the most common size. When you chat with winemakers, you’ll notice that many of them change the barrel sizes to fit their grapes and style.

The term “cask” can be a preferred terminology for all the vessels which play a part in aging the spirits.

Well, one thing to be noted is that all barrels can be considered casks, but all casks can not be called barrels. A barrel is a specific kind of cask that can hold up to 31.7006 US gallons.

Cask Or Barrel? What Should We Use To Construct Them?

Most whiskey makers utilize American Oak to produce and keep whiskey, simply because a plentiful supply of these oaks comes from the bourbon producers in America. The Bourbons distillers use these barrels for one-time maturation, while the distillers in Scotland, on the other hand, will use barrels for many maturation cycles.

The barrels are inspected after each process to check how much liquid has soaked up into the wooden staves. When the fluid gets collected fully, the whiskey makers discard these barrels as they are useless and nonprofitable for imparting flavors and taste into whiskey or beer.

Surprisingly, utilizing oak barrels in manufacturing whiskey is a legal necessity widely accepted worldwide. Without these barrels, the newly prepared spirits taste like Vodka, with no colors and flavors we’ve come to anticipate from whiskey!

So now, I will share some details regarding which materials are useful in manufacturing cask or barrels, which leads to better whiskey maturation.

During the 18th century, scotch whiskey began to become popular, so there came a need for whiskey maturation, but which cask should be used during the aging process was an honest question.

Therefore, whiskey makers had a choice: to reuse rum or sherry casks. Both were pretty good to use. European Oak was used in the construction of these barrels. However, sherry became more popular, and many early whiskies went through their aging cycle in sherry casks.

Oaks From The United States of America

About 95% of the Scotch whiskey gets maturation in the American Oak. The significant flavors of whiskies belong to these casks, including vanilla, cherry, pine, and chocolate.

The American Oak trees might take up to 100 years to grow. As availability becomes restricted and costs rise, Scotland’s distilleries have started to use more and more European oak barrels over time.

What Factors Can Influence The Whiskey In A Cask Or A Barrel?

Five major factors can influence the Whisky in the cask or barrel:

I have also provided a link to review all the above factors in detail. It is important to choose the best-suited cask or barrel for the aging process of whiskey.

Below is a video that will shed light on how to make a wine barrel.

What’s The Difference Between A Scimitar And A Cutlass?