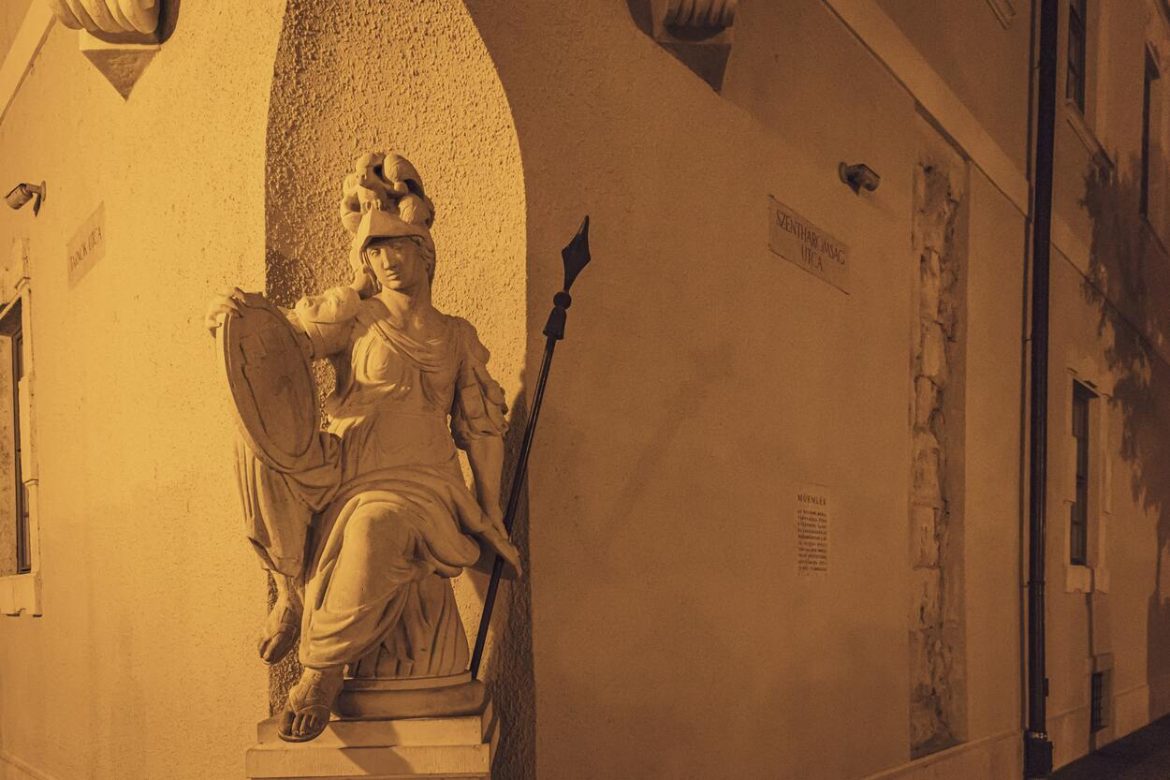 A javelin is a subset of spears. It’s a light spear optimized for throwing. In comparison, a spear is a long, stabbing weapon for thrusting. It’s also known as a long stick with a sharp tip.

These weapons are famous among Greeks and Macedonians. This is why people tend to confuse them often. However, the differences lie in their usage and slightly in their appearances.

As these weapons are pretty similar, you might have some confusion regarding which one is used by whom and when.

I’ll give you a detailed account of the distinguishing factors between a javelin and a spear along with information about the weapons.

According to Merriam Webster, a “javelin” is a light spear used as a weapon of war or in hunting.

The heavy javelin is also known as a “Pilum.” It was usually 2 meters long overall and consisted of an iron shank.

You can think it’s about 7 millimeters in diameter and 60 centimeters long. It had a pyramidal head attached to a wooden shaft.

Triva: A significantly refined version of the javelin was the Roman pilum. Its pilum was relatively short, approximately 5 feet long. It had a heavy head of soft iron. However, as this weapon was heavy, its range was very restricted.

But it had a more significant impact because the head of soft iron was intended to bend on impact, preventing an enemy from throwing it back.

You might’ve come across this weapon in sports. Today, we have a javelin throw, a track, and field event where the javelin is thrown at a distance. It’s usually a metal shaft that is at least 260 meters long.

The person with the longest distance wins!

Is a Javelin a Spear?

A javelin is a light spear. They’re designed for shock combat and have smaller heads. Historically, it was used as a ranged weapon.

As mentioned, today, it’s predominantly used for sports. It’s almost always thrown by hand, unlike the bow and arrow and slingshot.

The warriors or soldiers who used javelins were known as javalineer. This term is derived from the Old French javelin, a diminutive of javelot. This meant a “spear.”

Furthermore, many African kingdoms used the javelin as their primary weapon. This is because typical African warfare was based on ritualized standoff encounters. This involved throwing javelins without advancing to close combat.

The flag of Eswatini, a country in Southern Africa, has a shield and two javelins. It symbolizes protection from the country’s enemies. Moreover, even the Zulu warriors used a more extended version of the assegai javelin as their primary weapon.

Yes! Javelins were considered an effective weapon often used for hunting. Its strap adds enough power to take down a big game. But if used in combat, it might not be a good weapon because it’ll hurt people.

In the PanHellenic games, whoever could hurl the javelin farthest and hit the tip first won that game. This is also the rule in the ancient Olympics.

The oldest examples of javelins use are from 400,000 years ago. Moreover, this weapon is in almost every human culture as a weapon for both hunting and combat.

Take a look at the examples of javelin’s use over the arch of time:

A spear is a long shaft with a sharp bit of stone attached at the end. It’s a weapon made for thrusting. It’s considered one of the earliest and most important tools developed by early humans.

It’s used for hunting and in warfare. Some spares aren’t meant to be tossed because they’re larger and heavier—for example, boar spears with a crossbar.

It can be wielded with either one or two hands as a weapon. It was used virtually in every conflict up until the modern era. After that, it continued in the form of a bayonet.

What are the Differences Between a Javelin and a Spear?

Javelins are shorter and lighter than spears.

Plus, a javelin doesn’t have a tip. Whereas a spear almost always has a tip. One holds a spear and fights with it while a javelin gets thrown in carrying them.

The heavy spear was clearly distinguished from the javelin in classical times. People before most often used specialized troops with javelins for skirmishing.

A spear was the same weapon as the medieval pike in ancient armies. They were universally long. Some were exceptionally long, about 15 feet used through interlock shields.

On the other hand, a javelin is a shorter and lighter weapon. It’s designed to be thrown by hand to kill at a medium to long range.

There’s a javelin throw event in the Olympics, not the “spear throw.” Some were light enough for the infantryman to carry more than one in their shield hand.

Javelin is about eight and a half feet long and is usually made of wood. It’s a spear-like shaft used for throwing at a distance.

A javelin is specialized only for throwing. A spear is used to pierce a target by thrusting, intercepting a charge, or throwing.

Are Javelins Longer than Spears?

No, they’re not! Javelins were often more miniature and light enough for the warriors to carry several in their shield hands. A spear is longer and heavier than a javelin.

While javelin heads are for thrusting, spears could efficiently cut. Mostly you can throw spears. However, as they’re much heavier than javelins, their throwing distance is also considerably shorter.

What’s the Difference Between a Lance and a Spear?

The spear is known as a versatile weapon. It’s capable of fighting in single combat and is light and short enough to carry around.

On the other hand, a lance is a unique weapon only meant for a formation or horseback. Lance is much heavier than spears which helps uplift an armored opponent.

In short, a lance is a cavalry weapon. It’s about 12 to 15 feet long and made to unhorse an enemy rider.

Its purpose is to pierce an infantry opponent. Hence, z lance is considered a weapon of war that consists of a long shaft or handles and a steel blade.

A spear is a weapon about 6 to 8 feet long. It’s the cheapest one and is designed for close-quarter combat in shield walls or melee. Its sharp tip is used as a weapon for throwing or thrusting.

Many believe a lance is simply a thrusting spear used on horseback. However, it’s heavier and longer than a spear and can’t be carried easily as a day-to-day weapon.

Which Weapon is Better: Sword or Spear?

Spears are considered better weapons than swords. Spears are only better weapons because they can break people more efficiently. However, they’re also large, so you’d be unlikely to carry more than one.

Besides, some people consider spears as the king of the battlefield. Halberds, pikes, and partisans are derived from it.

The medieval community believed that swords literally had no use on a battlefield and were only used for self-defense. And in pop culture, blades are very prominent and considered the ultimate weapon. However, outside of pop culture, it’s the complete opposite.

However, some believe that swords are far more popular as a weapon and are much more versatile in reality. The limiting factor is the amount of training required to field appropriately. A sword requires more skill to learn and use.

Why Did the Romans Use Swords, Not Spears?

Mainly because of the Roman way of fighting. They fought in a close order formation, shoulder to shoulder, and in close contact with the enemy.

The Greek way was of thrusting from a distance over a shield wall. For them, it was more suited to use along with a spear, unlike the Romans.

However, the Roman legionary did carry several missile weapons. For instance, the pilum was a heavy shafted missile weapon six to seven feet long.

They first threw the heavy javelin (pilum or plural, pila) and untangled the shields of the opposing front. Then they strode forward and charged into a fight up close.

Here’s a video explaining why swords were commonly used in ancient times and were better:

In conclusion, the main difference between a “Javelin” and a “Spear” is that the Javelin is a light spear. On the other hand, a spear is a pole weapon consisting of a shaft, usually made of wood, and a pointed head.

While a javelin is solely used for throwing, a spear is for thrusting and piercing. Spears are used as hunting and fishing tools as well as weapons.

That said, javelins have also been considered effective weapons throughout history.

Click here to view the web story version of Javelins and Spears, summarized.