Home LanguageSayings On All Counts Vs. On All Fronts (The Differences)
Sayings

On All Counts Vs. On All Fronts (The Differences) 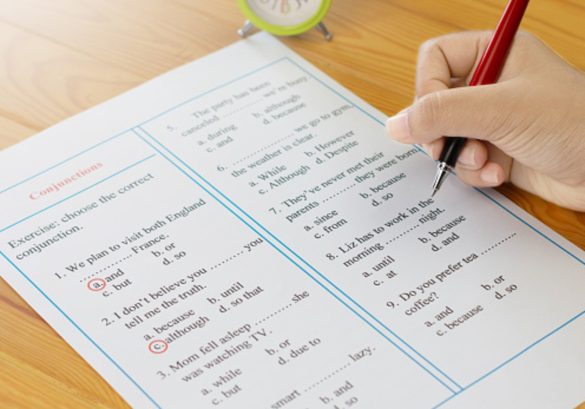 On all counts and on all fronts, two similar expressions. But the different situations in which they’re used make all the difference.

In contrast to “on all fronts,” which signifies “in every field of endeavor,” “on all counts” basically means “in every way.”

He was accused of both robbery and murder. But he was innocent on all counts.

The floods had destroyed his home. Nothing has been left untouched. Along with that, he has been in debt to the bank. He is devastated on all fronts.

Look at the first illustration. Robbery and murder are both crimes.

In contrast, in the second example, the first, second, and third sentences all discuss various facets of human activity. The difference is not overt enough to be noticed.

But if you read more examples of them, you will understand them better.

In this blog, I’ll give you a detailed contrast between both the phrases; On all counts and On All Fronts. Also, we’ll catch up on some of the most frequently asked questions.

Let’s get to it already.

What’s The Difference Between: On All Counts And On All Fronts?

On all counts and fronts are almost identical. However, how each is used varies.

Let’s stick to the dictionary’s definition.

Let’s say you’ve taken the SAT exam four years in a row (just for that one particular exam). You might have failed on all counts.

Here, we use it in every way. He was a complete success.

Let’s say you’ve taken a lot of tests recently, including the GRE, GATE, CAT, and TOEFL. You have passed all of them. Then it’d be referred to as “He has been successful on all fronts”

Through these simple illustrations, I’ve tried to make it easy for you to understand the difference in their usage.

How Do You Use The Phrase “On All Fronts”? What Does It Mean?

Basically, it means fighting for your goals in every aspect of life, just like the German troops who were attacked on all fronts by the opposition.

All in all, we can say that “on all fronts” refers to all the places and all the hurdles that a person has been through. It can be an exam. Any difficulty or a tragic event.

When talking about it on all counts, it’s something specific and quantitative. It’s used in a sentence where you talk about the number of encounters with something.

We’ll look into them separately too.

An individual standing in front of a structure, for instance, would be in front of the building, which can have both a front and back.

The front of the building would be where a person standing inside the structure would be. They could also be at the back of the structure.

Guilty On All Counts; The Meaning

Guilty on all counts is accountable for an offense or wrongdoing.

By the definition of law; it means having been found guilty of an offense or having done so. A person can be found guilty or accountable in court on the basis of a count.

In civil proceedings, a count is a basis for action, whereas, in criminal matters, it’s a crime. A defendant may be found responsible for more than one offense in a single case.

Counts is not just a word used in terms of charges of which someone is guilty. It’s a wholesome word for miseries or tests, that we can use to refer to our daily lives.

On All Accounts, What Does That Mean?

On all accounts is based on the news and what everyone is saying. For instance, they spent a fortune on their cruise, according to all accounts, and the party was a big success.

These sentences rely on the definition of account as “a specific report or description of some event.”

To summarize, on all accounts gives us the meaning as:

These expressions rely on the definition of account as “a specific report or description of some event that has taken place.”

You must include it in a sentence or other context.

Depending on the context, the phrase “We are being attacked on all fronts” in this sentence could suggest that you’re under attack from all directions.

This is a metaphor and not meant literally.

When someone says, “The current national administration is being attacked on all fronts,” they’re being criticized by everyone and for a variety of reasons.

It describes the criticism with a military metaphor.

On All counts And On All Accounts

Another instance is in a race where a runner may be in the front of the pack, which indicates that they’re in front of the main group of runners.

In the front of the pack, which indicates that they’re in the main group but towards the front. But probably not in the front position.

You’re correct for each of the numerous items (that are counted) in one particular instance. In the other situation, there are accounts (business accounts?), and on each of them, you are correct (how?). Used for anything: counts.

What Are Some Synonyms And Antonyms Of: On All Counts?

You can see some of the synonyms and antonyms in the table below.

What Does It Mean To Be Right On Both Counts And Both Fronts?

Something’s forward portion or surface: the area of anything that is initially noticed. a location, position, or region that is directly ahead or most ahead.

Face and chest, which are on the side of your body that looks forward, front.

If we’re to decide between all accounts and on all counts, we can say on all counts should be used because this is a common example of proper English language usage.

Since this is also a common and decent English expression, you are correct by (not on) all accounts.

In Front Of Vs. In The Front Of

As far as I’m aware, “In front of” and “In the front of” have different meanings.

In front of is a frequent expression that serves as a compound preposition; in contemporary English, it has nearly entirely replaced before in a spatial sense. For more information on the front, rear, top, bottom, left, and right, see Fillmore’s.

In order to analyze it, you must understand that “the front of” refers to an area outside the object, which is a highly uncommon interpretation.

Since “in the front of” is not a common expression in English, it’s typically taken to mean “within the front part of something.”

It’s uncommon since we rarely discuss things being on surfaces because “the front of” something is often a surface.

Because this is the accepted usage of acceptable English, you’re accurate on all counts. Since this is also a common decent English expression, you’re correct by (not on) all accounts.

You accidentally substituted in the last sentence due to an analogy error. The English phrase is on all counts.

In this instance, counts would be points (of argument or contention). Accounts may be of various types.

The first of these is a narrative, while the second is a list of credits and debits.

In conclusion, the phrase is correct on all counts.

Do you want to know more about types of phrases and English Grammar?

In order to gain more knowledge about these phrases, have a look at the examples I’ve addressed above.

Want to find out the difference between What Is the Difference Between Outline And Summary? (Explained)

Is 1ml of 200mg Testosterone Cypionate too Little to Make a Difference in Low Testosterone? (Facts)