OpenBSD VS FreeBSD Operating System: All Differences Explained (Distinctions & Use) 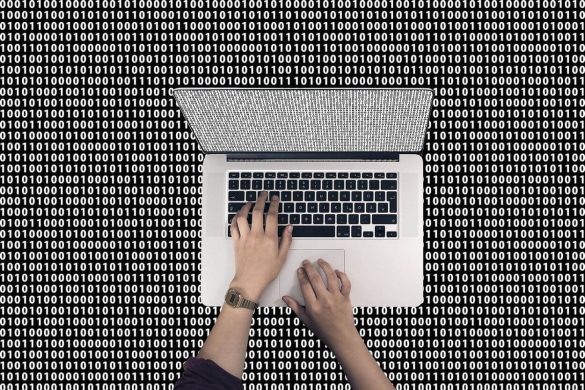 Many of you want to switch to BSD systems from other operating systems. In the market, you have the three most prominent BSD systems: FreeBSD, OpenBSD, and NetBSD.

These three systems are Unix operating systems that are descendants of the Berkeley Software Distribution Series. I’ll differentiate between OpenBSD and FreeBSD systems in this article.

The main difference between OpenBSD and FreeBSD is that OpenBSD is focused on security, correctness, and freedom. At the same time, FreeBSD operating system is intended to be used as a personal computer for general purposes. Moreover, FreeBSD has a vast pool of applications making it more user-friendly than OpenBSD.

If you’re unsure which of these BSD systems best suits your work requirements, there is no need to worry. Keep reading, and you’ll be able to choose one.

What Is An OpenBSD Operating System?

OpenBSD is a free and open-source operating system based on the Berkeley Unix kernel, which was introduced in the 1970s.

OpenBSD is the most secure operating system ever known. Its open policy allows full disclosure to the customers in case of any security breach.

Code auditing is vital to the OpenBSD project’s goal of creating the most secure operating system possible.

Line-by-line, the project examines its code to look for bugs. In auditing their code, they claim to have found whole novel categories of security bugs.

In addition to writing their own C library, the group has also written their firewall, PF, and HTTP server. It even has its version of Sudo called doas. OpenBSD’s applications are widely used outside the operating system itself.

What Is A FreeBSD Operating System?

FreeBSD is a Unix-based operating system developed by the Berkeley Software Distribution in 1993. It is free and open-sourced.

In a FreeBSD system, several software packages that are relevant to servers are usually included.

You can easily set up a FreeBSD operating system to work as a web server, DNS server, Firewall, FTP server, mail server, or router with a great deal of software availability.

Moreover, the FreeBSD installation guide offers detailed instructions for different platforms. The documentation allows users to install it even if unfamiliar with other operating systems like Linux and UNIX.

OpenBSD and FreeBSD are both Unix-based operating systems. Although their generic base is the same, they differ from each other to a great extent.

An OpenBSD system utilizes an ISC license, while a FreeBSD operating system uses a BSD license.

There is a lot of flexibility with the FreeBSD license. You can make adjustments to it according to your requirements. However, an OpenBSD license, although simplified, doesn’t offer you this much freedom regarding its source code. Still, you can make a few modifications to the already existing code.

OpenBSD offers much better reliability than these operating systems, even though both provide high levels of security.

OpenBSD system uses state-of-the-art security technologies for building firewalls and private networks. FreeBSD is also one of the most secure operating systems, but it ranks second compared to OpenBSD.

In terms of performance, FreeBSD has a clear advantage over OpenBSD.

Unlike OpenBSD, FreeBSD includes only the absolute bare essentials in its base system. This gives it a competitive advantage in terms of speed.

Both of these systems are available free of cost. You can easily download them and use them of your own accord.

FreeBSD has more applications in its port as compared to OpenBSD.

These applications are almost 40,000 in number. Thus, FreeBSD is more prevalent among users. OpenBSD also has some third-party applications. However, they are pretty limited in the count.

Here is a table to better understand the fundamental differences between OpenBSD and FreeBSD.

Here is a short video clip that gives you an insight into both BSDs testing on X1 Carbon sixth generation.

More than fifteen hundred companies throughout the world are using OpenBSD systems. Some of these include:

Is BSD Better Than Linux?

The BSD and Linux are both good in their perspective.

If you compare both, Linux seems to have a wide variety of applications you can easily access. Along with that, its processing speed is much better than BSD. However, whether you choose BSD or Linux depends on your work requirement.

What Is Free BSD Good For?

FreeBSD is a very stable and secure operating system compared to all others.

Apart from this, the performance speed of FreeBSD is also way too good. Moreover, it can also compete with other operating systems by giving you a variety of new applications that you can easily use.

However, if necessary, you can run Windows on any other operating system, including FreeBSD using an emulator in a virtual machine.

FreeBSD operating system is popular among users that provide web content. Some websites that run on FreeBSD include:

Why Is BSD Not Popular?

BSD is a multi-boosting system that uses its partitioning scheme. It makes it difficult to run on any other operating system. Along with this, its hardware requirements make it pretty expensive for people.

That’s why most people that use desktop computers don’t prefer BSD.

OpenBSD and FreeBSD are the two out of several types of Unix operating systems developed by Berkeley Software Distributions. They have a lot of similarities along with differences.

A Hard Day’s Work VS A Day’s Hard Work: What’s The Difference?-(Facts & Distinctions)