Peter Parker VS Peter B. Parker: Their Differences 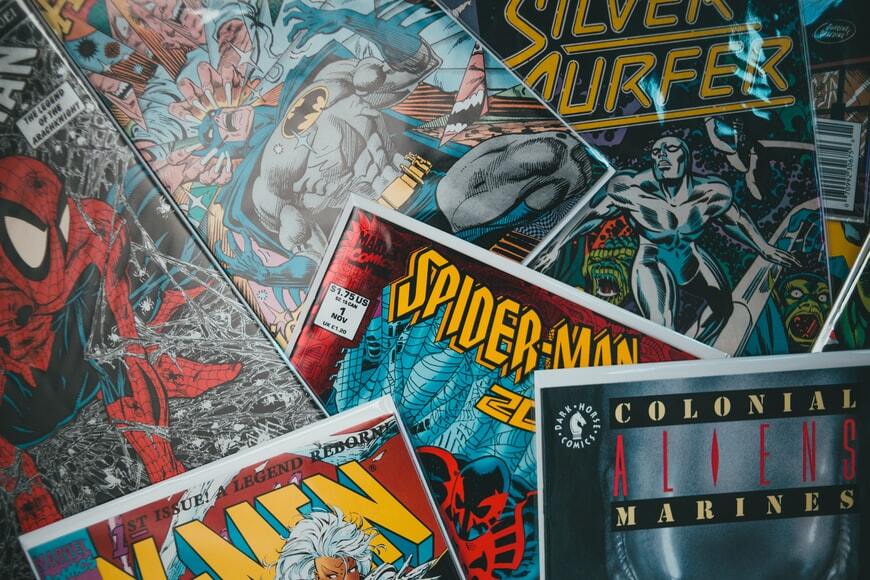 “Wait, how many of us are there?” quips Miles Morales. Well, he wasn’t kidding!

The meme (the Spider-Man pointing meme from the ’67 cartoon) circulating social media has become a reality of pop culture. Three Spidey, initially drawn for the 1967 cartoon series, stare and incredulously point at each other in a back alley. As all of them are saying: “No―he is an imposter!”

Spiderman is the hero we all love and grew up with. But what with these two spiders,―huh?

There are two Peter Parkers in the Marvel hit: Spider-Man: Into the Spider-verse.

At first glance, these two peters are pretty similar but to be more exact―they are the present and future versions of themselves.

Peter Parker, who we are all familiar with, is brave and optimistic. The one murdered by the Kingpin after being severely beaten by a Green Goblin in the Marvel 616 universe. While Peter B Parker is the older version beaten by life hardships, sad, out of shape, or you can call a retired Spidey.

According to the storyline, the original Peter Parker is from the Earth 616 universe while Peter B. Parker we see in the Spider-verse movie is from Earth 1610.

But that’s not all―they both might be the same but pose different characteristics. Let’s dive into some of their characters’ differences and see how that solidifies the movie theme about how anyone can be a hero of their own life.

What is the Spider-Verse?

It features all living spider people from different dimensions. That’s because Marvel comics and movies consist of the multi-universe, and time flows differently in each of them. You can have older and younger alternatives of the same main character.

Among all the spider people Marvel has introduced, Peter Parker has been the most known and famous character.

The main protagonist named, Peter Parker, died in 616 comics (well―the spider-man has died almost nine times in different dimensions). Still, we get to see Spiderman and all other versions in movies and cartoons released later.

All movie adaptations attempt to take their hero on a transformational journey.

After the Spiderman trilogy, two movies that hit the blockbuster were Spider-Man: No Way Home and Spider-Man: Into the Spider-Verse.

The actual comic storyline “Spider-Verse” in movies had been treated by directors mainly as a jumping-off point instead of a following single story which is worth adapting.

The Spider-Man movie No Way Home is probably closer in spirit to the Spider-Verse comic book, which merges the events of traditional Marvel Comics.

On the other hand, Into the Spider-Verse takes an entirely different route to push its audiences’ nostalgia buttons. New characters catch fans by surprise.

We are going to focus on Peter Parker and Peter B Parker today.

Why are there different Peter Parkers?

There are multiple Peter Parkers because of the diverse universe.

They are all real Spider-Man―they just exist in different universes. They are all connected in some way.

Peter Parker is cockier, more brilliant, young, and comparatively at his power and achievement peak. He was an optimist hero of his century.

Seeing the geeky kid grow up to be a heroic man who also managed to find lasting love with Mary Jane Watson was such a pleasure.

He used his scientific knowledge to create his version of a bat cave, and he brought his Aunt May into his confidence.

He never feared taking risks, maybe because he was younger. He gave time to his relationship with Mary Jane and devoted himself to his crime-fighting.

He would have started Parker Industries or led the Avengers at Peter B Parker’s age if he had lived.

Characteristics of Peter B Parker

Peter B Parker is old, messy, possibly past that prime era, and very depressed about his loss and failure to accomplish.

He gave up and retired from active super-heroics activities. But have you ever wondered what’s this Spidey’s initial stands for?

The “B.” in Peter B. Parker stands for Benjamin, which is the character’s usual middle name across his different versions.

He can be described as a reluctant mentor, a messy, tired, and brown-haired 38-year-old counterpart of the hero from another dimension. He looked cynical and sad by trying to bury his feelings in food and distractions.

Peter B Parker was not like our Marvel comics (Earth-616) Spider-Man― he undermined his super-heroics power and ruined his relationships, specifically with MJ― Mary Jane Watson.

But that’s not mean Peter B is all about a depressed old and failed-in-life man. He is a good mentor! That showed how he led the team and spent time with Miles. PBP helped the other Spider-people overcome the threats to interdimensional stability.

He might look sad but tends to have a revitalized perspective and determination to recover his own life and relationship with MJ.

Difference between Peter Parker and Peter B Parker

Peter Parker and Peter B Parker are both the same characters. But their way of dealing with life dramatically differs from each other

This video will make it easier to compare the two.

Let’s compare their characteristics one by one.

Peter B. was down on his luck and experienced more difficult times than we’ve known him to doesn’t mean he has nothing to offer to his spider image.

He is one of the brilliant characters of Marvel (remember when he instantly memorized Doc Ock’s extremely long password)―he’s experienced, clever, and a decent teacher to Miles.

He’s also the most grounded and consistent among the Spider-people collected. Gwen may be the most technically helpful to others, but it’s Peter B. Parker who shows the most balance between planning, teaching, and fighting. Out of all the heroes Miles meets, it’s Peter B. who guides him, and both share an exceptional bond.

Peter Paker is the young version that became Spiderman at the age of 16. He had big aspirations and was not afraid to take risks. However, he got killed at a young age.

While Peter B Parker is the 38 years older and future version of the original Peter Parker. Age does play a role in why Peter B became more pessimistic. He seems to have spent a decent amount of his life in sadness, loss, and sorrow that he gave up on his heroic abilities.

While Peter Parker is the closest one to the original comic antagonist his look, his actions seem familiar however the only thing which is off is his hair.

He has blonde hair! Whereas the classic Earth 616 version spider man has brown hair.

In this regard, Peter B Parker gets one point close to comic spider man as Peter B also has brown hair.

There is not much revealed regarding religion, but the production house did distinguish between the two Peters in this area.

The original one never hinted at his religion; Peter B made it clear by breaking a glass at his wedding, which is a Jewish tradition.

That means he is a Jewish Marvel hero.

The original Spider-Man seems to fit the image of a muscular hero with six-pack abs.

Peter B’s physical fitness is unlike the typical superhero. The tired older man always seems to find solace in food.

The original Peter Paker was resourceful. He built his costume and web-shooters, and high-tech spider cave.

Peter B parker was not well equipped and did not have cool spider gadgets that Peter Paker owned.

Here’s a quick summary of their major differences

Wrapping Up: Are there other Peter Parkers?

However, several comics are based on the same storyline, and multiple movies are based on spiders man. All the comic versions and film adaptations have featured entirely different versions of Peter Parker with other names that belong to a different universe.

Along with Peter Parker (Chris Pine), Peter B. Parker (Jake Johnson), other spiders that introduced into the Spider-verse movie are the following:

Now you must have grasped the different characteristics of Peter Parker and Peter B Parker.

Spider-Man (original Peter Parker) might have become Peter B Parker if his path never really shifted into any success.

To put it in simple words, Peter Parker found his way but died, and Peter B never really found a way through twists and turns of life.

Click here to view the shortened version of this article in a web story.

UHD TV VS QLED TV: What’s Best To Use?

What’s the difference between the CPU FAN” socket, CPU OPT socket, and the SYS FAN socket on motherboard?