Home EntertainmentShows Reek In Game of Thrones TV Show vs. In The Books (Let’s Get Into Details)
Shows

Reek In Game of Thrones TV Show vs. In The Books (Let’s Get Into Details) 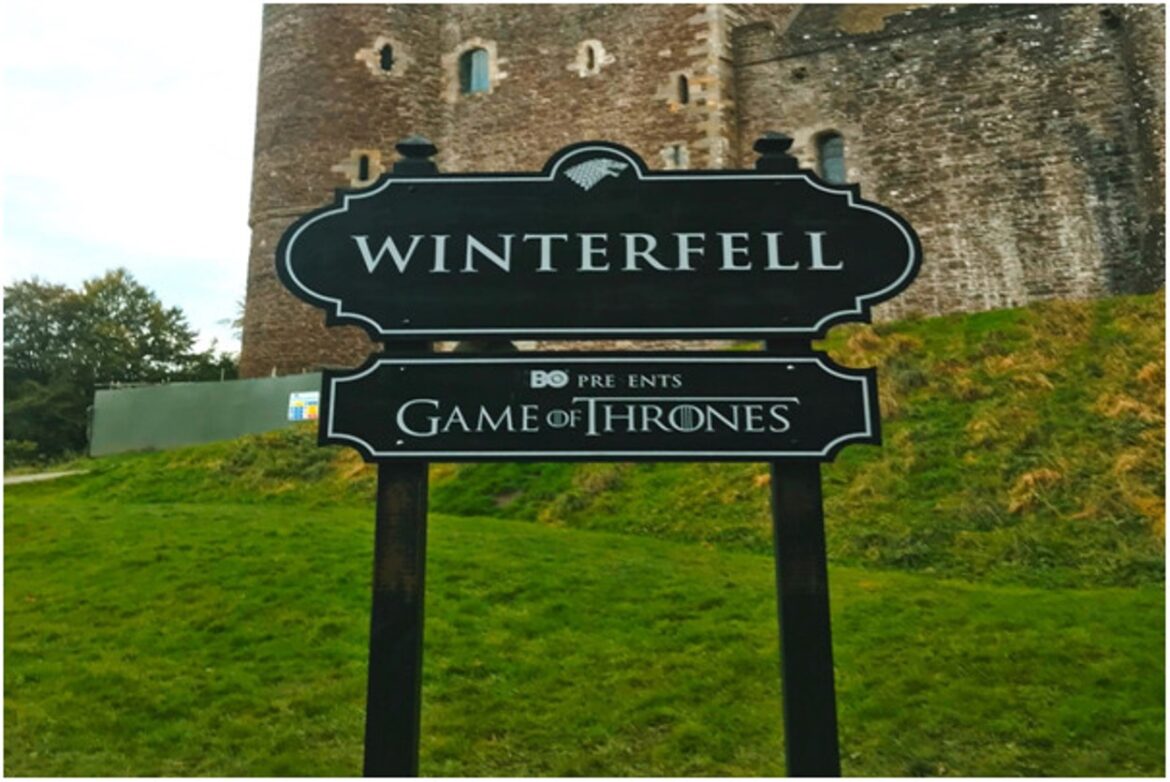 There is a collection of variations in the television series Game of Thrones and its book, including extra episodes, character debuts, and chronological alterations. Some differences exist between the characters portrayed in books and TV shows.

Although George R.R. Martin’s “A Song of Ice and Fire” and “Game of Thrones” closely resemble each other in the plot, there are considerable distinctions between the two, particularly in the later seasons.

Therefore, this article revolves around the disparity between a character named “Reek” in the book and the show. The details of its depiction in both will be discussed. Reek was Theon; however, he was turned to Reek by Ramsay. It sounds confusing, right?

To overcome this doubtfulness, read the article till the end to understand the answers to several queries. Scroll down!

Theon Greyjoy is a member of the Greyjoy family, the only surviving child, and the apparent heir of the Lord of the Iron Islands. Balon Greyjoy is the lord. Theon was transported to Winterfell as a captive and Lord Eddard Stark’s ward after the end of Greyjoy’s Rebellion.

Theon is a young man with black hair, a slender, dark complexion, and a handsome appearance. He tends to find humor in everything. He is well-known for his cheeky smile and self-assurance.

Theon’s attire consists of a feather coat, black silk mittens, black leather boots, silvery-grey shearling trousers, a black doublet, and a white leather belt, and is embossed with the Kraken of House Greyjoy.

Difference Between Reek on the TV Show and the Books

There are specific disparities between the character of Reek portrayed in books and on the show. Primarily, there are differences both physiologically and interpersonally.

Are Reek and Theon the Same Person in the Books?

Avoid being confused with Theon Greyjoy or Ramsay Snow; both have occasionally used the moniker “Reek.” Reek serves as a man-at-arms for House Bolton. Reek might be his real name. Ramsay Snow’s personal aide is named Reek.

According to reports, he never leaves his master’s side, is almost as well known for his brutality as Ramsay is, and even exhibits signs of necrophilia. He is said never to take a bath because of his foul smell.

Role of Theon in Games of Thrones

He is a fictional character in a fictional novel by American author George R.R. Martin. He appeared in the A Song of Ice and Fire and the television series “The Game of Thrones.” He played the role of the youngest son of Balon Greyjoy.

Theon’s character evolution throughout the novels and television adaptation is heavily influenced by his complicated and turbulent relationships with his family and captors. Theon first appeared in Game of Thrones in 1996.

He later made appearances in A Clash of Kings (1998) and A Dancing with Dragons (2011), where he is reintroduced again as “Reek,” Ramsay Bolton’s tortured captive. He is a significant third-person point of view used by Martin to narrate both works.

Why Did Ramsay Fake Reek?

In one Game of Thrones scene, Ramsay notices riders approaching after performing one of his hunting rapes with his first employee, Reek (after whom Theon is eventually named). He then orders his servant Reek to ride and bring help while shoving his garments into his arms.

Because of this, Ser Rodrik Cassel kills Reek while mistaking him for Ramsay as he dresses as Ramsay and rides Ramsay’s horse. To maintain his survival, Ramsay, at this point, impersonates Reek.

How Old is Reek in Game of Thrones?

Robb’s brother Bran surrenders Winterfell to Theon, who is eventually betrayed by his men, which results in his imprisonment by House Bolton. Ramsay Snow imprisons and tortures him before transforming him into Reek, a damaged pet.

However, Theon makes amends by assisting Sansa Stark, Ramsay’s wife and Robb’s sister, to flee Winterfell and seek safety with her “half-brother,” Jon Snow. After taking it back from Ramsay and House Bolton, the two later. So, the Reek is this old in the series.

In Which Book Does Theon Turn into Reek?

When Theon adopted the persona of Reek to cope with the abuse he experienced, it appeared as though he had a type of dissociative disorder defined by an unconscious escape from reality. Who could blame him?

It was all because of the torture that he had gone through. He must have significantly benefited from his ability to regain his composure and aid Sansa in escaping.

He helped Sansa to redeem his honor. It was necessary to recover and recall his original identity.

How Bad Was Theon/Reek Tortured in the Books Compared to the Show?

Theon’s physical appearance in the books is essentially unidentifiable. His teeth are virtually entirely gone. His grey hair has started to fall out. Many of his fingers and toes are gone. He appears old because of the aged appearance of his face. He has a terrible mind, if not a worse one.

Theon displays Stockholm Syndrome by becoming incredibly obedient and submissive to Ramsay. He struggles to think of himself as anything other than his fictitious identity, Reek.

Who Betrayed and Kidnapped Reek?

Rodrik tricks Theon into using the sword himself, but Theon fails miserably and must be killed with four kicks to the neck before his head can be severed. Dagmer observes Theon defeating Lorren. Bran and Rickon are set free after Osha seduces Theon.

As discussed before, Ramsay kidnapped and tortured Reek. However, he never got away from the play. Ramsey was merely playing a prank on him. He is not a reek in the text. Ramsey passed away before ever meeting Theon. Reek swears allegiance to Theon, and that’s how differences appear.

Why Did Ramsay Kidnap Reek?

Ramsay initially demonstrates his loyalty to Robb Stark, the King in the North, by helping him retake Winterfell from Greyjoy while also destroying the castle as part of his father’s plot to undermine House Stark during the War of the Five Kings.

Theon needed to be uninjured because Roose was required to use him as a negotiating tool to get the Iron Islanders out of the North. Roose reprimands Ramsay for his behavior and regrets having put too much faith in him. Ramsay seeks to show that his use of torture was justified.

What Is The Personality of Reek?

Reek was supposedly born with an offensive stench, which he always had.

Reek took three daily baths and wore flowers in his hair to cover the odor, but nothing worked. Reek once bathed himself with a perfume taken from Bethany, Roose’s second wife.

When he was captured and punished, even his blood smelled foul. Reek gave it another try a year later and nearly passed out from the perfume.

Reek was robust and powerful otherwise, but Maester Uthor determined the stink to be the result of some illness.

How Long Did The Prince Remain Cursed As A Beast? What Is The Age Difference Between Belle And The Beast? (Detailed)

Is There Any Difference Between Yin And Yang? (Choose Your Side)

The Difference Between Zoom and Reverse-Flash