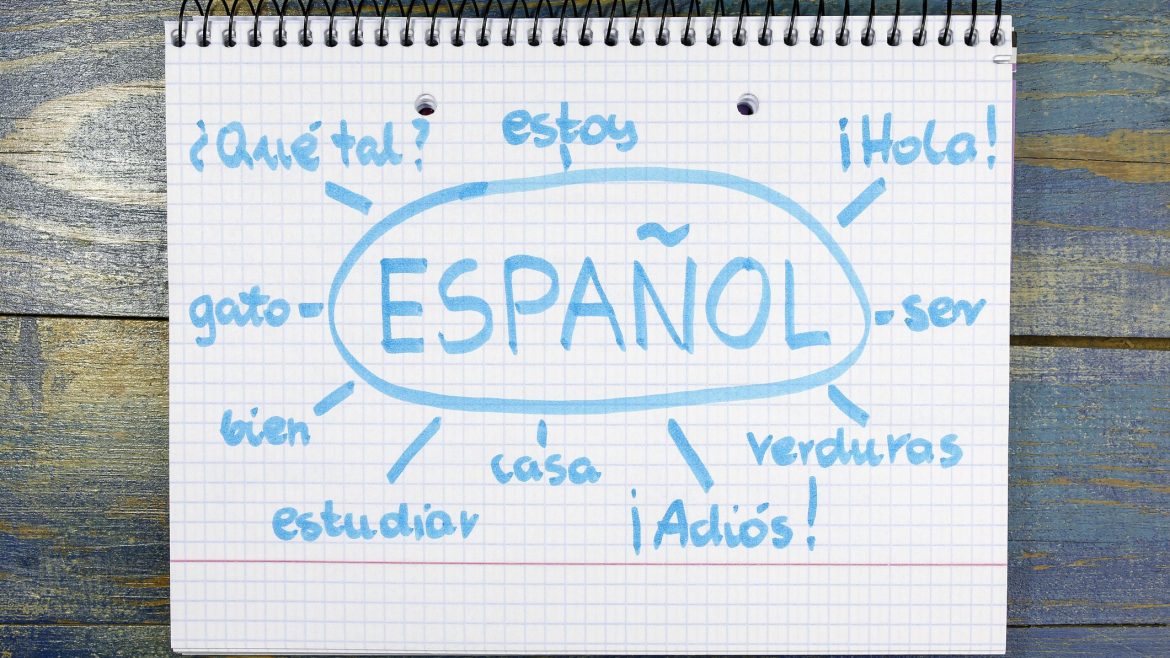 And this number is only going to increase with Spanish being the most widely studied language by American children and college students.

According to Forbes, by 2050, one in three people in the US will speak Spanish. This data accounts for bilingual people who also speak English.

A brief history of Spanish

Spanish is a Romance language, like French, Italian, Romanian, and Portuguese, that originated from (Common) Latin. It originated on the Iberian Peninsula, which includes modern-day Spain and Portugal in Europe’s southwest region.

In 1713 the Royal Spanish Academy (or Real Academia Española) was established with the aim of standardizing the language, which was a great help to future Spanish speakers. The academy published its first dictionary in 1726, which still serves as an authoritative source on Castilian Spanish today.

Spanish was first introduced to America back in 1492, during the Spanish colonization.

As a result, it is now spoken in twenty countries along with one territory (Puerto Rico), including Argentina, Bolivia, Chile, Colombia, Costa Rica, Cuba, Dominican Republic, Ecuador, El Salvador, Equatorial Guinea, and Guatemala.

In addition, it is also spoken in the United States, Belize, Andorra, and Gibraltar, although it is not their official language.

Is Spanish hard to learn?

Despite popular belief, Spanish is actually one of the easiest languages to pick up, especially if you are an English speaker. This is because both languages have the same Latin alphabet, due to their shared roots.

Both English and Spanish come from the Proto-Indo-European family. Finally, both languages follow the same grammatical format “Subject-Verb-Object”, meaning you don’t have to learn new grammar rules, for example:

However, people who speak other languages such as Hindi, Chinese, and Russian, might have some level of difficulty learning Spanish, though they can accomplish it with enough effort.

We live in a global village, and learning a second language can help you communicate with co-workers, neighbors, and even friends from other countries or states.

So what’s the difference between sacar and sacarse?

The main difference between sacar and sacarse, as you might know, or be able to understand, is sacar is the non-reflexive form of the reflexive verb sacarse. Sacar means to obtain, retrieve, get, or remove, depending on the context.

“Voy a sacar la basura ahora.”  (I am going to take out the trash now).

On the other hand, sacarse means to (to take off oneself, or to remove from oneself), for example:

However, sacarse is referred to as a false reflexive, as the meaning and nuance is more or less the same, with slight differences based on the context it is used in.

What are Spanish reflexive verbs?

Before we start discussing the difference between sacar and sacarse, we first need to understand what Spanish reflexive verbs are.

A reflexive verb is one where the object and subject are similar, and where the action ‘reflects back’ on the subject.

Examples of reflexive verbs used in a sentence include: “He cleaned himself,” or “She prepared herself.”

Now, in Spanish, a reflexive verb has ‘se’ attached to the end. This ‘se’ is a reflexive pronoun, meaning it stands for himself, herself, itself, yourself, themselves, yourselves, and oneself.

Some examples of reflexive pronouns, along with their meanings are:

Some other examples of reflexive verbs are:

Whether or not a verb is reflexive can greatly alter the meaning of a sentence, for example:

These are scenarios (or categories) for which using reflexive verbs becomes vital:

Normally, the reflexive verb goes before the conjugated verb, however, there are always exceptions. When telling someone to perform a certain action, you join the reflexive pronoun onto the end of the verb.

To learn more about reflexive verbs, you can watch the following lesson:

The thing most Spanish learners struggle with is choosing between reflexive and non-reflexive versions of verbs.

In the case of dormir and dormirse, the meaning of the sentence is completely based on whether you use a reflexive verb or not. Dormir means “to sleep.” In contrast, dormirse means ‘to fall asleep’.

Here are a few more verbs that have completely different meanings in their reflexive forms:

In the end, the best way to learn about the practical usage of reflexive verbs is to listen to authentic Spanish conversations and learn how natives communicate. Over time, you will find yourself naturally being able to use these seemingly complex verbs with relative ease.

The alphabet and grammar rules of English and Spanish are largely the same, so you will be able to easily master this language with a little bit of effort.

Click here for the web story of this article about Sacar and Sacarse.

Base VS Nucleophile: Understanding Important Facts