Saruman & Sauron in Lord of the Rings: Differences 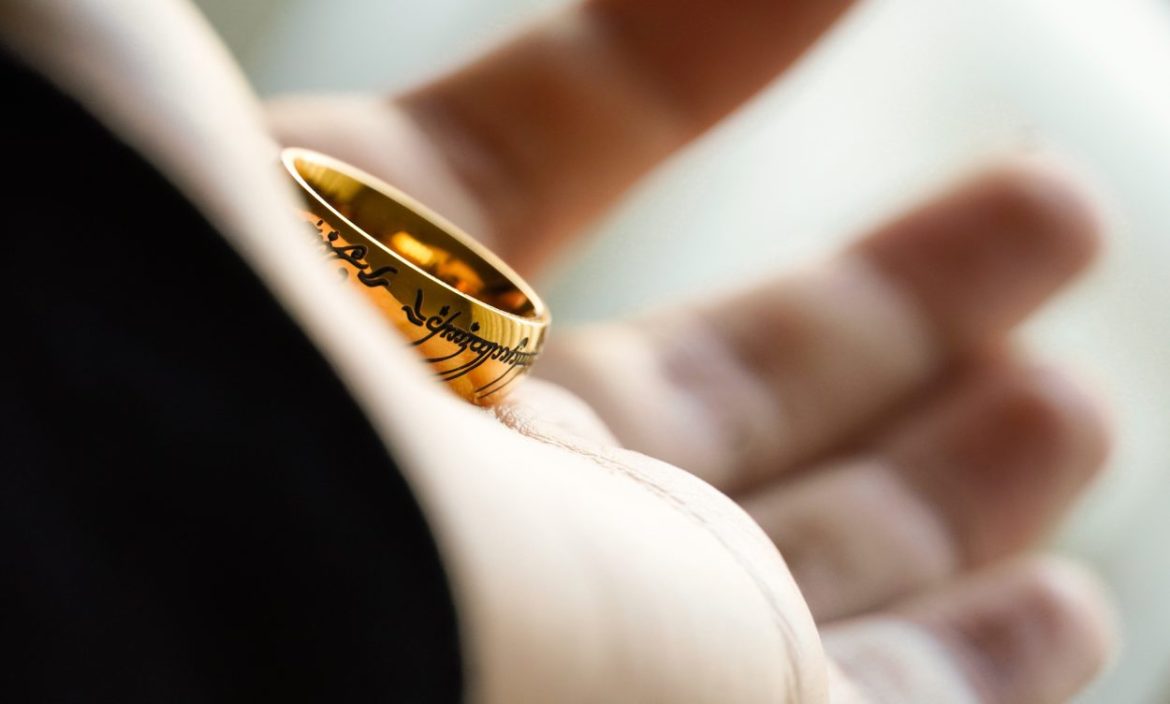 The Lord of the Rings is one of the best series of three fantasy adventure films, The Fellowship of the Ring (2001), The Two Towers (2002), and The Return of the King (2003), directed by Peter Jackson, based on the novel which was written by J. R. R. Tolkien. The series is widely regarded as the greatest and the most influential, it was also a huge success financially and is among the highest-grossing film series with about $2.991 billion in worldwide receipts. Each film was praised for its innovative special effects, design of the set, acting, and musical score with deep emotions. Moreover, the series won 17 out of its 30 nominations for Academy Awards.

There are innumerable characters in the series, however, the ones that we will talk about are Saruman and Sauron.

Saruman is the White Wizard of Orthanc, while Sauron is an ancient evil spirit who created the One Ring. The difference between these two woud be jealousy, even though Sauron knew that Morgoth is more powerful than him, he didn’t envy that, his response was to worship him as a god, while Saruman was jealous of Gandalf, just because Gandalf was handpicked for the mission, but he had to volunteer, and it’s one of the major reasons why Saruman was jealous of Gandalf, there are many more. Moreover, Sauron is much more powerful than Saruman, and he should be as he was able to create the One Ring.

Here is a table of differences between Sauron and Saruman that you should know.

Here is a video where questions are answered about the Lord of the Rings.

Lord of the Rings

The Lord of the Rings franchise has three movies:

They are all based on the novels of J.R.R Tolkien.

In the Second Age of Middle-earth (Middle-earth is the fictional setting of The Hobbit and The Lord of the Rings films), the lords of Elves, Dwarves, and Men are given the sacred Rings of Power. Without their knowledge, the Dark Lord Sauron forged the One Ring in Mount Doom (Mount Doom is a fictional volcano in J. R. R. Tolkien’s novels) by instilling a great part of his power, to be able to dominate other Rings to conquer the Middle-earth. Men and Elves made an alliance to fight Sauron, Isildur of Gondor cuts Sauron’s finger and the Ring with it, in a result of this action, Sauron returned to his spirit form.

Cut short to when Gandalf the Grey (Gandalf is a protagonist) went to Isengard to meet wizard Saruman, he learns about the alliance that Saruman made with Sauron, who has sent his nine undead Nazgûl servers to find Frodo as he was the keeper of the Ring.

Must keep in mind that we are solely talking about what part Sauron and Saruman play in the film.

As there was a threat from Sauron and Saruman, Arwen’s father, Lord Elrond, holds a council in which Elves, Men, and Dwarves, as well as Frodo and Gandalf, were called to tell them that the Ring must be destroyed in the fires of Mount Doom. Right after the council ended, Frodo took the responsibility of taking the Ring and was accompanied by his friends.

Sauron and Saruman tried to stop them and caused many difficulties, like Saruman summoning a storm which forced them to take the route through the Mines of Moria.

The movie ends with Frodo and Samwise wondering if they will ever see the fellowship again as they have been killed ruthlessly by arrows fired by the Orc, Lurtz. “We may yet, Mister Frodo.” and scene.

The Lord of the Rings: The Two Towers

Let’s be clear, this isn’t Harry Potter, where we get an insight into what makes the bad guys into villains. Sauron is evil, because he really is Evil, and that’s about it. The Good Guys need a villain to fight, and Sauron is all for it, he fits the bill.

In The Two Towers, Sauron is driven to solely get back the Ring. He never made an appearance in the novel; we only see his Great Eye and his Dark Tower in Mordor. Because of Sauron’s rule, the land of Mordor has become barren and inhospitable.

Saruman in The Two Towers becomes corrupted by power and decides to take over the realm of Isengard, where he plans to seize the Ring as well as breed a new race of evil Orcs who don’t have a fear of sunlight.

The Lord of the Rings: The Return of the King

When the four leading Hobbits returned home after destroying the Ring, Saruman was exiled by Frodo, but before that, Grima Wormtongue killed him by slitting his throat with a dagger, this took place on the doorstep of Bag End.

Sauron on the other hand didn’t die when the Ring was destroyed, but he should have because he’s no good as his power was diminished. His powers were so low that his spirit could never recover, let alone in a physical form. Now, he would remain “a mere spirit of malice that gnaws itself in the shadows, but cannot again grow or take shape.”

Are Saruman and Sauron the same?

Sauron is the primary antagonist and the creator of the One Ring, he rules the land of Mordor and is driven by the ambition of ruling the whole of Middle-earth. In The Hobbit, he’s identified as the “Necromancer” and is described as the chief lieutenant of the first Dark Lord, Morgoth.

Saruman is the White Wizard and the leader of the Istari, He sends wizards to Middle-earth in human form in order to challenge Sauron, however eventually a desire began to form for Sauron’s power, thus he tries to take over Middle-earth by force from his base at Isengard. Moreover, his desire for order, power, and knowledge lead to his downfall.

What is the relationship between Sauron and Saruman?

As much as I know, there’s no etymological connection between Sauron and Saruman.

Yes, once Saruman pretended to work for Sauron as his loyal servant, but we all know Saruman can never be loyal to anyone other than himself. He was working for him to seize the Ring and overthrow Sauron to become the new Dark Lord.

Saruman was after Sauron’s power, but it was his blind desire that led to his downfall.

What kind of being is Sauron?

Sauron is from the race of Maia, he is an ancient evil spirit, who created the One Ring.

He was in the physical form, but when Isildur of Gondor cuts Sauron’s finger and the Ring with it, he returns to his spirit form. Furthermore, as the Ring was destroyed, Sauron’s powers diminished so low that even his spirit could never recover.

Even with him being in his spirit form, he tried to stop the fellowship as they were on their way to destroy the ring. Sauron is quite powerful, but his desire to retrieve the ring was more powerful.

Is Saruman stronger than Sauron?

Without a doubt, Sauron is stronger and more powerful than Saruman, and even Saruman knew that because he once tried to take away his power by seizing the Ring.

Moreover, Sauron has more experience in domination and war as he is an ancient evil spirit.

Sauron has to be stronger than Saruman because Saruman was after the most powerful Ring which was created by Sauron.

However, there was a person who is more powerful than Sauron and that was Morgoth. Sauron knew that and he decided to worship him as a God rather than fight with him for his powers. Maybe because he knew that he could never win as Morgoth is undoubtedly the strongest.

Who was the most powerful in Lord of the Rings?

In Tolkien’s Lord of the Rings universe, God is undeniably the most powerful. Eru Ilúvatar is the Elvish name for him which means “the one, father of all.”

So now the question becomes: who is the second-most powerful?

Well, in that case, Melkor, “he who arises in might,” is the most powerful, the most powerful of the Ainur (or angels). However, he became arrogant as he began thinking that he is superior to the other angels, and ended up rebelling against God.

As Satan in our world fell from grace, Melkor in the Lord of the Rings universe fell from grace as well and became the spirit of evil, now you know him as Morgoth which means “dark enemy.”

Because Morgoth became weak, he was overthrown and cast out of the universe into the infinite Void. Furthermore, Sauron was his most powerful and trusted servant, but after the overthrow of Morgoth, he was on his own.

Sauron and Saruman were the most ambitious villains, they played their part incredibly, but we all know only the good guys win in the end.

Despite the fact that Sauron was an ancient and one of the most powerful evil spirits, he was killed brutally. Saruman on the other hand was just jealous of everyone and desired so much and blindly that it led to his downfall.

Ran Vs. Run (The English Language)

The Difference Between Saying Honto and Honto ni