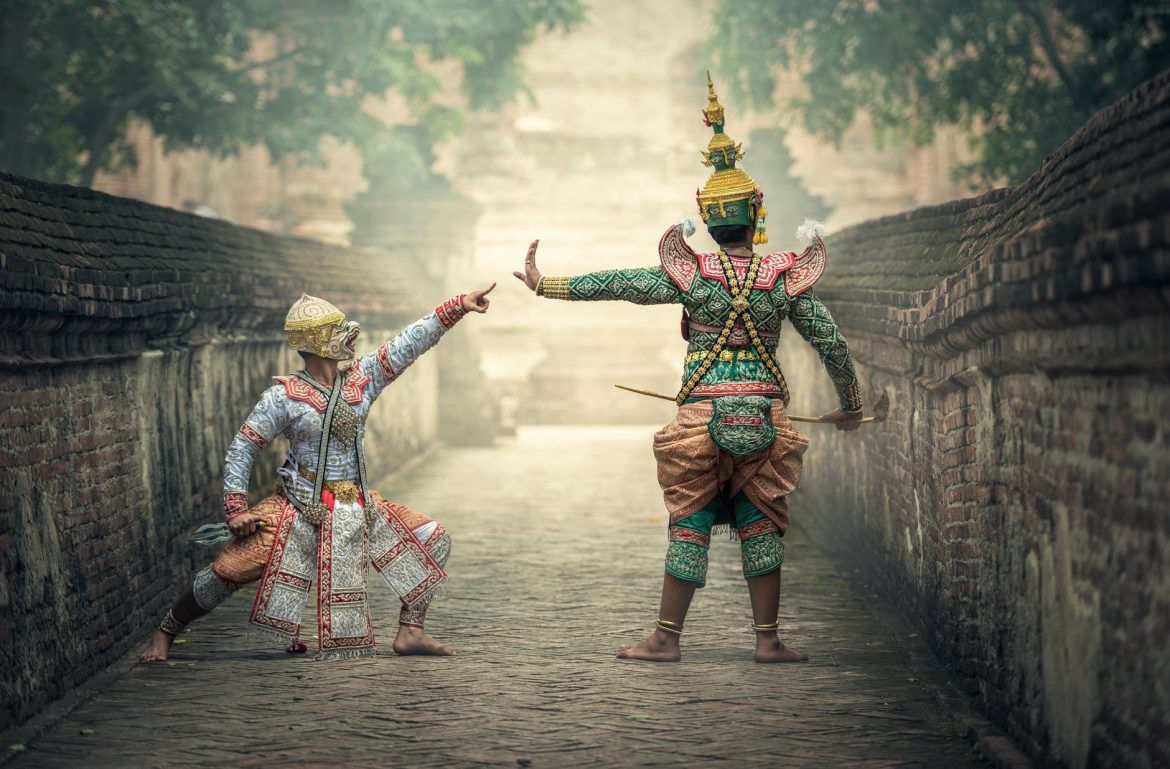 Referring to the interaction between India and Sri Lanka, there are similarities in culture and literature. Now India and Sri Lanka are two separate countries, but there was a time in the distant past when both shared a single landmass. Even after the landmass split, the distance between to is only 22 miles―the total span of Palk Strait.

The interaction between both countries is more intense now than in every cultural, political, and economic sphere.

We see a lot of similarities between the two countries due to the early influence of Indian culture and literature on Sri Lanka― and we will talk about it later. Let’s first see the cultural difference between these two beautiful countries.

India: The Land of Diversity

India is a south Asian Country and officially known as the Republic of India.

By area, it is the seventh-largest country and second most populated country globally. It is a democratic state. It shares borders with Pakistan to the west― China, Nepal, and Bhutan to the north; and Bangladesh and Myanmar to the east. In the Indian Ocean, India is in the vicinity of Sri Lanka and the Maldives.

Sri Lanka: The Land of Serendipity

Sri Lanka is officially known as the Democratic Socialist Republic of Sri Lanka.

It is separated from the Indian subcontinent by the Gulf of Mannar and the Palk Strait. The island has many similarities and differences with India.

Let’s dig them up.

India does not have a monolithic culture. There is a great deal of diversity. So it is difficult to pick one culture and say that this is Indian culture. Easier it’ll be to say some things about Sri Lanka. But we still try to find the significant difference between both countries, let start with food culture.

Indian food is just exceptional― it reflects the country’s diversity.

You only get to know it once you try it yourself.

The most defining characteristic of Indian cuisine is its diverse use of Indian spices. They don’t follow strict recipe instructions; they mix and match their spices in every dish. Indian cuisine is quite versatile. This inconsistency is what makes it highly unique.

From Samosas (Deep-Fried Potato or Veggie Dumpling), Chicken Makhani (Butter Chicken), Matar Paneer, Biryani, Tandoori chicken to wet dishes such as Rus gull leave you to lick your finger and praising the taste of India.

Indian food tends to be spicier than Sri Lankan food.

On the other hand, Sri Lanka is not just the island of immaculate unorthodox beaches and tea but also the land of palatable curries and rice.

The food of this beautiful country has parallels to South India, yet it develops its distinct cuisine. Despite years of colonization and influence from other countries, Sri Lanka has preserved its food culture and blended different curry concoctions and tasty dishes.

The country’s staple food is Fish ambul thiyal (sour fish curry). It is a dish where the piece of fish blends in incredible natural spices such as black pepper, cinnamon, turmeric, garlic, pandan leaves, and curry leaves.

Rice and curry is equally the most consumed meal in both countries. Still, both have preserved their distinctive taste. Both country’s cuisine feeds the soul and the body, or at least it tastes that way.

Hindi is the most spoken language across Indian homes. The country has a diverse culture, so various languages are used in different states.

According to the Census of India, India has 22 official languages and a total of 1652 mother tongues spoken in India. However, the Indian census of 1961 recognized 1,652 different languages in India (including languages not native to the subcontinent).

Buddhists with a significant minority being Hindu. India consists mainly of Hindus. About 79.8% population of India is Hindu, and a considerable majority is Muslim, making up 14.2 percent of the whole population.

Both countries are homes to diverse people, including Hindus, Buddhists, and Muslims. They have impressive temples in both countries to visit.

The unique and timeless temples are breathtaking, and the rich cultural sites offer much to see.

India and Sri Lanka are both also unique in their rich Colonial History. With a wide variety of temples comes many cultures and experiences. Apart from the religious aspects of the culture, you will see that the people vary from place to place.

Indians are more open to discussions while Sri Lankans prefer to have less interaction in terms of speaking with people.

Indians like to talk, gossip, converse, engage in animated discussions, and watch soap opera dramas. Indulging in conspiracies is part of their oral culture tradition. Long before many things were written down or we had the internet to share, stories and information were passed orally from generation to generation in India.

On the other side, Sri Lankans speak less, but their way of converting things is concise, and they also speak better English than Indians.

Coming from many tourists, they experienced that Sri Lankan people are more polite when speaking and conversing with others.

Sanitation coverage in Sri Lanka is 92%—the best in South Asia. It has pristine beaches and water bodies. The roadways are clean and have no potholes. The rail tracks and public toilets smelled different.

On the other hand, 10% of the garbage generated daily in Delhi, a city of India, ends up on its streets.

However, many government campaigns such as Swachh Bharat Abhiyan were started, which helped improve the matter a bit. Clean India Mission focuses on eradicating open defecation all over the country, and efforts have been made for the same since its commencement.

Manual Scavenging is an inhuman practice that continues is still very high in India. As per Bezwada Wilson, one of the founders of Safai Karamchari Andolan (SKA), more than 2.6 lakh women are involved in dry latrine cleaning, around 7.7 lakh men are engaged in cleaning sewers and septic tanks.

The people who perform these jobs face discrimination from society.

Significant reforms are needed in this regard for making India clean.

When means of transportation and communication were minimal, Sri Lanka’s only foreign impact was on India.

The biggest one is the influence of Buddhism, which originated in India and from there was brought across to Sri Lanka in the 3rd century B.C. by Rev Mahinda.

Sri Lanka also inherited literary forms from India. Until the 17th century, Tamil literature in Sri Lanka lay in the shadow of South India for a very long time. The South Indian film and dance forms like Bharata Natyam, Kathak, and Kathakali continued to potently influence Tamil mass entertainment and art in Sri Lanka until the wind of change happened in the 1950s.

Here is a short video of the comparison between India and Sri Lanka:

Wrapping Up: Which one is better?

Comparing the two is not fair because India is diverse and the country home of 1.38 billion people who belong to different religions and practice their cultures.

While the Srilanka total population is 21.92 million with an annual GDP of 80.71 billion USD. You might have seen this as a small country, yet it has many values and things to offer to the world.

Literacy rate plays a key role when it comes to modern thinking. Many social issues like child marriage, acid attacks, caste problems, honor killing, etc., which do not exist in Sri Lanka, will eventually fade in India if the literacy aspect improves.

Polish VS Swedish Mentality (All You Need to Know)