Strategists and tacticians, how often have you heard these words in various discussions and thought that these two words have the same meaning?

However, this isn’t the case and these two terms are largely different from each other. Since these terms are often used interchangeably, it’s important to highlight their difference.

In this article, I’ll talk about the difference between these two terms and will help you to gain a deeper understanding of what these words actually mean.

I’ll do this with the help of examples and quotes to make the information fun and easy for you to digest so without further ado let’s get started.

What Does Thinking Strategically Mean?

Strategic thinking is a way of dealing with a constantly changing environment, responding to that environment to achieve your goals, and also attempting where possible to change the environment for your benefit.

A strategy is a long-term plan devised to reach a certain goal and it is backed with a purpose, it involves decisions taken at a higher level.

A strategy is a tactic that changes according to the people and their status.

For example, in business, the improvement of a certain department might be the strategy of the manager or the head of that department whereas, for the owner of this business whose aim is to improve the performance of all departments and sectors, this would be a short term goal which is called a tactic.

Now that we know what a strategy is, let’s talk about the person who makes a strategy.

Who Is a Strategist?

A strategist thinks and makes decisions about the future, all of his goals and plans are long term and they are backed by a specific purpose. A strategist tends to maximize his chances of securing victory and creates changes in the environment to suit him and make it possible for him to achieve his goal.

He thinks innovatively, expands his resources, and carries out new operations to secure victory.

He tends to take precautions beforehand to ensure survival, minimizes his chances of losing, picks battles carefully, and knows when to quit. Strategies can be applied to many areas of our life and in different fields.

Who Is a Tactician?

A tactician is concerned with the now and he makes decisions and devises his plan to win the battle at hand. He has a narrow perspective and is only concerned with accomplishing the task at hand.

He makes the best use of the resources available to him and responds to the situation according to his short-term goal. He won’t be concerned with the consequences or aftermaths of his endeavour .

A tactician helps to execute the strategies. Tacticians don’t have the time to prepare or choose the circumstances of their fights, they simply need to adapt to the situation and overcome the challenges they face using what they have.

An example of a famous tactic is the matchbook tactic used by Britain against Germany in the second world war. The British general tricked the Germans in such a way that the Germans turned against themselves and became disunited.

Herald Harada the king of Norwegia also was a brilliant tactician. He encountered difficulty in conquering a small village and came up with an ingenious plan.

The Muslim commander Khalid bin Walid who is considered to be one of the greatest army generals of all time used a very clever tactic to successfully retreat and save his army from the Romans at Mutah.

He rearranged the left and the right flanks whilst introducing a division from the back to the front, this confused the 200,000 strong Roman armies and he was successfully able to retreat along with his 3000 men.

What Is the Difference Between Strategists and Tacticians?

The difference between the two can be best explained by comparing them together as is done below:

How You Can Improve as a Tactician?

Let’s now discuss ways in which you can improve your ability as a tactician and be better at coming up with new tactics.

Tacticians need to be able to make quick split-second decisions and make sure those decisions are effective. As a tactician, you need to:

Being aware of your situation is important as a tactician because you need to consider even the smallest details about your situation and environment before making decisions as there is very little room for error.

You must learn to take initiative and action without thinking too much because the job of a tactician is to act out the plans already given to him.

As a tactician, you’ll always find yourself underequipped and with very limited choices.

You’ll often have to make tough decisions under intimidating circumstances which will be against you such as fighting an army far larger than yours or competing against a highly skilled team or even starting a new business on a very tight budget.

The best way to deal with such opponents is to hit them with all your strength and try to achieve victory as quickly as possible.

Due to this, it is important that you should become a better tactician, you need to learn how to create the shortest path to victory and secure victory quickly without any hesitation.

How You Can Improve as a Strategist? 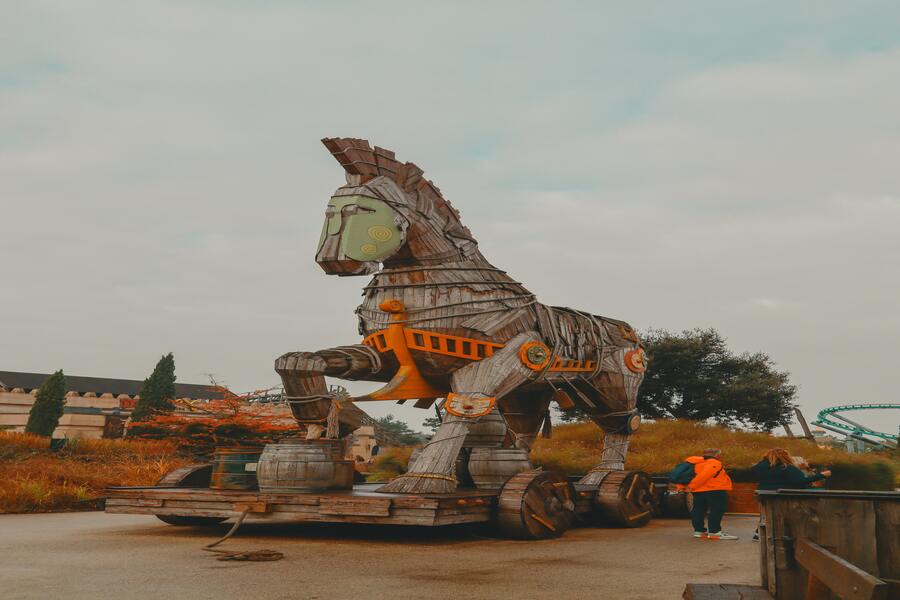 The best way you can improve your strategy is by always thinking long-term and keeping the future in mind while thinking and making important decisions. Here are some examples:

Your plans should be flexible and you shouldn’t hesitate to try new things or launch new operations rather you should be innovative.

The circumstances and the environment should always favor you, this can be made possible by choosing the time and place yourself and creating the necessary circumstances which would result in your success. Finally, you should practice delayed gratification. An integral part of being a strategist is to prioritize the long-term benefits over the short-term pleasures.

A person shouldn’t be deceived by things that give you pleasure in the present. You should rather focus on making choices that would benefit you in the long run.

Acquiring new resources and broadening your communications will help you in devising new strategies thus improving you as a strategist.

Which Is Better: Strategists or Tacticians?

Which of the two is better? A strategist or a tactician? This is a widely asked question and although there’s no definite answer to this question.

In my opinion, a strategist is better than a tactician. This is because a strategist can bring about greater change and can significantly impact a situation, a game, or even an entire nation.

In conclusion, thinking strategically and thinking tactically are two very different ways of thinking. One is based on accomplishing long-term goals whereas the other revolves around shorter-term goals.

There are many other differences between the two as well which have been addressed previously. To be able to fully comprehend the difference between the two I would suggest you read various books which deal with this topic flawlessly.

It’s also important to understand the true meaning of these two words before trying to find the difference between them. A strategist and a tactician differ in many ways but both are roles you will have to play at some point in your life if you wish to be successful.

In order to succeed in life, you need to have mastery of both these skills. There will be different scenarios in life where opting for tactics would be a better option or sometimes having a solid strategy will take you to the top.

Instead of leaning toward one, it’s best to recognize yourself and figure out which one is best for you. If we take history into consideration, a lot of great leaders like Julius Cesar, Alexander The Great, Changez Khan, etc. were both great tacticians and strategists as well.