What Is the Difference Between a Street Triple and Speed Triple 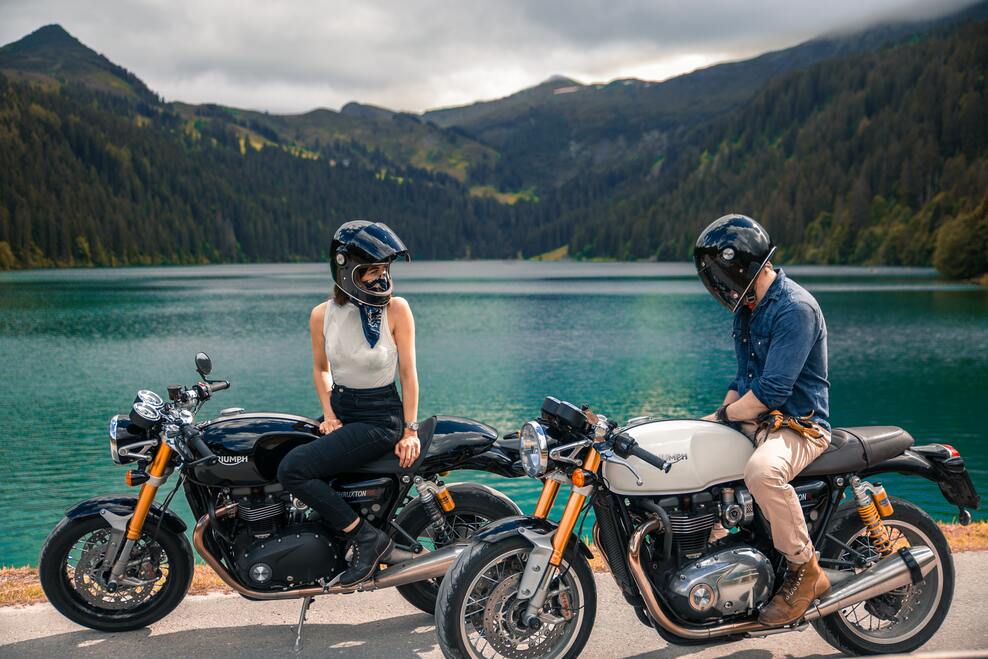 Triumph motorcycles are the largest owned motorcycle manufacturer in the United Kingdom. It has been in the motorbike industry for a while now and has launched many spectacular motorbikes.

Nowadays, everybody is a fan of motorbikes. They’re a great source of having fun, And if you take a road trip with your best buddies, a motorbike makes things ten times better.

Some of the major ones are the “Speed Triple” and “Street triple”. These two different bikes are built for similar purposes as they both are manufactured to move swiftly through traffic and perform sharp turns on curvy roads. Both are considered to be ‘Street fighters’ due to their purposes.

The two bikes that we are going to cover in our article have been a choice of motorcyclists for a while now as they truly cover every aspect of a great motorbike.

Moreover, both their own set of differences set them apart from each other but choosing between the two can become quite difficult as they both have their pros and cons.

Let’s have a detailed look at the two.

A record-breaking naked motorbike by triumph motorcycle that offers almost everything. Being launched in 2007 the Street Triple is a modified version of 1050. Moreover, it’s a compact and classy-looking sporty motorbike with unique twin headlamps making it stand out, the instrument console is simple and has no readability issues.

It offers an analog and digital tachometer gear indicator and fuel gauge. It has a flat handlebar with solid and adjustable mirrors. A classy and smooth grip gives it the perfect feel.

To make it comfortable for the riders it has broad seating and was made for riders of varying sizes with minimalistic cuddling that fits well with the naked appearance of the bike. The sitting stance offers a right lean angle making it suitable for all types of riding.

The street triple offers a 675 cc liquid-cooled and vibration-free engine which consists of fuel injection and four-stroke from day tone. It has a maximum torque of 57.3 Nm at 8735, whereas the engine power is 79 BHP at 11054RPM. Even though the three-engine isn’t as smooth compared to twin and four-cylinder machines in line but it delivers a perfect balance between both of them due to sensitivity to low throttle inputs.

The bike pulls away smoothly and the broad range power band makes it easy to ride at any speed with slick gears which are rack-inspired and it offers a quick shifter providing seamless shifting. The brakes are adjustable on the bike and are paired with features like progressive stopping offering full control over the ride. A classy and smooth grip gives it the perfect feel.

It comes at a price range of 8.7lakh INR which is an absolute value of money as it knocks down most of its competitors in this price range.

Specifications of the Street Triple

Thoughts About the Street Triple

The sleek LED lights are used for the turn indicators which overall gives the motorbike a well-styled and sporty look. Its agility to slice through traffic without worry and straight-line stability is also satisfactory.

It delivers everything from comfort to impressive performance as the lightweight makes it float over bumps and the riding stance provides the riders with full control and grip of the ride.

Moreover, the engine offers everything you need and not only fulfills the need of twin riding but it entertains most hardcore riders as well. Given the price range, it is an absolute steal with well-made quality which is light and agile with decent attention to detail.

It’s fast, fun, and cheap with good strength, one can run easily at 220+ km/h. But when you speed over 160 km/h on a naked bike, it loses all its fun. The impressive performance makes it not only the best in the class but also makes its rivals seem old due to its modern and new features

Launched in 2005, It was the “hooligan bike” with a runty, stumpy, aggressive ‘Bug-eyed’ design with a quick, characterful and powerful engine which makes it special.

The engine is originally from the Sprint ST sports tourer but it is a reworked model to work in the best super naked form. The engine consists of liquid cooling,12v,DOHC power with 131 bhp(95kw) @ 9,100 rpm torque and a weight of 78lb-ft(105Nm) @ 5,100rpm. The top speed of the bike is 150 mph and the transmission is 6 but the gearbox is quite poor and feels chunky. However, the later models had some changes.

The built quality of the bike is very sturdy which gives a premium feel to the rider. It has a wheelbase sharp steering and a stiff suspension which on the previous bikes suffered from poor servicing. The 2005-2007 model sadly has a terrible pillion seat.

However, in the outright power, the speed triple shines the most as it is the most enjoyable naked ride on the road, despite its weight the engine’s wonderful spread of torque makes the journey quite relaxing.

It comes at a moderate price range of 7500 euros for the original 2005 which provides an absolute value of money. Triumph speed triple 1050 is quite fast even racking up the speed of 150 mph with beautiful sounds. The 1050 engine reaches RPM between 3000-8000 making you slide past cars on congested roads with ease.

Specification of the Speed Triple:

It’s made for comfort even on long distances when you have nothing to worry about as you are in the best hands. The maintenance of the bike is similar to other modern bikes on the road, despite its weight the engine’s wonderful spread of torque makes the journey very relaxing.

The choice between the two largely depends on your preference and the things you’re looking for in your motorbike. However, here are some of the major differences between the two to help you decide which one to purchase.

Speed triple due to its weight feels quite heavy which makes it hard to handle, on the other hand, the street triple is lighter and feels more agile and controllable.

Speed triples offer an under-seat exhaust whereas the street triple offers a normal stock one.

The street triple feels quite underpowered although it performs well on day trips. If you want it to do more, then the street triple doesn’t perform well simply because of a lack of power.

Whereas the speed triple is best for any type of riding option and the transition between them feels almost surreal.

The street triple is smaller in size and weighs about 400 pounds compared to the speed triple which is larger in size and comes at a weight of 470 pounds.

The engine in the street triple is 675cc which delivers an impressive performance but when compared to the speed triple’s 1050cc engine it lacks in both power and performance by a quite bit.

The street triple is rated at about 100 horsepower while the speed triple has about 140 horsepower.

The price of the speed triple is far more expensive due to its enhanced and additional features. On the other hand, the speed triple according to its features is a great budget option for the riders.

The street triple is more like a toy as riding is very playful and fun whereas the speed triple is like a tool as it has a bigger engine and its high speed makes it effortless to ride.

All and all the choice between the two is subjective for you. It’s best to go for a test ride as that will immensely help you in choosing the best.

Both of these are an absolute blast of motorbikes to ride on. Apart from the major differences in their engine and weight, they both are quite fun if you know what you are looking for.

Personally, I’m a big fan of the street triple and a major reason for this is its lightweight that allows me to have full control over the bike and have a relaxing ride around the city. Triumph always crushes the motorbike game and these two are one of their finest lineups you need to check out.

The final choice between the two largely depends on your set of prerequisites as they will help you in understanding what both of these bikes offer and what’s best for you.

Motorbikes are an absolute blast and after going through this article you are sure to fall in love with one of the two as they both offer something for everyone.

What Are the Differences Between Simulation and Emulation? (All You Need to Know)