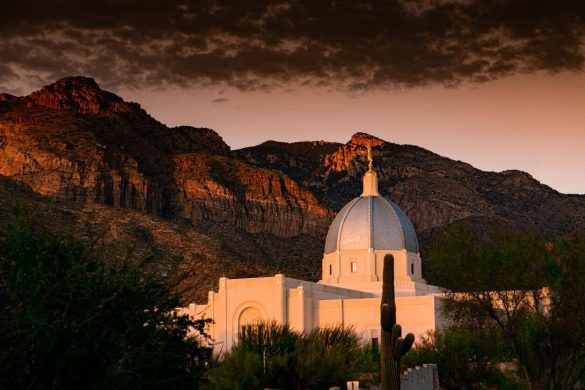 People have different religious beliefs and practices. Today we are going to talk about some of the branches and sects of Mormonism. As one can easily get confused about which is which.

TBM stands for a “True Believing Mormon” or a “True Blue Mormon”. Whereas, BIC usually refers to someone who’s “Born in the Covenant” or “Born into the Church”.

I’ll be providing a detailed account of the differences between a TBM and a BIC Mormon in this article. However, before we get to that, let’s take a look at the concept of Mormonism and the Mormon church.

What is the Mormon Church called for short?

Mormon church is officially called “The Church of Jesus Christ of Latter-day Saints”. It’s believed that this name came as a revelation from God to Joseph Smith in 1838.

Mormons are a religious group. They enfold the concepts of Christianity and the revelations made by their founder, Joseph Smith. They belong to LDS, the Church of Latter-day Saints.

It’s headquartered in Salt Lake City, Utah. It has more than 16 million members from all over the world.

Another Mormon community is centered in Missouri with about 250,000 members. In 1830 “The Book of Mormon” was published and this is when the religion was officially founded.

However, the term “Mormon church” is being used for ages publicly. It’s basically a nickname for the church but it’s not an authorized title. The church also discourages people to use it.

Therefore, it’s advised to not even use the abbreviation, LDS or the nickname Mormon church, as substitutes for the name of the church.

This is because “Mormon” is appropriately used in proper names such as “The Book of Mormon”. It’s also used as an adjective in historical expressions like the “Mormon trail”.

Moreover, they also believe that the term “Mormonism” is inaccurate. So to describe the combination of doctrine, lifestyle, and culture, the term “restored gospel of Jesus Christ” is preferred.

As this combination is unique to the Church of Jesus Christ of Latter-day Saints. Otherwise, they find it derogatory.

They have many restrictions in place! Yet, people continue to use such terms on a daily basis. They find it easier as they’re shorter and doesn’t require one to say the full name every time they refer to a Mormon. However, they don’t wish to offend anyone.

What is the second anointing in the LDS Church?

Joseph Smith, the founder of the Mormon religion, claimed the purpose of the ordinance. This was to ensure salvation, exaltation, and confer godhood.

During the early times, this ordinance was performed more openly in Utah. However, the same isn’t the case today. Now it’s considered a secret LDS temple ordinance that many church members are unaware of.

According to many reports, in this ordinance, an apostle washes the feet of the couple in the temple. The apostle “anoints” them on the head with oil. This basically guarantees them a place in the celestial kingdom.

The apostle then invites the couple to retreat to a room in the temple. Here the wife washes her husband’s feet. Then she lays her hands on his head to give him a special priesthood blessing.

The second anointing is basically regarded as the “proper marriage” in the Latter Day Saint religion. The ceremony is performed in a holy temple by a legal administrator who holds the sealing power.

What are the different branches of Mormonism?

In theory, there’s only one branch of Mormonism. It is no other than the Church of Jesus Christ of Latter-day Saints. There are many splinter groups that broke off from the LDS church and are currently established in Salt Lake City, Utah.

These are considered apostate groups with no true affiliation with Mormonism.

The LDS church claims its authority as bestowed upon the anointed prophet by Jesus Christ. He’s the president of the Church. No other organization can lay claim to any other authority apart from that. If it isn’t authorized by the prophet, then it’s not part of the church of Jesus Christ.

However, from a scholarly perspective, there have been many groups that have splintered off from the main body of Mormonism. They formed their own groups. The largest and oldest of them all is the “Community of Christ”. Formerly known as the reorganized Church of Jesus Christ of Latter-day Saints.

Moreover, the most popular of the Mormon branches is the fundamentalist Church of Jesus Christ of Latter-day Saints. This was established after the LDS church prohibited polygamy and is currently headed by Warren Jeffs and his family. They’re known for their polygamous lifestyle and the legal issues surrounding them.

There were many other branches of Mormonism as individuals disagreed with certain policies. So, they followed a specific church leader.

Here’s a list of a few denominations from the Latter-Day Saint movements:

What’s the difference between a TBM and a BIC Mormon?

TBM stands for a “True believing Mormon”. It refers to those Latter-Day Saints who represent the theoretical epitome of faithful devotion to the Church.

On the other hand, BIC usually refers to those “Born in the covenant”. This refers directly to individuals whose parents were previously sealed in the temple before they were born.

The acronym TBM is used to express a dismissive attitude towards loyal and faithful Mormons. People often see TBM Mormons as those who are extremists. They use this acronym in a derogatory manner where they label them as “Totally Brainwashed Mormons”.

Whereas, the acronym BIC now implies people who were baptized at the age of eight and grew up in an active Latter Day Saint environment. Only 30% of fundamentalist members are inactive Latter-Day Saints.

Mormons believe in the slogan, that families are forever. They encourage the second anointing where the couple and their children are sealed in the next life. So, the “sealing” is basically the joining together of a man, woman, and their children for eternity.

A person can choose to be both, a TBM and a BIC. This is because BIC is associated more with their parents being sealed in marriage and to their children in the next life.

The ceremony is performed by the powerful apostate. Later on in their life, one can become a TBM.

The only difference is that one has to be a BIC before they’re a true-believing Mormon. TBM and BIC are euphemisms used in Utah to describe faithful latter-day Saints. However, these aren’t often used by anyone outside of Utah.

What is the difference between a Mormon temple and a Mormon church?

In the latter-day Saints movement, a temple was a building that was dedicated to being the house of God. It was only used for special forms of worship.

A temple is different from a church meeting house. A church is used for weekly worship services.

Mormons perform many ceremonies in the temple. The church is a simple and local place with a chapel where people can gather weekly. Although churches can vary, they have very similar designs.

However, the temple is a beautiful regional cathedral for special ceremonies like marriage. Temples are all individually designed.

Both church and a temple are places of peace and worship. It’s just that one is used weekly and the other is used for religious ceremonies once in a while. While churches are local, temples are less local and often have visitors or tourists who come to see their beauty.

They’re closed to the general public.

Here’s a video showing inside a Mormon Temple:

How is LDS different from Christianity?

The Mormon doctrine is very different from the orthodox Christian views in regards to the concept of salvation. The difference is that Protestant Christians believe in faith alone for salvation. They criticize the LDS for believing that good works can achieve salvation.

Mormons consider themselves to be Christians. However, they’ve had an uneasy relationship with traditional Christianity and its branches. For instance, with the Roman Catholics and Protestantism.

There are many differences between Christianity and Mormonism. Some are more central than others. For instance, the LDS church believes that there isn’t any original sin. They also believe that humans can achieve godhood if they follow Mormon teachings.

Take a look at this table differentiating between Christianity and Mormonism:

In conclusion, the main difference between TBM and BIC Mormon is that the former refers to those who are faithful and loyal to their religion. Whereas, the latter refers to those Mormons who were “Born in the covenant”. This means that their parents were sealed to the temple before they were born.

Lastly, Mormonism and Christianity differ in terms of beliefs. Christianity views Mormons as corrupt to their religion. Whereas, Mormons believe that they’re identical to Christianity and are misunderstood.

I hope this article helped answer your questions about Mormonism!

WHAT IS THE DIFFERENCE BETWEEN PLACIDUS CHARTS AND WHOLE SIGN CHARTS IN ASTROLOGY?