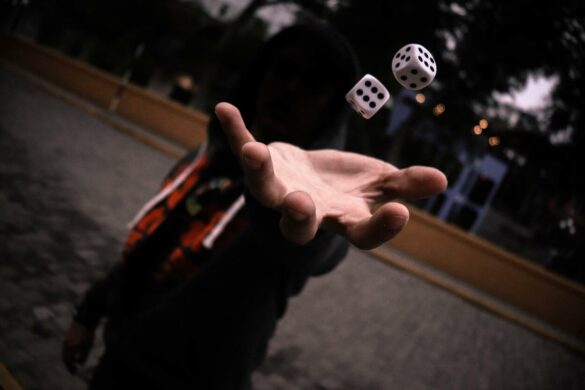 Before the revolutionization that was the invention of video games, people especially children used to spend their leisure time competing in tabletop games. These games were usually equipped with their own lore, characters, story-telling, and world-building.

This is probably why fantasy games such as Warhammer 40k and dungeons and dragons (DND) were so popular with the unit. They not only allowed them but also promoted them. To use their imaginations to assimilate themselves into these mystical universes.

Warhammer 40k is a more popular spin-off of the original Warhammer. Even though they are made by the same creators, Warhammer 40k has a darker more solemn plotline which was dark in its own right. The Fantasy Battle is set in different universes.

If you’re looking for which video games are suited for you then you’ve come to the right place. In this article, I’ll be providing all the differences between Warhammer and Warhammer 40K.

What Type of Game is Warhammer?

Warhammer is a tabletop battle game that puts players in command of armies of valiant humans, noble elves, savage orcs, or a variety of twisted and monstrous creatures.

Players assemble armies of miniaturized plastic models with varying stats and abilities and use them to fight wars on a tabletop battlefield. Unlike in a board game, where players’ movements are limited to specific areas, Warhammer commanders can freely maneuver their units, set distances with rulers, and resolve shooting and hand-to-hand combat by rolling dice.

If you’re not sure which ones are tabletop games, I’ve included a table listing 5 of the most popular tabletop games of all time below.

How to Play Warhammer?

Warhammer and Warhammer 40k have similar playstyles. You may even be able to mix and match different factions from the 2 games. Therefore, most of the rules in one game may apply to the one in the other game.

You’ll use a ruler for navigation. A group of dryads is permitted to be able to move eight inches of turn. Models have various numbers that represent how swift they are.

In a large game with many options, you can relocate specific models into different formations to try to capitalize on their strengths. These tables are also generally covered in various terrain, which you must consider. Bear in mind that each type of model has unique abilities.

Here are some details of the abilities of some factions:

You’ll be using dice for a variety of purposes in the game, so when it comes time to fight, consult your rulebook to see how many dice each player gets to roll as well as what number you need to win a battle.

What is Warhammer 40k?

The rulebook’s first edition was published in September 1987, and the ninth and latest edition was released in July 2020. Warhammer 40,000 takes place in the distant future when a stagnating human civilization is plagued by hostile extraterrestrials and ethereal beings.

The game’s models are a mix of humans, aliens, and supernatural monsters with cyberpunk weaponry and supernatural abilities. The game’s fictional setting was created through a large body of novels. It is published by Black Library (which is Games Workshop’s publishing division).

It’s a counterpart to Warhammer Fantasy, and while they are not connected to each other in a shared universe, their settings share similar themes.

Warhammer is a fantasy setting with some hope but it’s mostly a dark take on the typical fictional universe. It is where the good guys are jerks and the bad guys are even worse.

You get a portion of its ridiculousness, but only enough to feel like Warhammer Fantasy (as it became known after 40k entered the picture) is mocking you.

As TV Tropes puts it, if you put together equal parts of Tolkien, Michael Moorcock’s Elric series, and Monty Python and the Holy Grail, the result would look very similar to Warhammer.

Warhammer 40k originally started as pretty much a straight-up Warhammer but IN SPACE! The days of Rogue Trader were just as darkly humorous and bleak as their fantasy-based progenitor.

The Imperium of Man, is an entity that runs on human-centric xenophobia, unbridled militarism, a fear of technology, rampant paranoia, a ridiculously reactionary mindset, and genocidal hatred of everything arrayed against it.

The Imperium is the good guy because everyone else in the setting is so much worse than they are. So hey, both games have jerks as heroes and villains.

Consumers also claimed that the lore of Warhammer 40k was much richer and more immersive when compared to the original.

Here is a list of characters, worlds, and races which differentiate Warhammer from Warhammer 40k.

There is no definite crossover. There are occasional hints, due to the authors being cheeky. They had the same developers and therefore shared the same tone of the gameplay.

The gameplay could be grim, dark, doomed, and with extra spikes, so they’ve happily used many elements in each:

Necrons of 40k are the equivalent of the undead of WH. They are nowhere near alike.

Other than that, WH has Lizardmen, Beast men, Skaven, and movie monsters as species that are not in 40K. It has different gods and different rules in its physical world and in the warp.

Here’s a video detailing the connections between the two games’ lore.

Here the are main points of this article:

I hope this article helps you decide which tabletop games suited you most.

BLOODBORNE VS DARK SOULS: WHICH IS MORE BRUTAL?

ATTACK VS. SP. ATTACK IN POKÉMON UNITE (WHAT’S THE DIFFERENCE?)

WIZARD VS. WARLOCK (WHO IS STRONGER?)

Haploid Vs. Diploid Cells (All Info)