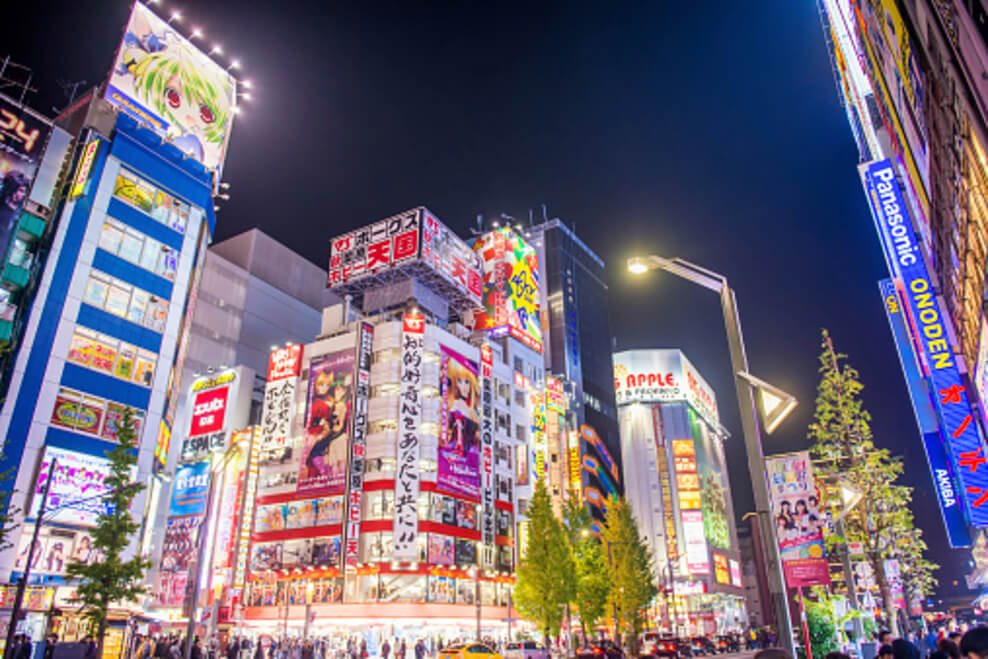 The Japanese have always been a center of interest in terms of their culture, interests, anime, manga, and language diversity. They have a vast variety of cultures, ethnicity, hobbies, and anime that make them unique and deep in their way.

How about the Japanese people and their language? We should have a broader look at different people, and their likes, and dislikes along with their relatable ambiguities.

Weeaboo and Otaku are two distinctive terms that are generally used to describe Japanese people. Usually, these terms are confused with one another, but they are so much different.

A Weeaboo is a person who loves Japan’s culture and is indulged to a deeper level than an otaku. On the other hand, an Otaku loves the Japanese culture and anime to a superficial level, but being really into it, there is no other thing, and if they say that it’s their life, it is.

In this article, I’ll be taking a broader look at these terms and their actual meaning. Also, we’ll be looking forward to clearing up our ambiguities related to these terms, and frequently asked questions will also be addressed.

So, let’s get to it right away.

What Do You Mean By Otaku?

An otaku is a Japanese person that can be a male or a female, who is obsessed with something to the point where it interferes with their social abilities or causes financial stress, effectively taking over their entire life.

You can be an otaku for almost anything, including anime and manga video games, and even trains, military memorabilia, and robots and idols that are also known as Wota.

Originally, Otaku had the same connotation as a nerd in Japan and had nothing to do with anime. There was even a positive connotation to the term because otaku was extremely intelligent and possessed all of the cool technology available in the 1970s and 1980s, like a portable television.

Even in its more literal sense. In the 2002 anime Full Metal Panic, for example, the protagonist is referred to as an otaku by his peers.

As if he was constantly dumped and found solace in Otome dating games because the characters weren’t real and thus couldn’t hurt or break his heart.

Unfortunately, being called an otaku in Japan is not something to be proud of, contrary to what many western anime fans believe.

Is Being An Otaku A Bad Thing?

I think being an otaku isn’t always a bad thing, but there comes a point when having too much of a good thing can be detrimental to a person’s psychological health. Someone, for example, may find great enjoyment in the mega-idol group AKB48.

They eventually become unhealthily attached to their ship and imagine themselves dating her, or excluding all human relationships to devote themselves to a young girl they don’t know personally.

Some escapism media is useful for distracting us from our lives, but it eventually becomes gross and unhealthy, especially when it involves real people (like the young girls in AKB and their sister groups).

Non-Japanese people can exhibit otaku characteristics, but calling yourself an otaku because you enjoy watching anime or playing video games demonstrates a clear misunderstanding of the term.

Therefore, it depends on the extent of obsession that makes it either a good or a bad thing.

Whom Do You Call A Weeb Or A Weeaboo?

A weeaboo or weeb is a non-Japanese person who is obsessed with Japanese culture but only understands it from a pop-culture perspective.

I’m fascinated by Japanese culture, how their society operates, and the history of their social practices. Japanese animes are addictive, but self-control can help you not become an addict. I’ve watched their series “Lucky Star” which made me develop an interest in their culture and social history.

People also prefer the Japanese as rude and disrespectful entities, yet that’s not the case. The actions lead to such consequences, otherwise, they are kind and caring people.

You can be a loud, passionate anime fan, a cosplayer, or simply interested in Japanese culture without being a weeaboo. Most people in weeaboo cringe compilations aren’t weeaboos by definition, because they’re not pretending to be Japanese or causing harm to anyone.

The best way to deal with weeaboos is to simply educate them on their bad behavior or to step back and wait for them to mature. People having fun and enjoying their hobbies is not the same as wishing to be of a different race. This also applies to Koreaboos that are related to Korean Culture and K-pop music.

Is Nerd An Otaku?

A nerd in Japanese is referred to as an otaku. It’s a common misconception that otakus are only interested in manga and anime. That’s not true; an otaku, like a nerd, can be obsessed with anything as long as it interferes with their social life. And, like the term “nerd,” the term “otaku” is generally used negatively.

Unlike “otaku,” the term “weeaboo” is not a genuine Japanese word. While these are slurs, one should not feel bad if they fall into one or both of these categories.

The primary distinction between a weeaboo and an otaku is that when an otaku says that anime is life, it is usually meant to express their affection for it, not that it is their life and all they care about.

When a weeaboo says anime is life, they mean it literally and most likely have no other hobbies or concerns besides anime/manga. An otaku is a fan of manga and anime, whereas a weeaboo is obsessed with them.

Remember, they’re just slanging for nerds and Japanophiles, which is perfectly fine. Be whoever you want to be as long as it doesn’t harm yourself or others.

All in all, Weeaboo is comparable to the N-word for Japanophiles and is also an insult to anyone who enjoys Japan.

What Is The Meaning Of Weeaboo?

Weeaboos also known as degenerates, are anime fans who primarily watch mainstream or bad anime. They are mostly unhealthy, and at least one of their parents lives with them, maybe in the basement or junk area.

Otaku is Weeaboos who want to be accepted into society, so they try to change their ways, move out of their mother’s house, lose weight, and are usually unsuccessful.

People who use anime in their profile pictures are known as weeb. They are generally nice people who are successful. However, certain middle school students who are bullied daily attempt to make a living on the internet by using illogical names and “cursed image” profile pictures, believing they are better than us Weebs.

In other words, Weeaboo is a western term that can be applied at random to anyone with an interest in Japanese culture. While Otaku is a negative term coined in Japan that refers to anyone who obsesses over a hobby to the point where it interferes with their daily life.

What Exactly Is The Distinction Between A Weeaboo, A Japanophile, And A Japanologist?

A Japanophile is someone who enjoys Japanese culture, a Japanologist is someone who studies Japan and its culture academically, and a weeaboo is someone obsessed with Japanese Culture, interests, and norms.

We can say that Japanophiles are people who adore Japan, sometimes obsessively, but do not necessarily enjoy Japanese cartoons (or anime)

Japanologists study it academically; there isn’t much else to say about what a Japanologist is or does.-

A degenerate, on the other hand, is a weeaboo. They are obsessive anime fans who worship a very shallow, idealized, and incorrect version of Japan that they have only learned from anime.

They adore Japan but lack the motivation to study the language thoroughly, so they end up repeating words and phrases like:

We can say that Japanophiles are people who adore Japan, sometimes obsessively, but do not necessarily enjoy Japanese cartoons or anime.

In conclusion, I’d say that Weeb is slang for Weeaboo, while Otaku is a more intense version of Weeb. A weeaboo is essentially an otaku who has turned their passion into something more extreme.

The only difference between that and a casual fan is that it is their entire life for an otaku. They use it to escape the harsh realities of everyday life, such as having a job or attending university, or because it makes them feel accepted, complete, or loved in some way.

In Japan, an “otaku” is a person who is completely consumed by their interests in pop culture, a hobby, or any other form of entertainment – similar to the term “geek” or “nerd” in the West.

On the other hand, a Weeaboo used to be someone who was overly obsessed with Japan. Anime was frequently used as a frame of reference for what Japan was like.

Hence, these terms are quite different from one another. You can have a thorough reading of this article to look deeper into it.

Want to find out the difference between Anime and Manga? Take a look at this article: Akame ga Kill!: Anime VS Manga (Explained)