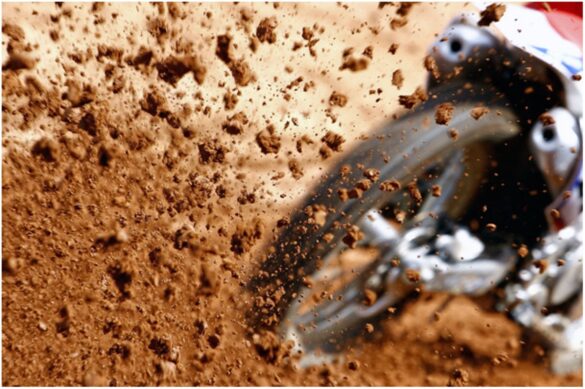 Many terms in the English language are slightly different from one another or identical. Moreover, many of these words have varied meanings depending on where you are at any given time in this world. When this happens, it can make one question whether specific terms are interchangeable in the first place.

Keeping this in mind, I considered the distinction between a motorcycle and a motorbike and wrote this article. Even though the two names are relatively similar, many contend that they are, in fact, distinct.

Some claim that the size and horsepower of motorbikes and motorcycles make a difference. However, some argue that the two words have the same meaning.

Additionally, foreigners frequently believe that using similar terms to describe the same thing is entirely insane if they aren’t identical.

To overcome all these confusions, read this article till the end.

What’s a Bike and When Was it Invented?

Any vehicle with two wheels can be considered a bike, including a moped, a bicycle, an electric bike, a scooter, or a motorbike. Bicycles were initially referred to by the term “bike,” which was created after the advent of bicycles. Later, as two-wheeled vehicles, including scooters, motorcycles, and mopeds, were designed, they were classified as bikes.

The 1885 Daimler Reitwagen, built in Germany by Gottlieb Daimler and Wilhelm Maybach, was the first internal combustion, petroleum-fueled motorcycle. In 1894, Hildebrand & Wolfmüller produced the first motorcycle in large quantities.

In terms of popularity as a mode of transportation, motorcyclists are on par with cars worldwide.

Brief History of Motorcycles and Motorbikes

The industry’s standard term is “motorcycle,” a combination of the words “motor” and “bicycle.” Historical evidence indicates that “motorcycles” began to acquire popularity in the early 1900s, roughly 15 years after the invention of the motorbike in 1885.

It wasn’t until much later, in the 1950s, that the name “motorbike,” a combination of the words “motor” and “bike,” came into use. Even if its popularity has grown, “motorcycle” has always been its king.

However, you may have noticed that the two words are employed in distinct circumstances in different ways. Similar to how the bicycle is more formal than a bike, the word motorbike is more traditional. Motorbikes, in contrast, are less conventional and ought to be used as such.

It’s less formal, but it’s also less common than the other terms. Most of the time, it’s because of official publications related to insurance, law, journalism, product descriptions, etc. These documents exclusively use motorcycles.

The global use, however, makes a significant difference. Although the two words have the same meaning, they are used differently throughout the English-speaking world.

Although you may occasionally hear the other term, motorbike is the preferred term in the UK and Australia. You’ll hear the word “motorcycle” used by individuals in North and South America. You might also hear words like “hog” or similar expressions. Even so, it’s unlikely that you’ll ever hear the phrase “motorbike” used.

Difference Between a Motorbike and a Motorcycle

Both terminologies refer to a similar thing. There aren’t any vast differences between the two. However, the table below shows the disparities discussed in the literature.

Although there is no specific size at which a motorcycle qualifies as a “motorbike,” in general, the term is used to describe the most petite sizes of motorbikes. You should be aware of the bike’s overall proportions when referring to it as a motorbike rather than a complete motorcycle because they are often lightweight bikes.

Why is a Motorcycle Called a Bike?

Motorcycles are frequently referred to as bikes by non-riders and those who ride them. They are called “bikes” as a shortened form of “motorbikes,” which is another frequently used term for motorcycles. Although most people will only classify small, light bikes as actual motorbikes, you can refer to any motorcycle as a motorbike.

Despite not typically being referred to as “motorbikes,” certain other vehicles are motorcycles. However, that does not preclude you from addressing them in that manner. Most people would grasp what you mean if you tried, so you can.

The Misconceptions About Motorbikes and Motorcycles

A popular misconception on forums is that motorbikes are smaller and less potent than motorcycles. However, no evidence supports this weird assertion in any laws or product specifications.

You’re not in danger of being misinterpreted or poked fun at for preferring one or the other because the two words are pretty interchangeable e.g motorcycle is a blend of “motor” and “bicycle,” which might be reduced to the word “bike.”

Motorbike is undoubtedly a less formal word, similar to the distinction between bike and bicycle. The 1950s would have seen a less formal phrase infiltrate because of the burgeoning rocker culture and the younger generation’s initiation into riding.

Can Anyone Call a Motorcycle a Bike?

Motorcycles can undoubtedly be referred to as “bikes.” Many motorcyclists even refer to themselves as “bikers” and their motorcycles as “bikes.” Since these words are so widely used, you are free to use them in whatever you like.

You’re more likely to blend in with other riders if you refer to your motorcycle as a bike. It is because they are frequently referred to as a “bike,” “hog,” or a variety of other words. The term “motorcycle” is not often used by motorcycle riders to describe their vehicle.

Instead, they frequently refer to their bikes by slang phrases or nicknames. It varies from rider to rider, so you can hear various terms describing the motorcycles they drive.

Why Are There Two Terminologies for a Single Item?

Steady production throughout the Second World War resulted in a sharp increase in motorcycle popularity and availability. Harley Davidson significantly contributed to this effort by providing over 88,000 models to the USA and its allies.

The younger generation starting to ride in the years after the war would have undoubtedly preferred the more colloquial term “motorbike,” which is the more appropriate of the two. Could this be the origin of the relationship between “motorbikes” and smaller motorcycles, given that you often begin to ride on lesser-capacity vehicles?

The distinction between a motorcycle and a motorbike seems nonexistent. Smaller-capacity motorcycles are frequently referred to as “motorbikes,” but there has never been a formal distinction made between the two.

The best part is that almost anyone who recognizes “motorcycle” will understand “motorbike” and vice versa, even though opinions and preferences vary worldwide.

What’s The Difference Between Argent Silver And Sterling Silver? (Let’s Get To Know)

What Is The Difference Between “Weight” And “Weigh” And When To Use It? (Let’s Discuss)