Home EntertainmentGaming Wizard vs. Warlock (Who is stronger?)
Gaming 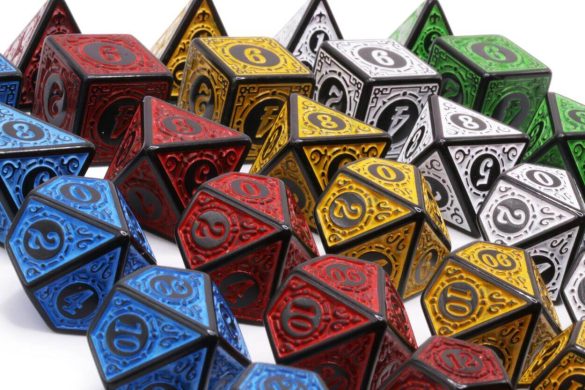 “Wizard” and “warlock” are two words that are often confused with each other. Both of these terms are associated with magic. Typically, they refer to a practitioner of magic.

English can be a very confusing language and a lot of words are mixed together very often. Many people use the words wizard and warlock interchangeably, which is incorrect. Both the words have very different meanings and are meant to be used in different circumstances and contexts.

In this article, I’ll be providing you with all the differences you need to know between the terms wizard and warlock. You’ll also find out which one is stronger later in the article.

What’s the difference between Wizard and Warlock?

The main difference between wizard and warlock is that wizard is a middle English word meaning “wise”. It’s comparatively a new word in the English language. Whereas, a warlock is an old English word which is referring to an “oath breaker”.

It’s an archaic word as it was once used commonly but now it’s really ever used. The word warlock is derived from the old English word “waerloga”. This term has been associated with a darker character as their presence was thought to be negative.

This character was associated with harming the existence of the community. They’re commonly perceived as those who are more inclined toward the use of dark art and evil spells.

On the other hand, wizards usually refer to those who offer wise advice to people. They have also been known to uplift the codes of morality and ethics.

There are many fantasy stories that which wizards help the main characters attain their goals. If you’ve ever come across the game dungeons and dragons, you know what I’m talking about!

Even today, the concept of wizards is being used in software programs to guide users on how to use certain important functions. For instance, in Microsoft Word.

However, many people tend to confuse the two terms. This is because Medieval Christians didn’t provide a clear distinction between the titles. Instead, they regarded both as male magic practitioners.

Warlocks basically act as a male counterpart of witches who are almost always pictured as females. Whereas, a wizard is a male magic practitioner who practices alchemy. They tend to use spells or magic which defies the laws of physics.

Many people argue that warlocks use magic that is much more realistic than that of a wizard.

Moreover, in other communities such as the Wiccan culture, the term warlock is a symbol of something very offensive. They perceive warlocks as someone who broke the community code and may have been exiled. If you’re titled as a warlock in such communities, it’s very offensive because they give great importance to their oaths.

Wizards and warlocks have also entered the gaming world. However, even in this particular world, the two characters are very different. The difference lies in the kind of spells they cast, the level of magic they have, or the sources of power they use.

What types of Wizards are there?

The word wizard is mainly used to describe mail magic practitioners. They’re mostly seen as wide people who have the ability to perform magic. If you’ve ever noticed, most wizards are shown as those who have long white beards and impart wisdom.

The wizard basically has the power to do things that are against the law of physics. Their power comes from various different sources.

However, many times their power is also limited based on different factors. They’re characterized as individuals with a kind heart and good intentions, unlike Warlock.

In the game dungeons and dragons, a wizard is a spellcaster. He uses his intellect and works hard to study and learn magic. They prepare spells from books.

They’re supreme magic users, who are defined and are each classified into different types. These classifications are based on the spells they cast.

In D&D, what is the difference between a Sorcerer, Warlock, and Wizard?

In the game Dungeons & Dragons, a warlock is someone who has a pact with powerful beings that grant them magical abilities. Whereas, a wizard is a spell caster who uses his intellect and studies hard to learn magic. A sorcerer in the game was born with magic and they carry a magical birthright bestowed upon them by an exotic bloodline.

They’re all pretty different! For instance, a wizard has access to a much greater number of spells. However, he has to pick which bells to cost each day.

In order to cast a spell on the same day, they have to memorize a magic missile or fireball.

On the other hand, a sorcerer hasn’t learned as many spells but is allowed to choose which one to cast. They basically specialize in boom magic. Warlocks don’t know many spells but have other abilities which help them out.

Moreover, the three characters can be differentiated in terms of education and source of power. Wizards tend to be highly educated. They often study magic for years and manipulate the forces around them for spells.

As compared to the other two, they appreciate the magic in all its various forms. While wizards study hard, warlocks gain their power by swearing fealty to an outside source. They have very limited education and aren’t interested in finer points.

In contrast, the sorcerer has the innate ability for magic. Their magic comes from who they are and their heritage.

They’re more interested in knowing what they can do with their limited magic rather than learning spells. This makes them more adaptable.

Take a look at this video explaining the difference between the three characters in more detail:

Who is Stronger Warlock or Wizard?

This depends on the context. In the game of D&D or “dungeons and dragons,” wizards are known for having the ability to learn tons of spells.

At a lower level, a wizard is only a few spells ahead of a warlock. But after level 15, this gap widens and by level 20 the wizard knows twice as many spells as a warlock. Therefore, in such a case, a wizard is known to be stronger because he can cast many spells.

On the other hand, warlocks have the strongest at-will spells in the game. Warlocks are considered stronger because they can regain spells on shorter rest. This means that the high-level warlocks can gain more uses from a powerful spell very easily.

However, wizards have the ability for arcane recovery, which is granted to them from level one. This allows them a certain amount of spell slots to be regained after a short rest. There’s great flexibility in the kind of spells that arcane recovery allows.

Moreover, Eldritch invocations are fragments of arcane knowledge. These first become available to warlocks at the second level. The character learns two of them and the amount of invocations increases as the character levels up.

Such invocations help diversify a warlock’s skill set. It provides them with the power to be able to cast spells that usually aren’t available. They also acquire additional skills.

Like the above, there are many class choices in Dungeons & Dragons. Wizard and warlock provide two of the most distinctive routes. Wizards are known for intelligence-based learning while warlocks are known for charismatic bargaining.

Which Would Be Better Spellsword, Wizard, Warlock, or Sorcerer?

Warlocks are considered to be the best out of the three at being a spellsword. There’s a distinct subclass of warlock which focuses on summoning a personal and magical weapon of their choice at will.

However, all three classes have their pros and cons in becoming a spellsword. For instance, wizards learn and memorize a number of spells and choose which ones to prepare in the morning.

They have a limited number of hit points, armor classes, as well as attack bonuses. Therefore, they don’t engage in melee combat.

Comparatively, sorcerers have inborn magical talent. They can cast any spells that they know.

However, they only know a very limited number of spells. They have a high number of attack bonuses and hit points but still a very low armor class.

The character of warlocks has worked differently in different editions. In the third edition, warlocks learned very few spells which were known as invocations. However, they never ran out.

They also had access to the “Eldritch Blast” and it’s very powerful.

Their attack bonuses are the same as that of a sorcerer. Although, they can wear light armor and can wield weapons. Many people tend to choose warlocks as a better spellsword for this reason.

To summarize, the main difference between wizards, warlocks, and sorcerers is:

In conclusion, the main difference between a warlock and a wizard is that wizards are seen as those imparting wisdom. It’s a new English word meaning “wise”.

Whereas, Warlocks are perceived as evil magicians of darkness. This word is from the old English and means “Oathbreaker”.