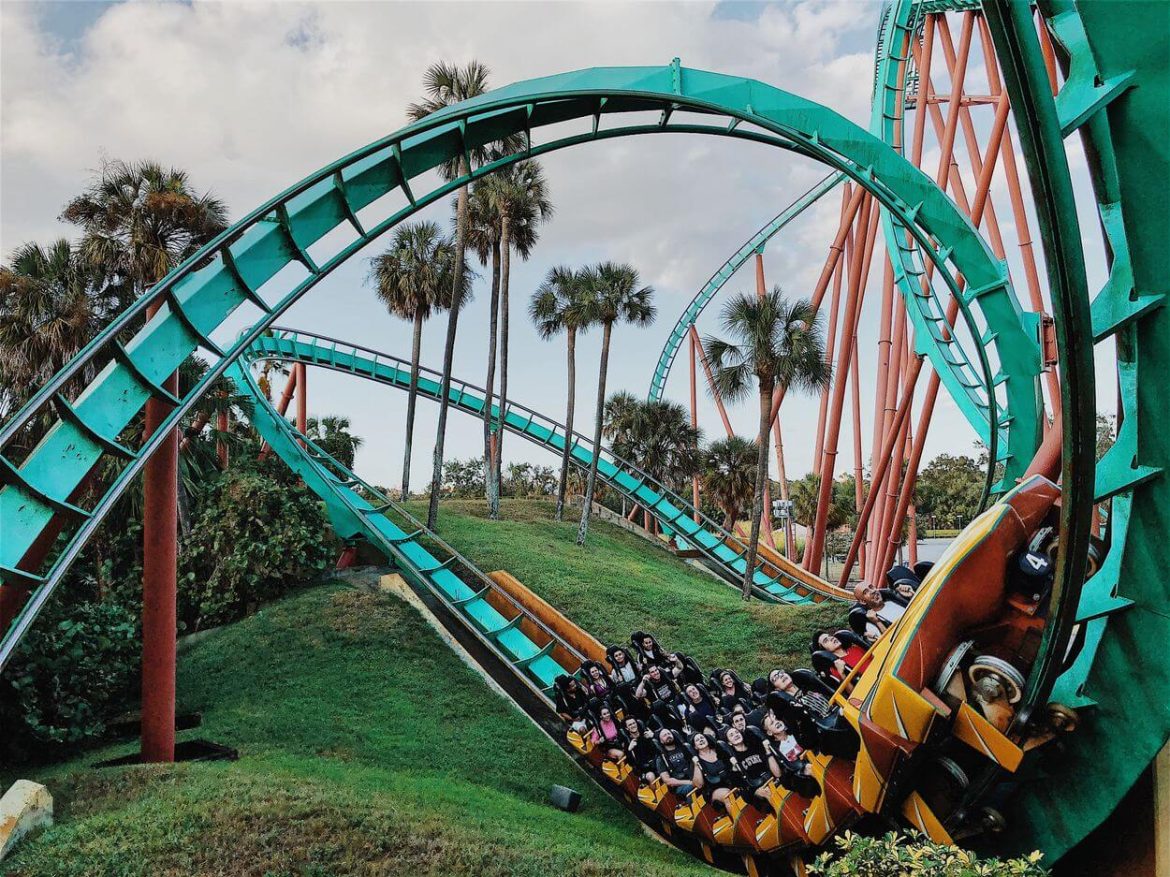 Theme parks or amusement parks are the places, where every kid wants to spend their holiday. Having fun on attractive rides is not only a source of joy for kids but adults also love to ride them in theme parks.

Theme parks originated in England and one of the earliest was Bartholomew Fair in England in 1133. By the 18th and 19th centuries, theme parks evolved as places for entertaining the masses.

During the Gilded Age dated roughly from 1870 to 1900, Americans started working for fewer hours and had a more disposable income.

Americans sought new venues for entertainment. Theme parks were set up in major cities to meet this opportunity. These parks served as a source of fantasy and an escape from the life of burdens and stress.

Disneyland and Disney California Adventure are also two modern theme parks, about many of us are familiar with.

Although both parks are similar by name but reality there is a lot that differs between them, so let’s have a look at them.

Disneyland Park is a family-friendly park with more rides and attractions with a broader audience from children to adults. Disney California Adventure has a larger number of thrill riders that proportionally have a number of height restrictions which mostly attracts the older audience.

This is just one difference between Disneyland and Disney California Adventure, to know more about their facts and differences. Read till the end as I will cover all.

Disneyland is an amusement park located in Anaheim, California, that opened in July 17, 1955.

Walt Disney came up with the idea of Disney land after visiting various amusement parks in the 1930s and 1940s. He bought a 160-acre (65 ha) site near Anaheim for his project which was designed by a creative team hand-picked by Walt himself.

Since its opening, Disneyland has gone through various expansions and major renovations. It has a larger cumulative attendance than any other amusement park in the world, with 726 million visits since its opening.

In 2014, the park has approximately 18.6 million visits, which made it the second most visited site amusement park in the world.

According to reports, the Disneyland resorts have supported around 65,700 jobs which include. about 20,000 direct Disney employees while 3,800 third-party employees.

Disneyland has been declared a prohibited flight zone by United States Federal Aviation Administration. No planes are allowed below 3,000 feet within the territory of the park.

How many rides are at Disneyland?

Naming all the rides at Disneyland would obviously make the article very long. But I’ll not miss out on the best rides you shouldn’t be missing when you visit Disneyland.

You can watch this video, to be familiar with all the rides present at Disneyland.

The concept of Disney California Adventure park arose from the meeting of Disney executives in 1995, following the cancellation of the EPCOT Center.

The construction of the park began in June 1998 and was completed in early 2001. Initially, Disney projected a high attendance rate at the park.

A series of preview openings held in January 2001 led to negative reviews. However, after the park was opened, Disney spent several years adding new.

In 2007, Disney announced a major overhaul of the park which consisted of new expansions and reconstruction of existing areas.

The Disney California Adventure park is listed as the 12th most visited place in the world.

Is it worth going to Disney California Adventure?

Yes! It is worth going to the Disney California Adventure, especially since adults would enjoy riding its thrilling rides.

Most of its visitors have shown great response, and have recommended Disney California Adventure ideal for teens and adults.

It’s Soarin Around the World and the night view of Carland with other places of attraction can make your visit to Disney California Adventure really memorable and joyful.

Disneyland vs Disney California Adventure: Are they the same?

Although both theme parks are very popular and are pretty similar by name, it does not means that both are the same. Despite the similarity in their name, both the parks also share differences between them. The table below represents the differences between Disneyland and Disney California Adventure.

Disneyland Park is a family-friendly park with more rides and attractions with a broader audience from children to adults. Disney California Adventure is a larger number of thrill riders that proportionally have a number of height restrictions which mostly attracts the older audience.

Both Disneyland and Disney California Adventure are very most popular theme parks that will make your visit memorable.

However, it gets a bit difficult to compare both the parks with each other as both are pretty similar. Each of the parks gives its own experience to the visitor through its attractions and thrilling rides.

Disneyland is a classic, you will get the full nostalgic experience while walking into the Main Street, with the Castle, museum, and the train. Disney California Adventure has also changed and is pretty iconic, with thrilling rides such as Tower of Terror and Screaming as well as Soarin’ Around the World making it a place that everyone must visit at least once.

Disney California Adventure is a larger number of thrill riders that proportionally have a number of height restrictions which mostly attracts the older audience.

Disneyland Park is a family-friendly park with more rides and attractions with a broader audience from children to adults.

Both the theme parks have hosted millions of satisfied visitors. However, Disneyland has the upper hand with eye-catching attractions and pleasurable rides. Disneyland has a rich and long history of entertaining its visitor with a high satisfaction rate.

Is Disney California Adventure as big as Disneyland?

Only seven lands make up Disney’s California Adventure, the product of a lot of hard effort and innovation to make this park distinct. Buena Vista Street, Grizzly Peak, Paradise Pier, Hollywoodland, Car’s Land, Pacific Wharf, and ‘A Bug’s Land’ are among the themes.

Disney California Adventure and Disneyland are well designed and one the most popular theme parks which are evidenced by millions of visits made there every year.

With their popularity, both theme parks have a couple of distinctions that differentiate them.

Regardless of their differences, both the parks are astonishing, and entertaining and are made built in an eye-catching manner. Both parks entertain their visitors in the best way possible which makes them one of the most preferred parks to visit.

What’s the Difference Between “In” and “On”? (Explained)

Difference Between Colors Fuchsia And Magenta (Shades of...