Home LifestyleCulture Do Girls See The Difference Between 5’11 & 6’0?
Culture 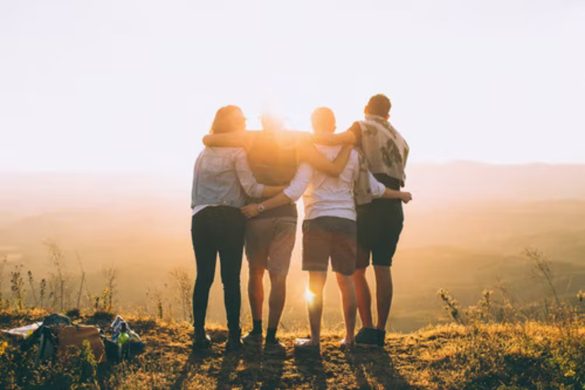 When you’re into a girl and want her to be impressed, know that there is a whole list that is in her mind that needs to be checked before letting you into the safe zone.

The list is big and different for every girl but there is one aspect that every girl sees in a guy – HIS HEIGHT and trust me when I say that IT MATTERS!

While considering physical appearance, girls do prioritize guys with 6’0 height over 5’11. But if a girl herself is short in height, she might not go for a much taller guy. Then again it is all about a girl’s personal preferences. Most of the time, they probably won’t see the difference.

This article is all about how much the height of a guy matters to a girl. Stick together for an interesting read.

Well in reality and in physical appearance the difference is just about one inch which is often unnoticed. A guy can easily say that he is 6’0 while being 5’11 and a girl would believe him.

You might wonder, why is a guy’s height so important to a girl? Actually, people associate height with strength. In people’s opinion, the more the height is, the stronger the man will be. And as girls seek security in and from the man in their life, they tend to like men of taller heights.

Even though, I really don’t think that just one inch can add too much grace or strength to someone.

We all notice and admire celebrities but have you noticed their heights ever? I am sure you just know that some of them are tall and some are shorter than the rest.

Following is the table for you to know which famous male actors are 5’11 and 6’0 tall:

Well, it all depends on your preferences and a girl’s own height.

In America, an average height of a guy is 5’9 so in comparison to that, if a guy is 5’11 he is an exception, and who doesn’t like that?

And an average height of a girl in America is 5’4, which makes 5’11 quite an outstanding height for a girl but also unwanted in some ways.

5’11 is likable in a way that it depicts good personality and strength in a guy but it is undesirable if a woman is too short for that height.

Do Girls Care About A Guy’s Height?

Girls do care about the height of a guy. I know a friend who is 5’11 herself and just can’t date a guy an inch smaller than her in height.

I personally also know couples in which a girl is taller than the guy and they wouldn’t care what people comment on them.

But generally speaking, girls like taller men. Even if they’re just an inch taller than them!

One thing that must be kept in mind here is that girls also don’t prefer guys who are too much taller than them.

If a guy is approaching a girl who is visibly taller than him, then they’re likely to be rejected. But if a guy approaches a girl who is closer to his height or shorter than him, there’s a chance they’ll actually have a shot. Study shows that women prefer to have a partner who is larger in size than them. I’m not telling that it is a done deal but generally that is what happens. So, make your move wisely.

For others, there are also girls out there who aren’t much interested in height and stuff, know the girl first to know her requirements in a guy. An article alone can not help you.

Here are other things girls look for in a guy:

It isn’t all about height. Whether a girl will give you a shot or not can be attributed to a lot of things. For instance, hygiene. It doesn’t matter what your height is, if you smell, you’re more likely to get rejected than not.

Starting up any relationship with a lie is never a good idea and in my experience, you always get caught. Also, you keep on fearing that the truth will come out one day, and eventually, it does.

While there’s only an inch of difference between 6’0 and 5’11, the principle still stands. It’s best to be honest with a potential long-term partner than lie to them.

Guys are very conscious about their height and that is because most girls like them tall.

I don’t know anyone who has lied to a girl about their height but I know guys do that. I can’t emphasize enough when I say that it is a wrong practice.

No one can ever judge your height without a measuring tape or another person standing beside you as a standard of evaluation. The difference that minor is often doesn’t matter to people so why burden yourself with a lie?

Another thing that must be mentioned here is that people often don’t know what their actual height is because they are unfamiliar with the starting and ending points that are used for measuring height.

Sometimes it is not the guy that is lying about that one inch, it is just that he doesn’t know what his actual height is.

Here is what I have to say to all the girls, give the guy the benefit of doubt if you find him lying about his height. Try not to make a big deal out of it.

And to the boys, learn how to measure your height accurately by checking out this video.

Different girls have different preferences and opinions when it comes to guys. And height is one thing that matters to most people no matter where you go.

Girls like guys who are taller than them. Some girls don’t keep a limit on how much tall can a guy be in comparison to her but some girls like the guy to be just a few inches taller than her. Also, there are some girls who keep other characteristics of a guy into consideration rather than his height.

Guys with 5’11 height are not much shorter than the guys with 6’0 height thus the difference is almost unnoticeable unless you have got a measuring tape or you’re standing beside a tall person.

Whatever the case is, it is never wise to lie about your height even when you think it is necessary for your situation because trust me when the truth will be out, which will come out eventually, you wouldn’t like the consequences.

We’re living in an era where outward appearance is given more weightage than inner beauty. Although it is a sad reality but if the other person rejects you because of what isn’t in your control, then this seriously isn’t your fault.

Love how you’re created. You are THE priority and all other things are just secondary!

Interested in reading something more? Then check out my article on What is the Height Difference Between 5’7 and 5’9?

The Difference Between Mind, Heart, and Soul