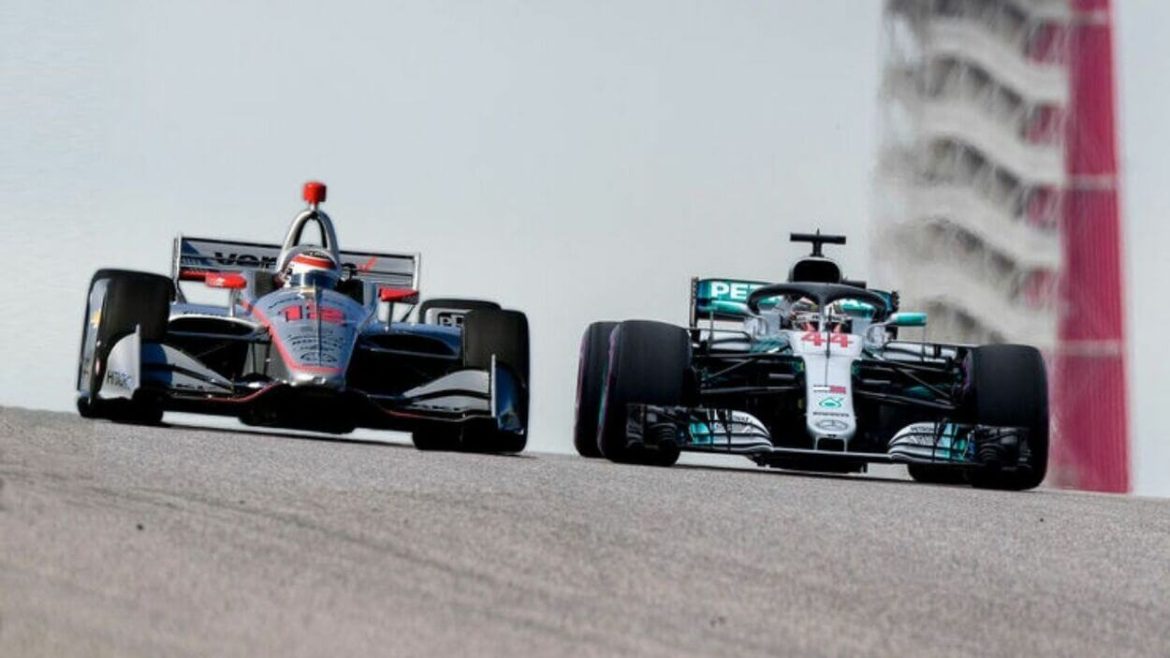 Auto-racing, or motorsports, is a very popular sport these days, with more and more people wanting to experience the thrill of the game.

The smell of burnt rubber, the sound of screeching tires, we just can’t get enough of it.

But for their popularity, many people struggle in differentiating between the multiple types of cars, especially between Formula 1 cars and Indy cars.

If you’re wondering what are the differences between these two racing cars, this article is made just for you!

But before we discuss the difference, we’ll first go over the history of motorsports.

The very first pre-arranged race between the two vehicles happened on April 28th, 1887. The distance was eight miles, and the suspense was high.

The race was completely illegal but was the birth of motor races.

In 1894, the Parisian magazine Le Petit Journal organized what is considered to be the world’s first motoring competition, from Paris to Rouen.

Sixty-nine custom-built vehicles participated in the 50km selection event, which would determine which participants would be chosen for the actual event, which was a 127km race from Paris to Rouen, a city in northern France.

The growing popularity meant that people needed a fixed spot to watch the races, and Australia was able to pick up on this demand. In 1906, Australia revealed the Aspendale Racecourse, a pear-shaped race track that was close to a mile in length.

But it soon became apparent that there was a need for specialized sports cars, as there was always a risk of competitors illegally modifying their vehicles to gain an advantage.

After World War 2, sportscar racing emerged as a distinct form of racing with its own classic races and tracks.

After 1953, modifications for both safety and performance were allowed, and by the mid-1960s, the vehicles were purpose-built race cars with a stock-appearing body.

A Formula One car is an open-wheel, open-cockpit, single-seat racing car for the sole purpose of being used in Formula One competitions (also known as Grands Prix). It refers to all of the FIA regulations that all of the participants’ cars must follow.

As per the FIA, Formula 1 races can only be conducted on circuits rated as “1.” The circuit usually features a straight stretch of road, along the starting grid.

While the rest of the layout of the track depends on the location of the Prix, it usually runs in a clockwise direction. The pit lane, where drivers come for repairs, or to retire from the race, is located next to the starting grid.

The F1 races are incredibly popular, covered by both television and live broadcasting. In fact, in 2008, nearly 600 million people tuned in globally to watch the events.

At the 2018 Bahrain Grand Prix, a proposal was issued to help improve multiple aspects of the Grands Prix.

The proposal identified five key areas, including streamlining the governance of the sport, emphasizing cost-effectiveness, maintaining the sport’s relevance to road cars, and encouraging new manufacturers to enter the championship whilst enabling them to be competitive.

What are Formula 1 cars?

Formula 1 cars are the signature race cars used in the Grands Prix. The cars are single-seated with open wheels (the wheels are outside the main body) and a single cockpit.

The regulations governing the cars specify that cars must be constructed by the racing teams themselves, but the manufacture and design can be outsourced.

Competitors are known to spend a large number of funds on the development of their cars. Some sources state that large corporations, such as Mercedes and Ferrari, spend an estimated amount of $400 million on their vehicles.

However, the FIA has issued new regulations, restricting the amount teams can spend to $140 million for the 2022 Grand Prix season.

F1 cars are constructed from composites of carbon fiber and other lightweight materials, with the minimum weight being 795kg (including the driver). Depending on the track, the body of the car can be slightly modified to adjust its center of gravity (giving it more or less stability).

Every part of an F1 car, from the engine to the metals used to the type of tires, is designed to maximize both speed and safety.

Formula 1 cars can reach impressive speeds of up to 200 miles per hour (mph), with faster models nearly exceeding 250 mph.

These cars are also known for their impressive control. They can start at 0mph, quickly reach 100mph, and then come to a complete stop without any damage, all in a matter of five seconds.

But what are Indy cars?

The other popular type of racing car is the IndyCar series. This series refers to the Indy 500’s premier series, which exclusively races on oval tracks.

The minimum weight of the car should be 730 to 740kg (not including fuel, the driver, or any other materials). The lightweight materials boost the speed of these cars, helping them reach top speeds of 240mph.

However, driver safety has always been a major issue for Indy cars.

There have been five fatalities over the course of IndyCar history, with the most recent victim being British racing professional Justin Wilson in 2015.

So what’s the difference?

Before we compare, it’s important to understand that both cars are used for largely different races.

F1 cars are used on purpose-built tracks, where they have to accelerate and decelerate very quickly.

An F1 driver has only two hours to reach 305km, meaning the car should be lightweight and aerodynamic (should reduce drag force).

In exchange for impressive speeds and a more efficient braking system, F1 cars are only suitable for short races. They only have enough fuel for one race and are not refueled during the competition.

In contrast, IndyCar series races are held across ovals, street circuits, and road tracks, meaning that the body (or chassis) of the car can be adjusted based on the type of track it will be used on.

IndyCars prioritize weight over speed, as increased weight helps them maintain momentum during a curve.

Furthermore, Indy cars are more durable, as an IndyCar series race can last over three hours, with a distance of more than 800km each race. This means the cars need to be refueled constantly over the course of the race.

Drivers need to be conscious about their fuel consumption, as they will have to make two or three stops for fuel during a race.

Formula 1 cars use the DRS system that retracts the rear wing to overtake rivals, but the IndyCar users utilize the Push to Pass button that instantly provides 40 extra horsepower for a few moments.

Power steering is a mechanism that reduces the effort needed by the driver to turn the steering wheel, meaning F1 cars have a smoother driving experience.

However, IndyCar drivers have a more physical driving experience, as they have to drive over bumpy and misshapen roads.

Romain Grosjean, a Swiss-French driver competing under France, recently made the switch from F1 to IndyCars. Just two races later, he declares that an IndyCar race around the bumpy streets of St Petersburg, Florida was the hardest he’s ever done.

For a more technical comparison, you can watch the following video by Autosports:

The F1 and IndyCar cannot be compared as they are created for two very different objectives and goals.

F1 cars look for speed, while IndyCar looks for durability. Both cars have significant popularity in both the United States, as well as internationally, and have given rise to some truly fantastic moments in racing history.

Why don’t you go ahead and try these two state-of-the-art sports cars and see how well they are!

A web story that discusses how different Indy Cars and F1 cars can be found when you click here.

Rows vs Columns (There’s a difference!)

PCA VS ICA (Know the Difference)