XPR vs. Bitcoin- (A detailed comparison) 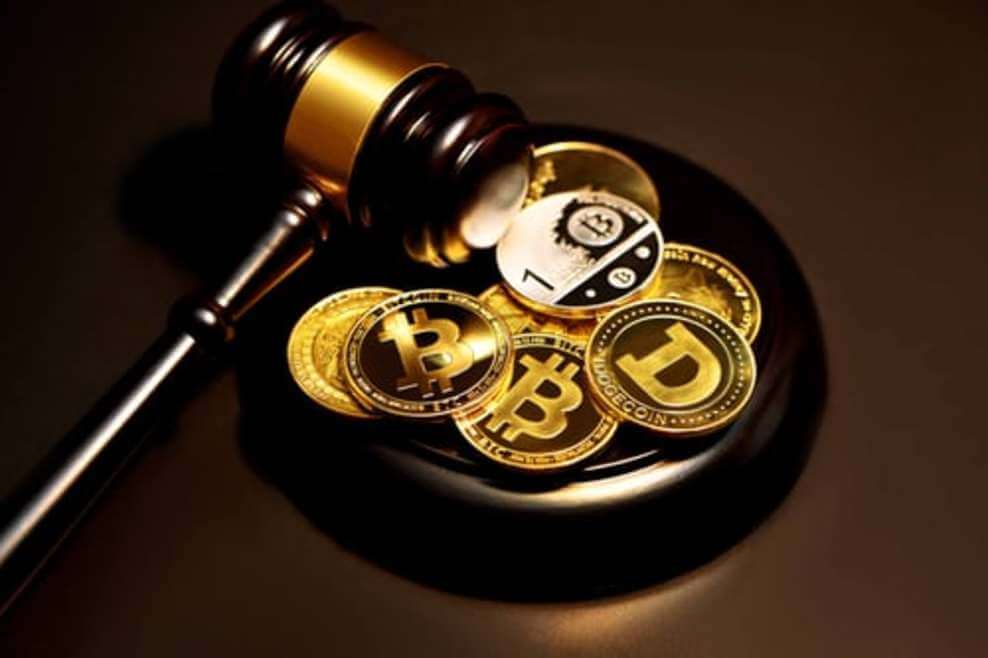 In the cryptocurrency market, which also includes Ripple XPR, Bitcoin is the market leader. Ripple (XPR) is a remittance system used to transfer assets, either nationally or internationally. With a great number of investors engaged in it, Bitcoin is the head of all the market capitalization. It is a digital form of currency that serves as a means for the payment of goods and services.

Recently, bitcoin has been heard a lot. It is fun to think of the cryptocurrency used by investors to make money. Although we have heard about bitcoin a lot, there are other cryptocurrencies as well, such as Ethereum and Litecoin. People invest in them too.

Along with that, XPR is owned by Ripple, which is not a private company but a digital means of investment and remittance system. It is also known as the platform for settling payments. XPR, Ethereum, bitcoin, and Litecoin are some of the top 5 cryptocurrencies in use.

You will learn about cryptocurrencies in this blog. I will be focusing on the differences between XPR and Bitcoin, along with the discussion of other digital currencies.

How can you differentiate between XRP and Bitcoin?

Overall, it appears that the cryptocurrency investing universe is limited to bitcoin. Bitcoin, the most well-known cryptocurrency, is the market capitalization and investor traction leader. However, there are numerous other alternatives for those seeking to diversify their portfolio and test with cash that provides a unique perspective about digital currencies.

Ripple XRP is one of them. In July 2021, Cryptocurrency has been ranked sixth in terms of the capitalization of the market.

Another distinction is that ripples are pre-mined, whereas bitcoins are created through a mining process. Furthermore, Ripple can track information on its platform, whereas the Bitcoin network only tracks Bitcoin transactions.

Hence, these are some of the startling differences between Bitcoin and XPR.

What’s the distinction between Ripple and XRP? How does Ripple’s success affect the price of XRP?

The term “Ripple” refers to a privately held company that created the cryptocurrency XRP and the RippleNet network. Ripple is both a cryptocurrency and a payment settlement platform, which should be noted.

Bitcoin is a blockchain-based technology, whereas Ripple facilitates transfers by using a consensus ledger and a network of validating servers, as well as the cryptocurrency XRP.

Ripple is meant to decrease the fee of monetary transactions and fasten them up. Some of the largest banks have already adopted the lightning-rapid payment processing network of the company. Ripple is working hard to integrate itself into banking and financial customer partnerships.

As Ripple owns XPR, its success ultimately leads to the success of XPR. Banking and investment levels will rise once Ripple is in its favor.

Now you know how Ripple and bitcoin differ from one another and that Ripple is the company that owns XPR.

What are Ripple and XRP?

Ripple is a software solutions company based in San Francisco, California, United States. Its business is selling/licensing payment software to financial institutions, and its mission is to make sending money across borders around the world as easy as possible.

Their stated goal is to “eventually transfer money/value in the same way that the Internet moves information today,” which means in an error-free, near-instantaneous, and low-cost manner.

It’s worth noting that this includes both payment and settlement, a process that currently takes days, lacks transparency, and costs a lot in terms of fees for the end user, as well as tying up capital for the service provider.

On the other hand, XRP is a type of digital asset. It exists in the absence of Ripple. It is powered by the XRP Ledger, an open-source blockchain designed for payments. If Ripple did not exist, both the XRP Ledger and XRP would continue to exist.

All in all, XPR is run by Ripple, while XPR ledger can continue to operate as an open-source blockchain for payment purposes.

Ripple’s governing board runs the company, and its stakeholders decide on strategies and their implementation.

Instead, XRP holders and contributors to the XRP Ledger are focused on the digital asset and have no say in what Ripple does as a company.

Nonetheless, there is a high level of interaction between the XRP community and Ripple developers and staff, and anyone is welcome to offer suggestions and ideas.

In addition to the well-known XRP Chat: The Largest XRP Community Forum, Ripple employees participate around the world in several recognized technical and financial working groups, attend conferences around the world, and post on Twitter and Quora, where they attempt to explain aspects of Ripple and XRP, clarify misconceptions, and outline what the future may hold.

Ripple removes one of their third-party validators for every two that are added. The XRP Ledger uses a consensus mechanism to determine whether a transaction is legitimate, making decentralization truly tailorable because nodes can choose which UNL to consult for consensus-based transaction acceptance or rejection (i.e. their preferred UNL or Ripple’s default/suggested one).

Ripple is a financial technology that is capable of working as both a cryptocurrency and a digital price network. The coin of cryptocurrency is categorized as XRP and is pre-mind as well. Ripple operates as a peer-to-peer and decentralized platform that allows seamless transfers of USD. Yen, Litecoin, Bitcoin and any other currency.

You’ve probably heard of ripple and XPR by now, right?

The key differences between bitcoin and Ripple are explained in this table.

What do you know about bitcoin ?

Here are some of the notable features of Bitcoin:

“Hard fork” in bitcoin resulted in the creation of Bitcoin cash.

The people who had bitcoin now received free bitcoin coins as tokens. The opposite currencies have not been so much competition to that of bitcoin.

The concern of bitcoin’s community and transactions has led many developers to propose a solution. Therefore, they are working on growing the transaction size and increasing its pace. it resulted in the schism by agreement of all the members of the bitcoin community.

The developers of bitcoin cash say that transaction time has been much faster now, than that of the original bitcoin.

It seems like Bitcoin is a very good option for investment in digital currency. For the time being, it rules out all other cryptocurrencies.

What do you know about Ripple (XPR)?

Ripple is positioned as the blockchain that funds large institutions primarily.

For now, it takes a few days and comes to a high cost of payment as it is done on an international level.

High-extent, low-value transactions, which include those paid out with the aid of Facebook to app developers, are a source of situation for banks. These are unprofitable for banks as it takes numerous efforts to transport the cash and the proportion cut isn’t as excessive as it might be for a larger transaction.

Here are some of the interesting functions of Ripple (XRP)

Trials were performed on institutions such as the American Express and Santander, to solve this problem.

Which one is better for investment, bitcoin or ripple?

Various people have their own opinions and experiences in this regard. Every person faces the benefits and disadvantages of investing in cryptocurrencies. Some believe it is worth it, while others think twice before investing in digital currencies.

Let’s have a look at some of the experiences.

People generally believe that Bitcoin is, by far, the better investment option. It is in short supply. It has a cult following. Many investors and individuals are educating people on how Bitcoin works and how to keep it safe. Furthermore, Bitcoin is a currency that can be used in the same way that paper money can.

On the other hand, lots of people have the opinion that Ripple is a blockchain platform that will only be used by financial investors. It is collaborating with the banks directly. However, XRP, its digital asset, is not as promising.

If you have to choose between Bitcoin and the XRP currency, Bitcoin is the clear winner.

In contrast to that, Ripple as an organization is a better bet.

In my opinion, It all depends on your goals and philosophy. Bitcoin is a decentralized cryptocurrency with a distributed and immutable ledger, while Ripple is everything except a central database that is not open source.

Buying and holding either will almost certainly pay off in the long run if you look at it from a profit standpoint, but not from a financial perspective.

Bitcoin or Ripple, which one would you choose?

While making a decision, researching both currencies is very important. It is your money that should be invested wisely, according to your preference. Stating all the facts, one should see where he has to invest.

Though it could be argued that Bitcoin is slightly less risky than Ripple in the long run.

When purchasing Ripple, you should consider it more like a stock in the company than many other cryptocurrencies.

XRP and its payment network, Ripple, have gained widespread recognition as an enterprise-focused on blockchain implementation and network. Transactions of Fiat currency, commodities, and any value-bearing instruments are supported by XRP.:

Because it was designed to support global transactions at an enterprise level, XRP is frequently compared to traditional systems such as SWIFT, which facilitates global interbank transactions through its networking technology.

Given all of Ripple’s accomplishments, many believe that it will one day surpass bitcoin to become the world’s largest cryptocurrency.

You could also diversify, conduct research and then decide, and be cautious about who you obtain information from. You could always alternate your decision with the research and authenticity of your experiences.

In conclusion, Ripple (XRP) and Bitcoin are two different types of cryptocurrencies. Both of them vary in terms of supply, transactions, investment levels, and services. Investors prefer Bitcoin for many reasons, but XRP has its reasons to lead the cryptocurrency era in the future.

XRP and Ripple are often confused as being similar. XRP is run by Ripple, which takes its due share in the success of XRP. On the other hand, Bitcoin is all-in-all independent. It is a truly public system with no authorization to any person, organization, or government. A person who wishes to invest in a cryptocurrency should conduct preliminary research.

Digital investments have their pros and cons. It is quite risky too. Your money your description should be free of prejudice and bias.

Click here to view the web story discussion on how Bitcoin and XPR are different.

The Difference Between Popular Anime Genres