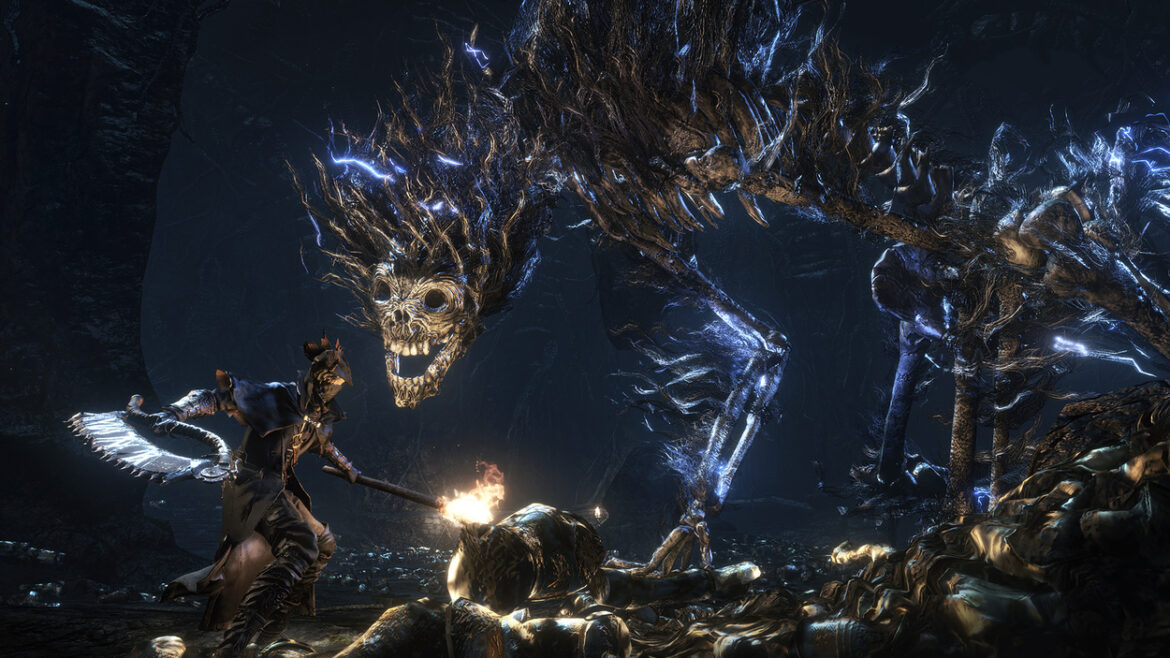 There was a time when video games treated gamers like kids and didn’t trust them to figure things out unless it was shoved into their face as an intrusive tutorial, multiple pop-ups, or something similar.

But Dark Souls changed everything. The game was the first one created by FromSoftware that let players decide what they wanted to do on their own without being spoon-fed. It was a winning formula since they released another game similar to this one, named Bloodborne. However, there are slight differences between both.

The most important one is the rewarded playing style. In Darksoul, you’re encouraged to play cautiously, mainly defensively. On the other hand, Bloodborne encourages you to play on an aggressive streak and attack your energy at the foot front.

If you’re interested in knowing more about these games, keep reading.

Dark Soul is a video game introduced by the company named FromSoftware. It has already been published on PlayStation 3 and Xbox 360.

Playing Dark Souls is all about exploring dungeons and dealing with the tension and fear that arises when you encounter enemies. It’s a spiritual successor of the game Demon’s Soul. It’s an open-world game played from a third-person perspective.

A dark fantasy world challenges you to survive using various weapons and strategies. You can interact with each other online without talking directly due to its online features. Its two sequels have already been released in 2014 and 2016, respectively.

Bloodborne is a horror video game developed by the Japanese company FromSoftware and released in 2015.

It was exclusively designed for the PlayStation 4. It’s all about exploring Yharnam, an ancient city plagued with an endemic illness spreading like wildfire throughout its streets. The dark and horrifying world around you is filled with danger, death, and madness, and to survive, you have to find out what’s going on.

While Bloodborne has similar mechanics to Souls games, it shows some departures from the Souls series. A significant change is the setting – it’s set in Victorian times with steampunk elements rather than the medieval setting of Souls games. Another difference is that there are no shields or heavy armor, and combat is more aggressive.

Difference Between Dark Souls And Bloodborne

Even though both games are produced by the same company and follow the same principle, there are slight differences that let you decide which game is suitable for you. Those differences are listed here.

Here’s a table comparing both games.

Is Dark Souls the same as Bloodborne?

Dark Soul and Bloodborne are similar on a spiritual level but different on a technical level.

The same company creates these games to give their players something hard to crack. However, you cannot say that they are similar. There are differences between their combat styles, weapons, and healing process.

Bloodborne’s new combat elements are intended to reward aggressiveness and proactivity more than Dark Souls did. Dodges go further and burn less stamina, healing supplies are quick to use, gunshots may parry foes from afar, and lost health can be restored if players counter-attack adversaries quickly enough.

Is Bloodborne Easier Than Dark Souls?

Bloodborne is considered to be pretty tough as compared to Dark Souls.

You can’t hide behind Havel’s great shield since the shields are useless in Bloodborne. And in Dark Souls, you can go all three games without parrying. You don’t have a shield in Bloodborne, so you have to dodge. It’s almost impossible to beat Logarius or Gasgoine without resisting. In Bloodborne, items like insights and Bloodrock are hard to farm. Also, parries are limited in the game. The Defiled Chalice dungeon is also tricky.

Which Soul Game is similar to Bloodborne?

You can find eight other games that are similar to Bloodborne.

The aggressive approach of playing with a weak shield and quick game magnitudes make it quite different from other games of its series.

Bloodborne was launched after the winning success of the Dark Soul series. However, it’s pretty different in many things. This difference makes it more appealing to players. Especially ones that love fast-paced.

Bloodborne was a reply to Dark Souls’ armor-and-shield fighting, whereas Sekiro: Shadows Die Twice was a reaction to Bloodborne and Dark Souls 3’s dodge-and-light-attack-spamming gameplay.

Which Dark Souls Is The Best?

The best one-on-one fighting game of them all is Dark Souls 3.

You get to collect a lot of weapons and armor. Though it has a slightly higher framerate than previous games, the combat is still incredibly fluid and responsive. You’ll have the best gaming experience among all games of this series while playing Dark Souls 3.

Is The Bloodborne Open World?

Yes, the Bloodborne is played in a large and open-world environment.

You can experience the continuous open-world environment while playing Bloodborne. Like in Dark Souls, the world is interconnected, and some areas are open from the beginning while others are unlocked as you progress.

Which Is Better, Dark Souls Or Bloodborne?

It all depends on what you think is better. Yet, most players prefer Bloodborne to Dark souls.

The majority of players consider Bloodborne better than Dark Souls. Dark Souls’ core concepts are refined and reimagined in Bloodborne to the point that it surpasses even the flagship game that made FromSoftware famous. Dark Souls is engaging from the start, but Bloodborne is even more so and commands your immediate attention.

Here is a short video clip about Bloodborne.

Difference Between Apostrophes Before & After “S”