Home LanguageSayings “Copy That” vs. “Roger That” (What’s the Difference?)
Sayings 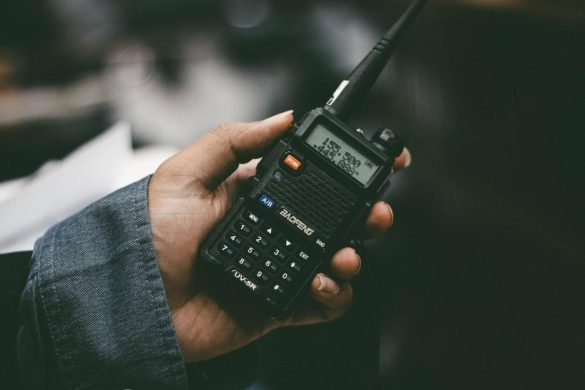 In Military Lingo, we use both of these terms. In business, saying “Copy that” is like the term “Noted.” It usually means you got the information and will take note of it for next time. However, no one suggests using “Roger that” in business, as it sounds too casual, and it’s not just the right place to use it.

Let’s find out their usage along with their other differences.

What Does “Copy That” Mean?

“Copy that” is generally used in speech and text-based communication. It usually translates to “I heard and understood the message”, abbreviated as “copy.”

So, basically, this phrase indicates that the message has been received and understood.

This phrase has been used to reply and to seek confirmation over whether the person has understood the information. The term becomes a question just by simply adding a question mark after it. For example, “Do you copy that?”

Even though it’s not an official term used in military voice procedures, military personnel still widely use it. It used to be exclusive to radio communications, but it got into the vernacular, as many people now use it in everyday speech.

Hollywood movies, shows, and video games use this term too. I’m pretty sure that’s where you’ve heard this phrase from!

Why Do Soldiers Say Copy That? (Origins)

Although the origins of this phrase are unknown, many believe that Morse code communication established the term. In the older days, all radio transmissions were made in Morse code. It’s a sequence of short and long buzzing noises representing the letters of the alphabet.

Morse code or radio operators couldn’t understand Morse directly. So, they had to listen to transmissions and then note down each letter and number immediately. This technique is known as “copying.”

In short, “Copy that” stood for the complete phrase “I have copied the message onto paper.” This meant that it had been received but not necessarily understood yet.

The radio technology advanced enough to send and receive actual speech. Once voice communications became possible, the word “copy” was used to confirm that the transmission had been received or not.

Reply to “Copy That”

Even though “copy that” means that one understood the information, it doesn’t say anything regarding compliance.

When one asks if you’ve understood the information, then a better and much simpler response, in this case, is “Wilco.” I heard you, know you, and I’ll comply or take immediate action.

You can keep this in mind for next time when someone asks if you copy or not!

What does the Phrase “Roger That” Mean?

Like “copy that,” this phrase signals that a message has been received and understood. Some also believe that “Roger” is a “yes” reply to confirming a command. It ensures that the recipient agrees with the statement and instructions.

In radio voice procedure, “Roger that” basically means “received.” In fact, it’s common in the US military and aviation to reply to one another’s assertions with the phrase “roger that.” It stands for the words “I understand and have agreed.”

Here’s a list of a few words which mean the same as roger, and it can be used as a replacement for them:

Origins of the Phrase “Roger That”

However, it goes back to some of the first flights ever. Until 1915, pilots highly relied on support from the staff on the ground when flying.

The team also relied on radio transmissions to be able to give clearance to pilots. They sent “R” as a form of confirmation.

As radio technology evolved, there was now two-way communication. The term “roger that” started being used immensely during these times. They began by saying “received” but later shifted to “roger.” This is because it was a more effortless command and because not all pilots could speak English that well.

This is how the phrase found itself in the aviation industry and the military.

Is Copy That Thee Same as Roger That?

“Copy that” is used for communications between two other stations, including information from one’s station. It means that the information has been overheard and received satisfactorily.

Both phrases, “copy that” and “roger that,” are considered jargon used in the military or slang words. You could say that the difference between Roger and Copy is that the former is used to acknowledge an instruction. At the same time, the latter is used to recognize a piece of information that may not require an effort.

In short, “Roger” is more for demands. On the other hand, “Copy that” is often used as an acknowledgment.

Why is “Roger That” Used Instead of “Yes Sir” in the US Military?

While “roger that” is common in the military, it’s not the correct response for every situation.

“Roger that” isn’t meant to be used instead of “Yes, sir.” Contrary to popular belief, the meaning and context of using each aren’t generally interchangeable.

“Yes, Sir” is used to acknowledge or affirm an order or direction. The guidance is usually given by a superior officer, in this case, usually a Commissioned Officer. An enlisted soldier would never say “Yes, Sir” to another soldier.

On the other hand, “Roger that” conveys immediate understanding and compliance to another soldier or superior. It’s used to respond to soldiers regardless of their rank.

Is Saying “Roger That” Rude?

“Roger that” isn’t rude because it’s still a reply that means they understand what you mean to communicate. It was even derived from the old ways, where the replier would say “I read you” after hearing the transmission of the other party.

According to another version of its origin, the radio operator shifted from saying the whole phrase “I read you” to its shorter form, “Read yah.” This “read yah” sound was confused and eventually known as “Roger.”

However, many believe that this phrase has no soul and is very robotic. It’s considered nearly an automatic yes, and an expression of understanding and obedience.

The ten codes were created in 1937 by Charles Hopper, the Communications Director of the Illinois State Police. He made them for use in radio communications among cops. It’s now considered CB radio talk!

Here’s a table summarizing the significant difference between roger, copy, and 10-4:

Like “roger that” and “copy that,” there are many other phrases has been used in radio communication.

Moreover, there’s also a phrase called “Lima Charlie.” This phrase is indicative of the letters “L” and “C” in the NATO alphabet. When used together in military parlance, they stand for “Loud and Clear.”

Another jargon or slang often used in the military is “I’m Oscar Mike.” Sounds weird, doesn’t it! It translates to “On the move.” It was specifically chosen to represent the spirit of its founder, who was a paralyzed marine, and the veterans he served.

In contrast, Navy soldiers use “Aye Aye” instead of “roger.” This implies that roger was exclusively a term used for military radio communication. They just got so common, so we assumed that it’s applicable anywhere.

Here’s a video on other common military expressions that have become a part of everyday life:

In conclusion, to answer the main question, “Copy” just means that you’ve heard the information. Whereas “Roger” means that you agree to the report.

One could say both phrases are just acknowledgments in one form or another. However, “Roger that” is often used in informal situations and for soldiers regardless of their rank.

The whole point of these phrases is to use as few words as possible to communicate clearly and avoid misunderstandings. This is because unnecessary verbiage adds time and also potential problems in translation. I hope this article helped you understand the difference between the two phrases!

Click here to see the summarized version of this article.