Cranes vs. Herons vs. Storks (Comparison) 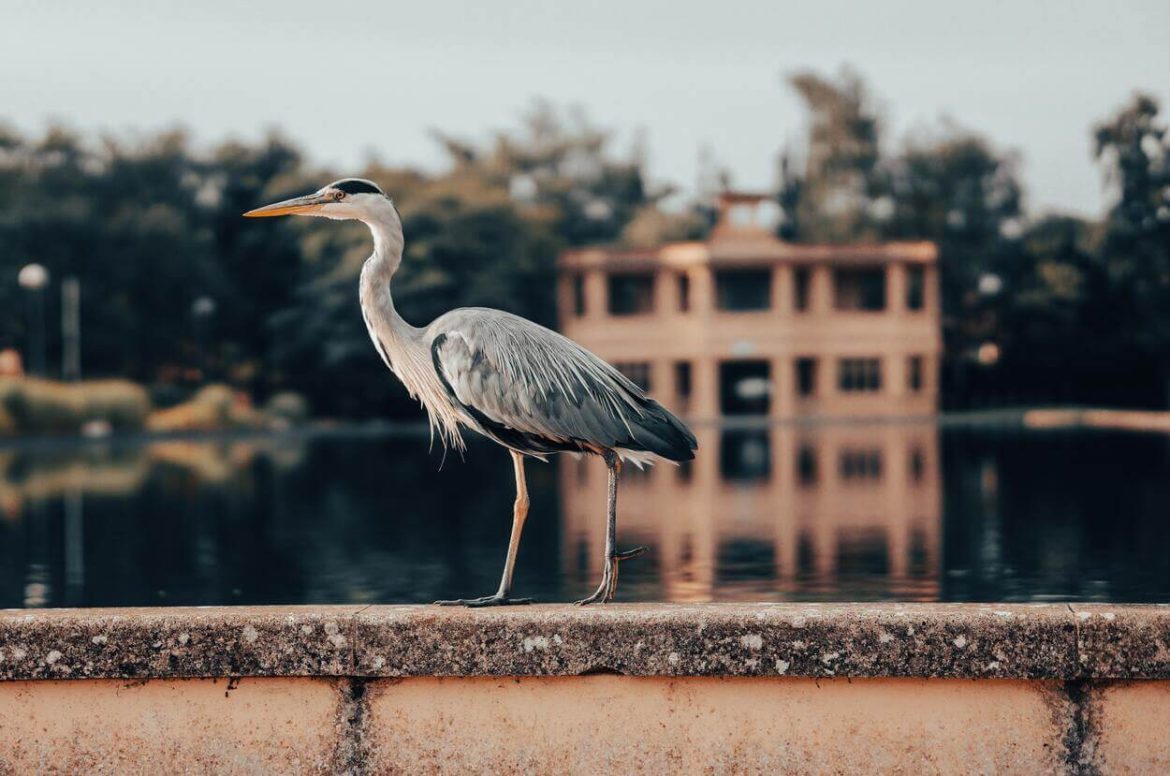 It’s very easy to get confused between animals that look almost the same. Many times the human eye can unintentionally ignore tiny details which help differentiate one thing from another.

Cranes, herons, and storks are very intriguing birds. All these birds are large ones with long beaks, legs, and long necks. This is why it’s easy to confuse them with each other at the first glance.

However, they have many traits which help set them apart. They differ in terms of structure, flight, and other characteristics which are unique to each. They even have slight differences in their appearance if you look closely.

If you’re someone who’s interested in knowing how to differentiate between these birds, then you’ve come to the right place. In this article, I’ll be discussing all the differences between the bird cranes, herons, and storks.

Are Cranes the Same as Storks?

A stork and a crane are both large birds. However, they both have a lot of differences in terms of their appearance and other aspects as well. While they look similar, they’re not the same.

They’re both very diverse birds but don’t have much of a difference in the numbers between them. Storks have 19 species all over the world, whereas, cranes have 15 species only.

Cranes are regarded as opportunistic omnivore creatures. This is because they have the ability to adapt their diet to situations that are based on the availability of food and energy. On the other hand, storks are known for being carnivores.

Whereas Cranes usually build their nests on shallow waters. So, this means that they want to live on lower platforms.

Additionally, storks prefer to live in a more dry habitat. While cranes like to live on or near lands with water, they are extremely vocal and you’ll often hear them chirp. Whereas, storks are completely mute.

Storks are regarded as migratory birds who like to travel long distances. On the other hand, cranes can be both, migratory and non-migratory.

The cranes are known to be one of the tallest flying birds. However, storks aren’t classified as the tallest birds.

Take a look at this table differentiating between a stork and a crane:

Is a Crane Different Than a Heron?

Yes, cranes and herons are two different birds. They are two of the most confused birds. This is because they’re both water birds, which are very similar in appearance and this makes it difficult to differentiate between them.

However, they do have a few differences between them and if you know about these differences, then you’ll be able to correctly identify the birds.

Both the birds belong to two distinct families and also have different social behaviors.

Cranes come from the family of Gruidae. This family has 15 species all over the world and two of them are native to North America. These two are the whooping crane and the sandhill crane.

On the other hand, herons belong to the family of Ardeidae. There are various types of herons in North America. These include the great blue heron, the little blue heron, green heron, yellow crown night heron, and black-crowned night heron.

Cranes are extremely rare birds. There are only about 220 whooping cranes that have been documented to be living in the wild and the same amount which is living in captivity. The wild whooping cranes are very particular about their habitat.

For instance, they live in the marshes of Canada’s good Buffalo National Park in summer. Whereas, in the winters, they live on the Gulf Coast of Texas’ Aransas national wildlife refuge. On the other hand, cranes that are in captivity live in Wisconsin in the summers and on the Kissimmee Prairie in the winters.

Comparatively, herons are found throughout the US, Mexico, as well as Canada. Different types of herons live in different types of habitats. For instance, the great white herons can only be found in South Florida.

In short, yes a crane is very different from a heron!

How Do You Tell a Crane From a Heron?

The whooping crane is regarded as the largest bird in North America. It’s 52 inches tall and has a wing span of approximately 7 feet. The sandhill crane also has a similar wing span.

Whereas, the great blue herons are about 46 inches tall. Their wing span is approximately 6 feet. Other species of herons are only about 25 inches tall.

Moreover, you can also differentiate between the birds by looking at their flight. Herons have an “S” shape when they’re flying because they curl their head back and rest it on their body.

Whereas, cranes have their necks outstretched when flying. While cranes have sharp movements with their wings, herons have very slow wing beats.

It’s believed that the easiest way to differentiate between the two birds is by looking at their necks. A crane’s neck is shorter than that of a heron. Cranes also hold their next straight up and outstretched, especially when flying.

Additionally, you can tell a crane from a heron by watching how they fish for food. Cranes usually utilize the bill and use it as a tool to hunt for their prey.

Whereas, a great blue heron chases their prey. They’re considered the most efficient hunters of fish.

Is There an Easy Way to Recognize Difference Between Cranes, Herons, and Storks?

Cranes, herons, and storks are all very large birds that have long necks and long legs. They all belong to distinct family backgrounds, which is what sets them apart.

However, because they look alike, many people have this misconception that they are the same birds with a few variations. But that’s not true! They’re completely different birds and have many characteristics and traits which help differentiate between them.

Firstly, the easiest way in which you can differentiate between them is by taking a look at their bill or beaks. Storks usually have a heavier bill as compared to cranes, who have a short bill. Whereas, herons have bills that are in between that of a stork and a crane.

Moreover, there are many other ways in which you can tell them apart. For instance, you can differentiate between the birds through their flight.

Herons fly with their necks retracted and curled up. Whereas, storks and cranes keep their necks outstretched when in flight.

Typically, the way that herons hunt is by standing motionless near water bodies. They wait for their prey to come within a distance in which they can strike and then it spears the prey with their bill. Whereas, storks or cranes do not use this type of strategy at all.

If you’re looking at a bird and can’t tell which one it is, then take a look around! This is because these three birds also differ in their habitats.

Herons are mostly found near water. While some storks and crane species do prefer water bodies, they also are found on land away from aquatic habitats. So, if you see a large bird near water, it’s most likely to be a heron.

No, these birds aren’t that closely related. According to the birder’s checklist published by ABA, herons, bitterns, and egrets are related because they belong to the same family of Ardeidae.

On the other hand, pelicans belong to a completely different family. This is the family of Pelicanidae. While cranes also belong to a distinct family which is Gruidae.

While cranes and storks look very similar, storks also belong to a completely different family altogether. They come from the family of Ciconiidae.

The birds are so similar in appearance that it comes as a shock when people find out that they’re completely unrelated. They don’t even belong to the same families, however, they’ve evolved to look alike.

Take a look at this video of storks, cranes, and herons:

In conclusion, the important points from this article are:

I hope this article helps you tell apart the differences between each bird.

A FALCON, A HAWK AND AN EAGLE- WHAT’S THE DIFFERENCE?

HAWK VS. VULTURE (HOW TO TELL THEM APART?)

“I owe you” vs. “You owe me” (Difference Explained)

Kendo vs. Fencing (What’s the Difference?)